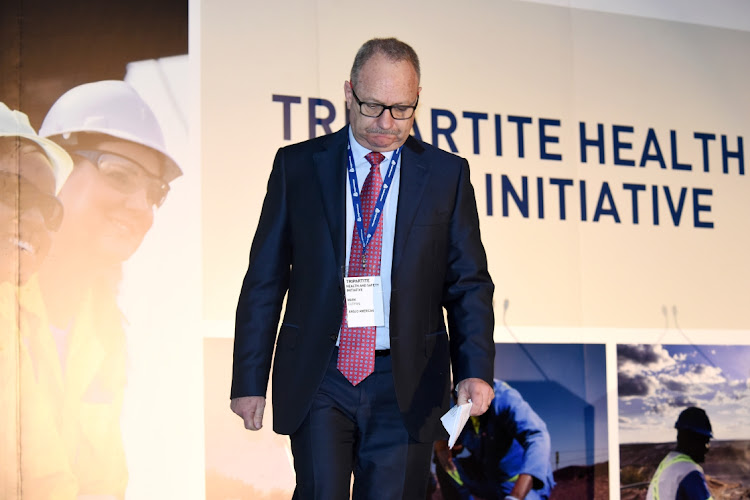 Anglo American marked a major milestone in its efforts to burnish its green credentials last week.

The mining giant, which was formed by Ernest Oppenheimer in 1917 and dominated SA’s economy for much of the past century in which SA’s development was based on fossil fuels, laid out plans to spin off its thermal coal business to shareholders under the name Thungela Resources.

Anglo is not alone and joins heavyweight rivals such as Rio Tinto and BHP Group in exiting the highly polluting power station fuel amid pressure from investors, lenders, insurers and environmental activists.

The deal hands investors a company with gross assets valued at $1.3bn or nearly R19bn at the end of December.

The coal spin-off adds to steps taken by CEO Mark Cutifani in recent years that included cutting its thermal coal output from about 80-million tonnes to roughly 20-million tonnes, having already sold SA mines with supply contracts at Eskom to Seriti Resources.

That wasn’t enough to prevent it being dumped by Norges Bank Investment Management, the world’s largest sovereign fund with an average of  1.5% of every listed company. The $1-trillion Norwegian fund also dumped Glencore and Australian energy company AGL, which owns coal-fired power stations.

Exclusions by the Norwegian fund are widely watched by investors, who are increasingly putting a premium on companies boasting strong environmental credentials. Other players such as BlackRock, the New York-based company that is the world’s largest asset manager, have warned corporations to step up efforts to fight climate change after themselves coming under pressure from activists locally.

The same investors are also putting pressure on insurers and banks to cut off funding for coal-related projects. Under fire from shareholders, Standard Bank adopted a new lending policy on coal projects in 2020, putting pressure on the likes of Seriti Resources and Exxaro to watch their emissions or risk being cut off from funding.

With only a one-third stake in a thermal coal mine in Colombia remaining in its portfolio after the Thungela spin-off, Anglo has got rid of virtually all unwanted assets and is focusing on copper and platinum — metals that are expected to be in demand in the global transition towards clean energy.

The stage is set for Anglo to become an environmentally friendly mining heavyweight in the next few years and reclaim its place in the portfolios of an expanding universe of environmental, social and governance (ESG) funds which, according to data from Morning Star, saw a twofold jump to $326bn in 2020 from 2019.

That the deal significantly boosts Anglo’s ESG credentials — a broad evaluation of corporate behaviour in relation to nature, society and shareholder rights — is not in dispute. Sadly, shifting the thermal coal business away from its empire into the hands of investors does nothing to reduce global emissions.

Handing over the polluting companies to black investors has also raised questions about the sincerity of companies such as Anglo and Australia’s South32, which is in the process of offloading its SA coal business to Seriti. Are they simply, and literally, washing their hands of dirty assets that represent long-term liabilities, ultimately to be borne by their empowerment partners?

But the case for shutting down the mines, which have lives ranging between five and 11 years, and for which there are no immediate plans to crank up production, does not stand up to scrutiny either. Thermal coal may be the highest carbon-emitting source of energy, but it still makes up about 35% of the world’s energy supply, with emerging market countries among the biggest consumers.

India alone is the largest market for SA’s thermal coal, consuming 72-million tonnes a year, while Eskom generates the bulk of its electricity from coal-fired power stations.

Shutting down the mines, which employed more than 6,000 people as of December, would appease environmental campaigners. But it would not be sensible.

Like other coal companies, Thungela will remain an important player in the global energy industry for the immediate future, and there will be investors, banks and insurers who acknowledge this reality.

EDITORIAL: Tax evaders should consider if evasion is still worth the risk

EDITORIAL: Adapt IT shareholders have reason to hold out for more

WATCH: What lies ahead for Thungela Resources?

WATCH: What lies ahead for Thungela Resources?