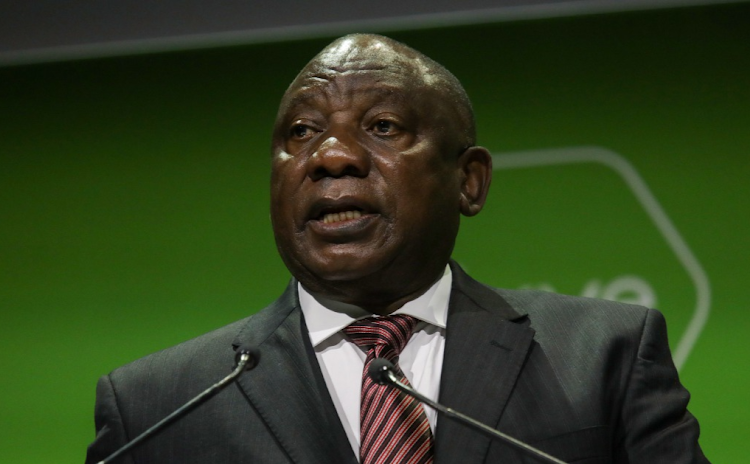 It is, Google Translate tells me, “il rapporto per battere tutti i rapporti” — the report to beat all reports. It somehow sounds great in Italian.

What we’re talking about here is SA’s Country Investment Strategy (CIS). You have 30 days to comment to the presidency, the office from whence it emerged last week. I have to admit I was quite excited when it landed on my phone. I didn’t know we had such a thing. I mean I know President Cyril Ramaphosa has been holding annual investment conferences and this year almost reached his five-year, R1.2-trillion investment target with a year to spare.

But that’s because it was never a stretch target. Our GDP in 2018, when Ramaphosa set the target, was a shade over $400bn, about R6-trillion. To get to R1.2-trillion in five years required investments of just R240bn a year, about  4% of GDP. But if you’re chasing investment-led growth you need fixed investments north of 25% to really grow. Ramaphosa’s own National Development Plan (NDP) targets 30% a year. So R1.2-trillion is chicken feed.

At best we get to 13% (20% at our peak in Thabo Mbeki’s last years in power). Last year our fixed investment to GDP ratio was 13%. Botswana did 28.5%, Nigeria 31%, India 26%, South Korea 33%, Turkey 28% and France 24%. Our investment calculations traditionally assume state-owned companies do about a third of all investing.

So you get the picture. Our investment rates and ratios stink. Then comes the CIS, gazetted for comment on May 27. Like I said, it was exciting to read in it, seemingly out of nowhere, that “SA has taken the decision to drastically alter the way in which it does business towards advancing the country’s future growth and prosperity ...” Crikey, I thought, what next? It was this: “... thus, requiring a wholly non-myopic approach with respect to the country’s programmatic initiatives. With this milieu, it is of exceptional importance that meaningful and effective partnerships for development are established.” I. Kid. You. Not.

This document is 189 pages long. I’m going to be kind and assume it is the product of many meetings and much discussion, the final draft — or at least the top of it — written by an earnest, decent and hard-working young man or woman, an intern perhaps, in the presidency. Out of respect for its sheer size, I’ve spent a lot of time reading it.

It doesn’t improve with time. The authors have discovered a book called Why Nations Fail, by Daron Acemoglu and James Robinson (whose name the draft misspells). Their central thesis is that countries with sound institutions succeed and those which don’t, don’t. So we’re now going to attract our investment based on their ideas. A few years ago we were going to become an entrepreneurial state, after Pravin Gordhan discovered the writings of Mariana Mazzucato. Gordhan wrestled her onto Ramaphosa’s economic advisory council, from where she would breathe new life into the very meaning of public enterprises. Not.

“Recent data,” says the draft, “indicates positive benefits (of foreign investment) to host developing countries, particularly through increased levels of knowledge transfer and technology diffusion ...” I can’t go on. The presidency has just realised (“recent data”??), his investment strategy announces, that foreign investment can actually be useful. How thick are these people?

Don’t bother reading this thing, by the way. Throw it away for the useless drivel it is. You can look over and over again for details of the “drastic” alterations to the way we do business and they are just not there. It is just another unsupported assertion, as has been way too much of Ramaphosa’s presidency.

We can leave it here, I think: “The CIS seeks to close the gap in SA’s investment efforts by addressing the absence of structured co-ordination across various mandates [like investment agencies] and processes relevant to mobilising and enabling investment. The CIS is importantly underpinned by and aligned to the aspirations and objectives articulated in the NDP, the country’s Economic Recovery & Reconstruction Plan (ERRP), the Re-imagined Industrial Strategy (RIS), Sector Masterplans and the National Infrastructure Plan (NIP) 2050.”

The Re-Imagined Industrial Strategy is new to me. I read now that “the Reimagined Industrial Strategy is the centre-piece of government’s vision co-ordinated by the presidency and puts emphasis on concrete actions. It presents a multipronged approach to industrial development with emphasis on building partnerships with the private sector in order to unleash job-creating investment.” The only thing  trade, industry & competition minister Ebrahim Patel has “unleashed” is a string of inflation-triggering trade barriers and import substitutions.

Anyway, this is not how a successful government talks to investors, This is an incoherent government talking to itself. A decent investment pitch is two paragraphs long. Invest, make all the profits you can, take them out whenever you want, employ as many of us as you can, teach us how to do it as well as you can, and if you’ve got markets to export your stuff too, please introduce us. Otherwise, welcome, grazie per averci scelto e buon soggiorno. Thank you for choosing us and enjoy your stay.

Like their white counterparts, black capitalists do what all capitalists do and that is to try to take the shortest route to the maximum profit for ...
Opinion
1 month ago

PETER BRUCE: Ebrahim Patel wields his plans like a hammer

CHRIS GILMOUR: Higher rates are good for investors, retailers not so much

CHRIS GILMOUR: Higher rates are good for investors, retailers not so much