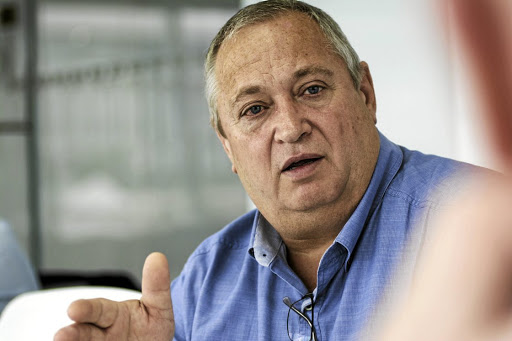 Managing a strike in the SA mining sector is a difficult job on most days. Mining’s entanglement with SA’s history, politics and economics make it the one sector where wage disputes transcend the question of how much more to pay or not to pay.

Its disconnected structure — where prices are set in global markets and do not always have to share correlation with production costs and wage bills — invites tensions that add complexity to negotiations.

For Sibanye/Stillwater CEO Neal Froneman, the current impasse over wages has come at an awkward time, and the complicated structure of the industry is once again exposed. As the sector at large celebrated the windfall emanating from the bounce-back in commodity prices it posted record profits, which in turn injected new momentum into stock prices. For mining executives like Froneman who are paid partly in shares, the market buoyancy has resulted in large windfalls in addition to remuneration.

Froneman’s windfall amounted to R300m, which in the context of a continuing wage dispute suddenly looked like a rude spit in the face of Sibanye’s miners. The problem, of course, is that so much of the windfall is attributable to factors that neither the board nor Froneman could control at the time the shares that are the basis for the windfall were allocated.

The spike in global commodity prices has been amplified by the great interruption of 2020 having depressed prices so badly that the bounce-back was always going to produce some absurd results, at least in the short term. The often erratic behaviour of stock market traders who take into account more than just the business’s fundamentals in deciding whether to back its stock, means one must always follow longer-term trends in trying to make sense of it all.

Froneman’s reaction to the focus on his remuneration has led to a suggestion that criticism of executive pay will lead to the acceleration of the exodus of companies from the listed space, because no-one wants to lead a company and then have to keep justifying their pay. Since the JSE has been bleeding listings, such a possibility would be catastrophic for the exchange.

Froneman’s thesis emanates from the idea that the negative consequences of public scrutiny of executive pay would lead to many able executives opting out of serving listed companies. This view echoes the sentiments of PSG Group CEO Piet Mouton, who is lobbying for the JSE to make executive pay disclosures optional rather than compulsory.

However, this would fly in the face of the consensus of recent decades in favour of greater transparency and disclosure of how companies are managed. The effect of the disclosure is that stakeholders at large are able to compare the fortunes of the company against the payouts to its executives. The utility of this information is that all those interested are able to see it. However, the ongoing problem is that few can do anything about what they see.

In the present model the rejection of a remuneration plan is subject to a non-binding vote by shareholders and no-one else. Such a rejection has thus far forced those proposing the payout plans to cogently outline their basis for suggesting it. The alternative model, where information is limited to a few insiders, would reduce this.

The risk identified by Mouton and Froneman — that some executives are so sensitive to negative criticism they’d rather pass on the opportunity to lead — seems to be premised on the existence of executives who lack the courage of their convictions to articulate that their compensation is commensurate with what they have achieved. Such executives would likely have an aversion to scrutiny that goes beyond the question of remuneration.

Why anyone would want executives of that type to be leading any institution, listed or otherwise, remains difficult to understand.

• Sithole (@coruscakhaya) is an accountant, academic and activist.