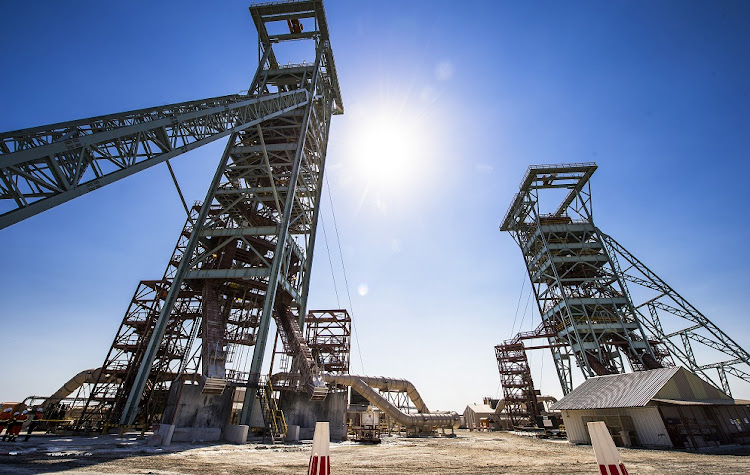 This bout in the bushveld for Royal Bafokeng Platinum (RBPlat) is entering round three with every chance of going the distance.

Implats landed a powerful blow with its R43bn firm intention announcement, through a general offer to all RBP shareholders at R150 per share, consisting of a R90 cash component and 0.3 Implats ordinary shares per RBP share.

But considering the RBP final dividend is still to be declared in the coming financial year, it is more likely an offer of about R134 per share, a material discount to the R180.50 per share Northam paid the Royal Bafokeng Nation for its stake in RBP, even taking the dividend into account.

Implats surveyed its options after Northam took out RBPlat’s largest shareholder, the Bafokeng, and in effect the rights to a 36.1% shareholding and decided to “wall-cross” the top five shareholders underneath that, but didn’t manage to secure the Public Investment Corporation (PIC). A wall-crossed, or premarketed, offer allows a company and its investment advisers to discuss a potential deal and build up a book with selected institutional investors on a confidential basis before a deal is publicly announced.

The perceptive Will Ridge, sell-side analyst at Investec, opined in a note that it “[l]ooks like this is game, set and match in favour of Implats, and ... this is the right deal for the asset, and as a result shareholders…. This bidding war feels very top-of-the-cycle.”

But there is still some distance to go before this rumble in the bushveld jungle can be called conclusively. After Implats played its major hand by wall-crossing the low-hanging fruit, it is still about 4% behind Northam. The fact that the PIC wasn’t wall-crossed and hasn’t decided on the offer yet is telling.

Both sides need 51%, and while Northam hasn’t put a formal offer on the table it surely didn’t acquire the Bafokeng stake with an option just to play nice as a minority. The PIC will be key for both sides. If Northam could swing the government employee fund manager it would be 4% shy, and while Implats has built up its stake in the open market to just under 32%, even with the PIC’s 10% it would have a steeper hill to climb.

Adding extra intrigue to the deal is the fact that the National Union of Mineworkers (NUM) has also come out strongly against Implats, especially in light of the long and complicated history the Royal Bafokeng Nation and Implats share, which involved among many things a royalties-equity swap in 2006 that led to the Royal Bafokeng Nation owning 13.2% of Implats in exchange for an upfront payment for all royalties that would have accrued to the Bafokeng to the last day of the land lease, that being 2038, valued at R10.6bn. The Bafokeng have subsequently exited their Implats stake.

NUM regional secretary Geoffrey Moatshe wrote to the Northam board two days after the deal announcement to voice the union’s dissatisfaction. “We are absolutely dismayed at the RBPlat board of directors’ behaviour to date and simply cannot understand why they would act in this manner, which directly goes against the clear will of the Bafokeng Nation and their union and workforce, duly represented by NUM.

“We do not understand why the RBPlat board has now gone as far as even agreeing to pay Impala a break-fee of more than R200m to help protect Impala further, and why it has committed to work exclusively with Impala at the clear exclusion of Northam, when the RBPlat board clearly made no effort to ever work with Northam.”

If I were a shareholder in RBPlat (I’m not) I would be asking why  RBPlat granted Implats exclusivity and agreed a R200m break fee, but in the same Sens notice proclaims not to have formed a view on the offer — especially if there is another offerer around who recently offered R180.  What role does the RBPlat board need to play here to facilitate this offer, because it is not a scheme of arrangement?

And with Northam having clearly gained the support of the largest union and the Bafokeng nation, one wonders what the PIC is making of all of this.

The debate about so-called vaccine mandates as a route out of the Covid-19 pandemic is set to intensify after the president announced last Sunday that he is establishing (yet another) task team to look into the issue. While there is some confusion over whether the task team has already been established, after health department spokesperson Foster Mohale told the Sunday Times that a formal announcement has not been made and “this is a work in progress”, the president would be well advised to pay careful attention to who he chooses to sit on the task team.

While Business For SA (B4SA) has done incredible work assisting the government throughout the pandemic and in the vaccine rollout so far, the announcement this week that Johnson & Johnson is granting Aspen an intellectual property licence to produce its vaccine under the new brand name “Aspenovax”, places Stavros Nicolaou, Aspen Pharmacare Group’s senior executive responsible for strategic trade development and the head of B4SA’s health working group, in serious conflict. Aspen stands to profit handsomely from any enforced vaccination drive.

MICHAEL AVERY: Questions linger over RBPlats’s overtures to Impala and hostility to Northam

Spurned miner had a right to do due diligence, as all bona fide offerors must be granted the same access to information
Opinion
2 months ago