REX VAN SCHALKWYK: Mantashe is casting himself in the role of tyrant 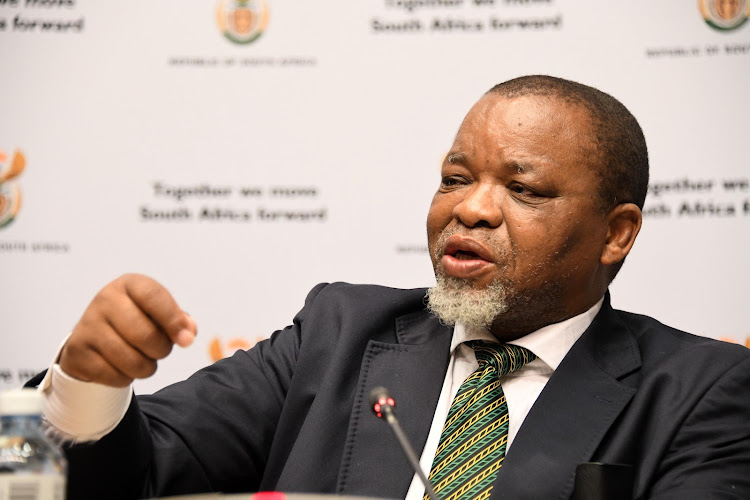 Mineral resources & energy minister Gwede Mantashe’s unlawful attempt at coercion fails the test of the rule of law. In purported compliance with section 47 of the Mineral & Petroleum Resources Development Act, the minister has threatened the possible revocation of the Sibanye/Stillwater mining licence.

For the past three months there has been a strike at the Sibanye gold mines that has effectively halted mining operations. Various attempts have been made, the most recent no more than a week ago, to bring the strike to an end. The last one ended, like the others, in failure to reach agreement.

After the most recent failure Sibanye issued a rhetorical flourish to the effect that it had sufficient resources to overcome a strike even if it was to last for years. In a statement before a select committee of the National Assembly, the minister seized upon Sibanye’s rhetoric to issue the threat.

This is what he is reported to have said: “The message he is sending to us is that he is not ready to actually mine gold. He has enough money to fight the strike and stop production for years and years.” This the minister interpreted as a “message” that the department “look into the possibility of the application of section 47. A mine that does not want to mine, but sit on the properties ... so that we can give that property to companies that want to mine gold.”

The first observation that must be made is that there is no substance whatsoever to the minister’s assertion that “(Sibanye) does not want to mine”. Nor is it possible to interpret the words of the flourish in this way. What is evident from the statement is that Sibanye was engaging in a form of hyperbole of a kind frequently adopted in intense negotiations where the stakes are high, in an attempt to achieve an acceptable compromise.

The suggestion that Sibanye does not want to mine is contradicted by the plain facts. It has been actively and continuously engaged in gold mining for decades past, in a multitude of successful ventures where capital investment of billions of rand has been committed, to the point where it now has more than 84,000 miners and related employees, 31,000 of them in the gold-mining sector alone.

The suggestion that Sibanye does not want to mine is patently absurd, made only for effect. The assertion that Sibanye “is not ready to actually mine gold” is incompatible with the circumstances readily observable at any of the mines where Sibanye has been mining for many years.

The obvious answer to the question is that Mantashe was throwing his considerable weight behind the cause of the striking miners, in an attempt to goad Sibanye into a settlement that the miners demanded. Was this an appropriate use of the minister’s influence, and of the threat that was uttered?

First, the threat: the power invested in the minister in terms of section 47, to cancel or withdraw an existing mining licence, may only be exercised if done in good faith and for good and valid reasons. The minister must at all times be seen to be acting even-handedly, in the interests of the relevant parties, and in the broader interest of the mining industry. There are no circumstances in which the exercise of these considerable powers may be used for an ulterior or dishonourable purpose.

By his words the minister has discredited his intention. His assertion derives from a false premise: that Sibanye “does not want to mine”. Any decision based upon an assumption so patently wrong would be afflicted by unlawfulness and would be remediable by a court of competent jurisdiction.

The minister’s bias in favour of the striking miners is also manifest from the circumstances under which the threat was uttered. This is unbecoming conduct from the minister, but it also bears all the hallmarks of unlawfulness. In having uttered the threat of cancellation of its mining licence the minister is in violation of the rule of law; if that threat should be carried into effect for the reasons given the violation will become aggravated.

The Rule of Law Board of the Free Market Foundation has formulated 10 imperatives for the rule of law. The fourth imperative reads: “All law must be applied fairly, impartially and without fear, favour or prejudice.” This principle, which complies with common sense, is so well known that it barely requires repetition. However, it is sometimes necessary to remind officialdom of its applicability.

The rule of law is the barrier the law sets against tyranny. Tyranny at the hands of an officialdom is any form of autocratic, capricious or high-handed action that has an adverse effect upon one who is subject to that authority. Until it is remedied, preferably by a retraction from the minister himself, he will have cast himself in the role of the tyrant, with Sibanye his potential victim.

Van Schalkwyk, an author and former judge of the Supreme Court of SA, chair the Free Market Foundation board as well as its rule of law board of advisers. He writes in his personal capacity.

TONY LEON: In the misgovernance race to the bottom Mantashe is your Dunning-Kruger man

The fallout over the prolonged strike at Sibanye-Stillwater is intensifying, with the company threatening legal action should minister Gwede Mantashe ...
Business
1 month ago
Next Article