The Defend our Democracy Campaign Conference for Democratic Change & Renewal, scheduled for June, is a crucial opportunity for civil society to reverse SA’s trajectory, and to formulate a transformative people’s manifesto 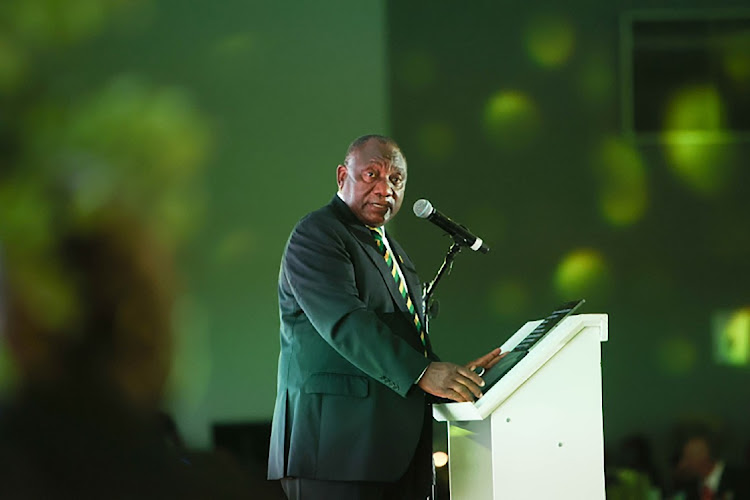 Ironically and unintentionally, the international “mayday” emergency distress call reverberated loud and clear across SA on May 1 when the annual  workers day rallies were aborted or turned into damp squibs.

Given the gross levels of corruption, incompetence, unemployment, poverty and wretched living conditions of so many of our citizens, the traditional “mayday” warning of a pending disastrous emergency was hardly surprising on a day that is supposed to celebrate the role and wellbeing of workers — or perhaps more appropriately, and what should have been, in SA’s case, a reflection of regret and sorrow at the absence of such workers from our economy and the presentation of a realistic plan to grow that economy.

SA can only hope that the distress call has not fallen on the usual deaf ears of our political and labour organisations and leaders, many of whom seem oblivious to the manner in which our country is tumbling towards the bottom of the rubbish bin of failed states.

When the president of the majority party and country is unable to deliver an address to an admittedly sparse crowd because of a handful of disgruntled workers; when the EFF leader uses the occasion to sprout rabble-rousing racist rubbish, ironically and cynically focusing  on the employment of cleaners; when the DA and Freedom Front are no-shows on the day; when organised labour leaders fight among themselves and adopt confrontational stances towards the government and private enterprises alike; when the media reports obscene and frankly outrageous remuneration packages awarded to executives in an economic context of one of the most unequal societies in the world; when our many civil society organisations appear unable to unify themselves and speak with one powerful overwhelming voice; and when the Zondo state capture commission reports reflect just how deep, wide and destructive the levels of corruption have been and still are among government and some businesses, then South Africans need to  know that the “mayday” call reflects an imminent, clear and present danger.

No number of amandlas, awethus, “back to the drawing board” proposals, smarmy smiling faces or imbizos, lekgotlas, investment summits and glib speeches and promises, will negate the need for the mayday call to be heard and urgently reacted upon by SA citizens who wish to live in a nonracist ethical state of constitutional democracy, law and order, economic growth and the provision of human dignity. That is to say, respectable housing, education, health care and employment for the majority of its people.

Certainly such a state is beyond the competence of our existing fractured and divisive political establishments. They have, under the tragic dominance of the ANC, the destructive role of the EFF and the inability of the leadership of the DA to appeal to the majority of the nation’s voters, plunged SA headlong into a politically leaderless failing state.

We cannot expect to be saved from this pending disaster by the president’s current cabinet members, who have wrought havoc on the portfolios and departments they manage. None more so than Pravin Gordhan and Gwede Mantashe, who despite their confident and patronising arrogance have destroyed and damaged so many of our former respected state-owned enterprises and other sectors of our economy.

It is now left to civil society to reverse our country’s trajectory, to formulate a transformative people’s manifesto and demand its immediate and urgent implementation by the legislature, the executive and judiciary. In this respect there are two glimmers of hope. First, a promise by the president of a new social compact and, second, the pending Defend our Democracy Campaign Conference for Democratic Change & Renewal, scheduled for June.

However, much time has passed since President Cyril Ramaphosa promised in his state of the nation address a brand “new social compact within 100 days”. True to form, he provided no details of the objective or the intended constructors of and partners within that compact, and to date, with time running out, we see no transparent or obvious progress.

Having regard to the precarious and shameful state of our nation and the apparent failure of the existing social compact — if indeed there ever was one — South Africans across a wide spectrum of society have a right to demand representation and participation in the formulation of such a compact and a role in its implementation.

It cannot be left to self-serving representatives of the incompetent, gutless ANC-led government, a small selection of business leaders and a few trade unions. They promote their own particular competitive interests, rarely reach meaningful consensual action and are in any case insufficiently inclusive and representative of our broader societal aspirations, opinions and needs.

Notwithstanding the ANC’s claim that it is the “leader of society”, it is actually civil society that needs to take the lead and draw up a social compact with government, not the other way around. Civil society organisations, groupings and foundations striving to reform and improve the state of our economy, constitutional democracy, the rule of law, human rights, education, health, housing, safety and security, energy, transport logistics, foreign policy and the elimination of racism should unite and build their own version of a social compact that they all buy into and support.

Only in that way will a “social compact” become more than just another part of Ramaphosa’s tedious, repetitive political rhetoric, but an initiative that puts a widely supported, all-embracing national strategy on the table, conceived by people who actually know what they are talking about and capable of reversing our current trajectory towards a failed state.

Civil society leaders must urgently get their act together and be part of the construction of this social compact. This should be part of the objectives of the Conference for Democratic Change & Renewal. To do this the conference will have to embrace, collate and reflect an enormous tsunami of public opinion that government and political parties will ignore at their peril. And it must demonstrate the collective power of broad-based democracy over parliamentary and political party sovereignty.

Essentially, the conference should represent the broadest possible spectrum of citizens on the ground and project their will to revolutionise our political and socio-economic environment. It should prod, provoke and persuade our political fraternity that their arrogance, corruption, incompetence, factionalism, sheer laziness and misguided ideology and policy are no longer tolerable. In short, the conference should represent a peaceful nationwide uprising and provide solutions that put the country’s interests first, rather than those of particular parties or individuals

The conveners of the conference need to know how crucial the outcomes of this initiative are for all present and future South Africans and our frustrated, fatigued and fraught citizenry should speak out in support of it in any way they possibly can.

It is therefore a matter of concern that so little public exposure to the conference has been given in the media and that a huge groundswell and sense of participation and anticipation as to its progress and outcomes has not been generated among the public at large.

We have the civil society, business, church and all manner of group leaders, including from among the ANC stalwarts, that can, if they speak with one voice, turn around the fortunes of our country and its citizens. We cannot let this initiative pale into insignificance or be yet another political and socio-economic damp squib. The “mayday” call is there for all to hear and it must be acted upon.

• Gant, a former chair of the Democratic Party federal executive and member of the President’s Council, was a delegate to the Codesa conferences of the 1990s that led to the first democratic elections.

PARKS TAU: The kind of Gauteng we want by 2030 is one where no-one goes to bed hungry

OLIVER DICKSON: Ramaphosa has no vision for investors on how to get us out of ...

OLIVER DICKSON: Ramaphosa has no vision for investors on how to get us out of ...