OLIVER DICKSON: Ramaphosa has no vision for investors on how to get us out of this hole 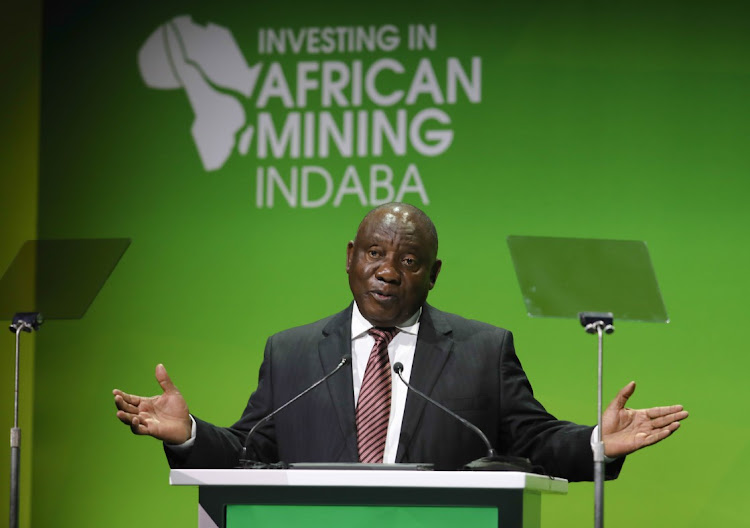 Throughout SA’s democratic dispensation there has never been a worse time to invest in the country than now, despite what President Cyril Ramaphosa’s overdrive on public relations and vacuous platitudes may have you believe about the flow of investment into the country.

This is not me saying this, it is reflected in the Fraser Institute’s Investment Attractiveness Index, where SA is ranked lower than ever before. This shouldn’t come as a surprise to anyone living in the country. The reasons for our poor investability are trite — unreliable and unstable electricity supply, a completely dysfunctional rail network, a body politic marred by endemic and insidious factionalism and rot within the governing ANC, and a misaligned political economy where our industrial policy framework operates under a different set of economic realities to our fiscal policy framework. This makes for an untenable industrial, regulatory and policy environment.

All those require our serious collective attention, but perhaps the most important and pervasive of all reasons for our poor investability lies in the fact that we have no clear political and economic vision for the country. An ordinary, engaged and reasonably well-read South African should be able to recite back to you the president’s (and his executive’s) political and economic vision and the concomitant action plan. Yet you would be hard-pressed trying to find any three South Africans who can do that for you. Why is quite simple: the ANC and Ramaphosa have run out of ideas on how to get us out of this hole and have no cogent vision.

If ordinary, engaged and reasonably well-read South Africans can’t give you a conceptualisation of Ramaphosa’s political and economic vision and its concomitant action plan, then do not expect potential investors to be able to do that either. And therein lies the crux of our investibility problem. We will only be able to truly align the institutions that drive our economy and the policies to frame our economic trajectory if we have a vision along which to align. There is not a single positive adjective available in our political and economic language tool kit with which we can positively describe our economy and polity.

Investors remain sceptical of SA five years after the disastrous Zuma era because they’re still not sure what they would be investing in. Ramaphosa’s positive signalling language no longer has the intended effect — New Dawn, New Deal, Open For Business, Unity, Change, Progress. It has become clear that none of those platitudes are rooted in reality. Quite the opposite, in fact. As mining companies and investors meet in Cape Town this week, it is apparent that the country’s electricity supply is more unstable and less reliable than it was the last time they met.  Transnet is far more dysfunctional today than it was five years ago and unemployment is undeniably worse today than it was five years ago.

So, what are investors to do when they look to SA? They see a country with no clear realistic political or economic goals and no trackable plan attached to a vision. Bring along your own vision — don’t wait for the administration to conjure one up. Consider the factual realities of the country and postulate a vision along those possibilities and impossibilities. Engage with the president and his administration knowing that what you ask of them is highly likely not to materialise and that you would have to make it happen despite them.

More importantly — and this is the difficult part — start imagining an SA post the ANC. It is poor economics to hitch your investment wagon to the future of the party. It lost nearly five percentage points of its electoral share in the past general elections, and it is not far-fetched to believe it will lose the same proportion or more in 2024, making room for a coalition government as the next administration. If you consider the past local government elections as an indicator of the ANC’s likely performance (45.5% of the vote) we will certainly have a coalition government in 2024.

• Dickson, a former communications adviser to the home affairs ministry, is a political analyst, policy and political risk consultant and talk show host.

MICHAEL AVERY: What government must tell Mining Indaba to jack up investor outlook