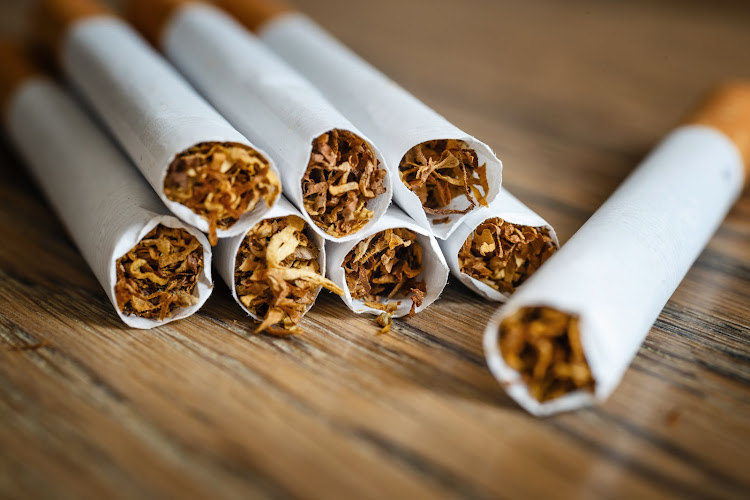 Criminals continue to reap the benefits of the illicit tobacco trade in SA at the expense of legal businesses and consumers. Picture: 123RF/DZIEWUL

In 2020 the SA government imposed a comprehensive ban on the sale of tobacco products as part of its Covid-19 lockdown response. While the government initially communicated that the ban would last for three weeks, it was extended multiple times and was ultimately lifted only after more than 20 weeks.

The sales ban was contentious and attracted media attention and the ire of most smokers. Some members of the tobacco control community supported the policy on the basis that it would prompt many smokers to quit. At the same time, various players in the tobacco industry voiced criticism of the ban, warning that it would encourage the illicit tobacco trade.

Both the Fair Trade Independent Tobacco Association and British American Tobacco took the government to court in attempts to have the sales ban lifted. Anecdotes from that time suggested that many smokers were still able to buy cigarettes, generally from informal traders at exorbitant prices.

In an effort to more rigorously assess the effect of the ban on the cigarette market, the Research Unit on the Economics of Excisable Products at the University of Cape Town conducted three online surveys of cigarette smokers. Our aim was to conduct rigorous and independent research to support public health. Two of these surveys, which attracted tens of thousands of responses, were conducted while the ban was still in place, and one was conducted after it was lifted.

We reported our results in publicised reports within weeks of conducting the surveys. Based on the evidence, we argued that the sales ban was not serving its intended purpose and should have been lifted much earlier. Recently we published a peer-reviewed paper in nicotine and tobacco research that looked at the market dynamics during and after the sales ban.

Our paper indicates that the ban on tobacco sales was disruptive to the cigarette market. Though the sale of cigarettes was illegal, more than 90% of the smokers we sampled were able to continue buying them, but at inflated prices. The sales ban distorted the brand composition of the market, primarily in favour of local companies that had previously been accused of feeding the illicit market.

Cigarette prices skyrocketed, with reported prices increasing by an average of 240%. Before March 2020 cigarettes sold for R33.40 per 20 pack on average, but by June the average price of a pack had increased to R114.

The sales ban upended SA’s previously well-established brand profile. Before the ban brands produced by multinational companies such as British American Tobacco, Philip Morris and Japan Tobacco International made up more than three-quarters of the survey market. However, by June 2020 many consumers had shifted to brands made by local or regional producers, for example RG and Caesar. By this time the local brands made up 75% of the market in the sample.

The restrictions on interprovincial movement (as part of the early lockdown) also had an effect on the cigarette market. Before the sales ban average cigarette prices were similar across all nine provinces. However, during the ban large price differences between the provinces arose. Provinces closer to Gauteng, the economic heartland of the country and home to many of the cigarette manufacturing plants, experienced far smaller price increases than the more remote provinces, especially the Western, Eastern and Northern Cape.

For most of the sales ban period the government allowed cigarette companies to produce cigarettes for the export market. It seems likely that a proportion of these cigarettes was diverted back into the local market, where the high prices were attractive. Provinces closer to the production source had an advantage over more remote provinces.

Before the lockdown illicit cigarettes were estimated to be 25%-30% of the total cigarette market in SA. The widespread sale of cigarettes during the ban, the development of new supply chains and the lasting brand shake-up are likely to have further entrenched the already large illicit market.

In the 2020/2021 financial year, government revenue from cigarette excise taxes was 46% less than the revenue of the previous year. This large decrease is only partially explained by the fact that tobacco products were not allowed to be sold for 20 weeks. Even in the period that cigarettes were legally sold, revenues were less than expected, indicating that a larger proportion of cigarettes were being sold without the tax being paid.

Things have only improved marginally in the 2021/2022 fiscal year. The National Treasury estimates that tobacco excise tax revenue was 22% more than in the previous year but 34% less than the revenue collected in the pre-Covid 2019/2020 fiscal year. There is no evidence that smoking prevalence has decreased substantially since 2019. The only rational explanation is that illicit trade in tobacco is significantly greater than it was before the lockdown began.

The government faces many challenges. Curbing the illicit cigarette market should be a priority. Unfortunately, the sales ban of 2020, well intentioned as it may have been, has probably made this challenge even greater than it was.

• The authors are researchers in the Research Unit on the Economics of Excisable Products at the University of Cape Town.

MARC HASENFUSS: I like big butts an’ I cannot lie

Its shares may not be smoking hot, but British American Tobacco is still firing up
Opinion
2 weeks ago

A sin tax on vapes is not as bad as Aids denialism. Here’s why

Lobbyists pushing for vaping as a way to help people quit smoking insist taxing e-cigarettes like traditional smokes will lead down a similar path as ...
Features
1 month ago
Next Article