Racketeering charges may seem like just another charge among many, but they can be used to secure convictions of corrupt high-ranking officials who steal public money for personal enrichment 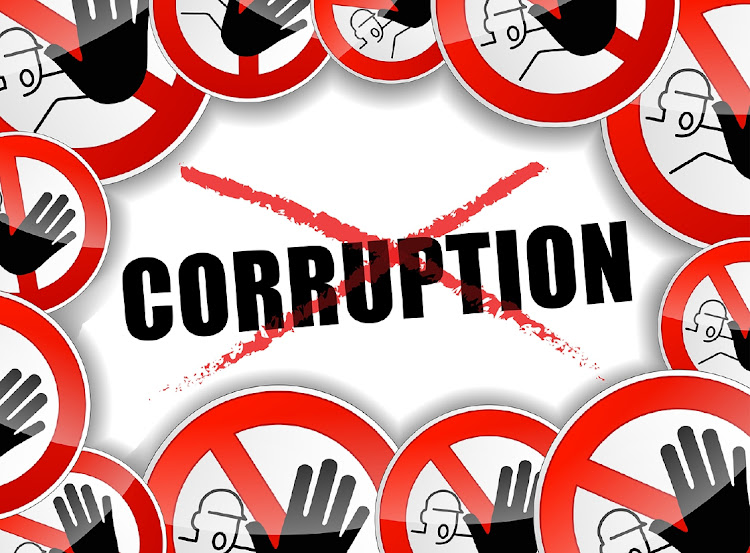 Racketeering enterprises tend to fall under the radar of most South Africans, but they are as damaging and serious as any other form of organised crime. To respond to this, we must make use of legal tools adapted to grappling with the problem. Pushing for racketeering prosecutions is a start.

When I thought of organised criminal syndicates in the past, I’d think of the Italian and American mafias, the Japanese Yakuza, or the Chinese triads. I’d think of the foreign organisations I was used to seeing in pop culture. But after reading the various parts of the state capture report, I’ve come to realise there’s no need to look abroad — we have world-class criminal syndicates operating right here in SA.

Among others, we’ve got what chief justice Raymond Zondo termed in part II of his report the “Gupta racketeering enterprise”, which has been engaged in a “pattern of racketeering activity” since at least 2009. While Zondo invokes the concept of racketeering in reference to the capture of Transnet, it is equally relevant to almost all of the country’s major corruption scandals, including the latest revelations regarding Bosasa.

Amid endless accusations, refutations and investigations, racketeering might seem like just another charge among many, just another anti-corruption law whose violation is unlikely to result in convictions. And in some sense, this is true. But it is also an interesting and useful concept in its own right, because it can deepen our understanding of how corruption and organised crime operate — and because it can be used by prosecuting authorities to secure convictions of high-ranking officials.

Racketeering is the act of engaging in an illegal scheme to obtain money, and can take various forms. Offering to protect a business in exchange for a fee when you’re the one posing a risk in the first place? That’s a protection racket. Reselling stolen goods? That’s a fencing racket. Disguising the true source of ill-gotten gains? That’s money laundering, also a type of racket.

Somewhat confusingly, racketeering is not in itself a crime in SA law, but in terms of section 2 of the Prevention of Organised Crime Act, it is an offence to be associated with an enterprise that is engaged in a pattern of racketeering activity. There are two ways this could occur: by receiving or using property one knows or ought reasonably to have known was derived from racketeering activity, or by participating in the enterprise’s affairs, where one knows or ought reasonably to have known that the enterprise was engaged in  racketeering.

A “pattern of racketeering activity” is defined in the act as the “planned, ongoing, repeated or continuous participation” in any of the over 30 crimes listed in the law’s first schedule. These include corruption, fraud, extortion and murder. To establish such a pattern, one needs to show that at least two offences were committed within a 10-year period, and that they were related. Meanwhile, an “enterprise” is broadly defined to include both a range of legal entities (like corporations and partnerships) and associated individuals. This latter label, of individuals “associated in fact”, is how Zondo characterised the Gupta enterprise.

The legal framework for racketeering is convoluted. This is at least in part because it was created to combat organised crime, which by design is also convoluted. Constitutional Court judge Mbuyiseli Madlanga explains: “Criminal syndicates ... operate in different areas of economic activity; utilise different agents and organisations; and thereby commit various offences − some relatively minor at face value − over time, in complex combinations. It is the diversity of criminal activity, situated in complex organisational structures, occurring over time, where the lines of authority are deliberately obscured, that renders legislation in the nature of the Prevention of Organised Crime Act a necessity. The concept of a “pattern of racketeering activity” is thus tailored to meet the multifarious ways in which organised crime manifests itself.”

Traditional criminal, procedural and evidentiary laws conceive of crimes as being “transaction-bound” — particular acts or omissions that take place at certain times. In contrast, racketeering operates at a higher level of abstraction — it is concerned with the network of interpersonal relationships (the so-called enterprise) that give rise to these individual acts, reflecting the networked nature of grand corruption.

This has several advantages. It allows disparate issues that would ordinarily be tried separately to be heard in the same court. More importantly, it allows prosecuting authorities to directly target kingpins who typically do their best to keep their hands clean. Consider: if an accounting officer fabricates a balance sheet, they may be prosecuted for fraud. But if there is evidence that links this officer to the senior official who ordered them to act fraudulently, and if other related crimes can also be linked to this official, they can be prosecuted for racketeering. This may also allow for harsher punishment than the predicate offences permit.

Now is an opportune time to breathe new life into the old tool of racketeering charges by enrolling cases against the architects of state capture.

While there are some famous examples of racketeering being prosecuted abroad (like the 1992 conviction of Italian-American mob boss John Gotti, and the 2015 Fifa corruption case), successful prosecutions in SA have been relatively few and far between. Consider, for example, that former president Jacob Zuma, with French arms company Thales, was first charged with racketeering in 2006 and that after 15 years the matter is still not resolved. The VBS Mutual Bank scandal, which saw the bank looted of over R2bn, also involved racketeering; former VBS CFO Phillip Truter pleaded guilty to this and related charges in 2020, yet while several other key figures have been charged, they are still awaiting trial.

All of this is unsurprising given that for well over a decade the National Prosecuting Authority (NPA) was captured by the very actors it ought to have been prosecuting, and the institution’s technical capacity has been hollowed out. But as the NPA seeks to renew itself and deliver on its crucial mandate — armed with an increased budget — now is an opportune time to breathe new life into the old tool of racketeering charges by enrolling cases against the architects of state capture.

Organised crime syndicates don't look like they used to. They have evolved to take advantage of the interconnected nature of modern economies, which allows money to be laundered on an unprecedented scale. They make use of respectable professional services (like those provided by lawyers, accountants, and management consultants) to legitimise their activities. And they can be far more decentralised than in the past, existing only as a factual association between powerful people and not requiring a code of honour or a dress code to cement their status.

While their operation can be fantastically complex, involving myriad shell companies, third parties and cross-border transactions, their goal remains simple: to steal public money for personal enrichment. So, despite some differences in form, today’s racketeering enterprises are no less sinister than those of the past. Indeed, they are capable of doing greater harm.

To respond to this we must make use of legal tools adapted to grappling with the problem. Pushing for racketeering prosecutions is a start — SA’s future prosperity depends on these succeeding.

Once bitten, twice shy — well-wishers would rather send their KZN disaster relief to Gift of the Givers
Opinion
2 months ago
Next Article

Thabo Mokoena leaves mineral resources department as bad as he found it, say ...

Thabo Mokoena leaves mineral resources department as bad as he found it, say ...