Mokoena, who quit as director-general in March, insists there have been improvements 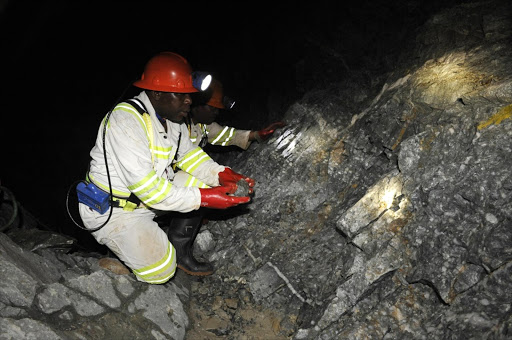 When mineral resources & energy director-general Thabo Mokoena left his post at the end of March he left behind the same dysfunctional and institutionally incompetent department that he took over five years ago, his critics say.

A clear sign of this dysfunctionality is the backlog of mining licences, which the Minerals Council SA estimates to number 4,500 and which can take years to finalise.

This backlog has held back mining exploration and investment to such an extent that whereas SA represented 35% of all exploration spend in Africa and about 5% globally in 2002, this dwindled to about 8% and less than 1%, respectively, by 2021, according to Paul Miller, a director of mining supply consultancy AmaranthCX.

While Mokoena concedes that the department still faces historical challenges, he insists there were improvements under his watch. He cites the setting in motion of the process of developing a new cadastral system (which shows boundaries of land ownership by means of maps and charts); an improvement in the turnaround time for processing mining right applications; the department’s intervention during the Covid-19 pandemic to enable the mining industry to continue operating and generate high returns; a close working relationship with the Minerals Council; the implementation of the 2019 Integrated Resource Plan; good audit reports; and the successful amalgamation of the energy department and the mineral resources department.

Because of a lack of funds, the structure of the department couldn’t be changed to align with its role, he said in an interview on Monday.

While the department’s dysfunctionality cannot be laid solely at Mokoena’s door, industry insiders say he did little to ameliorate the situation. They cite gross inefficiency, a woeful lack of skills and the further loss of skills with the departure of experts.

The paper-based system of processing mining licence applications is also cited as a major problem, as is the corruption prevalent in regional offices, which Miller said has been highlighted in several court judgments. Miller also pointed to the lack of IT and technology skills in the department.

“There has always been a sense that Mokoena did not manage the department as he should have done,” one industry insider said.

Central to the dysfunctionality is the utter failure of the SA Mineral Resources Administration System (Samrad), a cadastral system meant to provide online access to the locality of applications, rights and permits made or held throughout the country. This is crucial for prospective applicants to know the status of the land they wish to exploit. The failure of the system, which was introduced in about 2010/2011, has meant the department has had to resort to a time-consuming and cumbersome paper-based system.

Mokoena said there has been movement in replacing Samrad but this is in the hands of the State Information Technology Agency (Sita), which has to issue a tender. Rather than issuing a tender for a new bespoke system, as has been suggested — it is likely to take years to develop and fine-tune — the Minerals Council has recommended the purchase of an off-the-shelf system so that it could be up and running almost immediately to deal with the backlog. The mining industry offered to buy a system for the department but this has not been accepted.

Minerals Council spokesperson Allan Seccombe said the major task for a new director-general will be to expedite the introduction of a new cadastral system, clear the mining rights backlog, bring new skills into the department, and align regional offices with the head office in Pretoria.

DA mining spokesperson James Lorimer described the state of the department and the performance of Mokoena as “abysmal”. This could be seen in the failure of Samrad over many years. “One of the main tasks of a director-general of a department is to make sure that the licensing system works, and it hasn’t been, so he is at fault for that,” he said.

A second issue Lorimer pointed out was that no action has been taken to stem the corruption in provincial offices. “Every miner will tell you that it goes on, but they don’t want to blow the whistle on corrupt officials as they know they will be punished by the department. They will not get licences and there will be inexplicable delays and so on.” Safety inspections are also used to elicit bribes, Lorimer said.

A new director-general, he added, should be someone committed to making the department honest and to solving the cadastral problem quickly.

The post has been advertised and the process of appointing a replacement for Mokoena is under way.