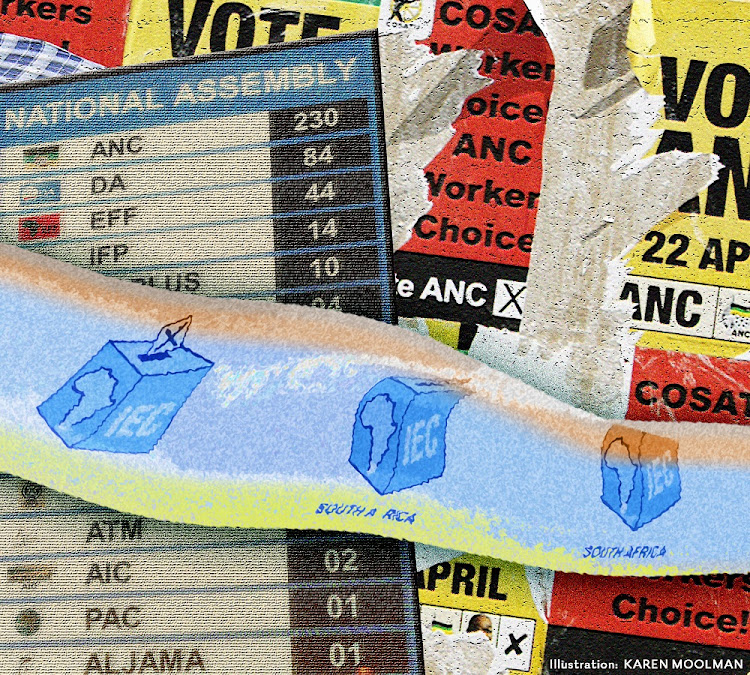 Following the New Nation Movement Constitutional Court judgment of June 2020, parliament has until June 2022 to amend the Electoral Act to allow independent candidates to contest national and provincial elections.

The MAC prepared two proposals. The first (referred to as the “minimalist” option) treats independent candidates almost as though they are parties for election to the National Assembly and provincial legislatures, while the second option recommends the creation of 200 single-seat constituencies, balanced by a separate proportional (party-only) ballot.

The minister has adopted the minimalist option proposed by Michael Sutcliffe, Norman du Plessis and Pansy Tlakula from the MAC. A bill was drafted under the supervision of Steven Budlender SC, and is before the home affairs committee. A period of public consultation has just concluded.

However, a numerical analysis of the effects of the bill shows it is biased against independent candidates, creates substantial disproportionality, and will always favour the largest party. Given that the constitution requires any electoral system to result in “in general, proportional representation”, it seems unlikely that the bill has any prospect of passing constitutional muster.

Proportional representation is a system designed specifically for parties, to give each party a representation in proportion to their votes. Seat share compared to vote share is the relevant measure. As soon as a system allows individuals to contest as part of the same calculation, proportionality is broken, as only a single seat can be gained by an independent regardless of votes cast. However, the problem is observed when one calculates the numerical effect of this on parties.

The contradictions inherent in the underlying concept are shown with the National Assembly. To avoid the absurdity of every independent candidate appearing alongside an already long list of parties on the national ballot, independents are allowed to contest seats for the National Assembly only within their provinces. The immediate consequence is that only 200 seats are then available, with all votes cast being used in the calculations.

This in effect doubles the quota for allocating seats to independents compared to political parties. Thus, instead of about 44,000 votes being equivalent to a seat in the National Assembly (by 2019 figures), independents would be required to obtain between 80,000 and 96,000 votes to gain a seat, depending on their province.

There are three novel numerical features of the bill that raise further barriers for independent candidates and amplify the effect of the disproportionality. First, the quota for independent candidates is calculated in each case using the “Hare quota” (the total number of votes divided by the number of seats), rather than the “Droop quota”, resulting in a higher quota for independents compared to parties. The Droop quota is the smallest number that guarantees that no more candidates can reach the quota than the number of seats available to be filled. This approach has never before been used in any of our electoral systems.

Second, the votes gained by independent candidates who do not meet the quota may not compete with remainder votes held by parties to gain any of the remainder seats (those seats not yet allocated after quota seats are calculated). Third, the 200 “compensatory seats” in the National Assembly are not calculated relative to the overall proportional representation of parties, as is the system in local government elections, but are rather allocated by a separate calculation. By having separate smaller calculations, numerical distortions are retained rather than being smoothed out.

The key feature of the disproportionality caused by removing more votes than the seat equivalents is that the quota of votes per seat for parties will drop noticeably. Importantly, the largest party will always stand to gain the most. In the National Assembly, if 8% of the total vote is discarded in this manner, the quota will go down by an effective 8%. This gives the ANC 20 or more seats above their vote share and the DA and EFF three or four “extra” seats, while the smallest parties are unlikely to gain any.

In simple terms, it is likely that if the ANC were to gain 45% of the total vote, it would be guaranteed to have a majority of the seats in the National Assembly. A similar effect would apply in the Western Cape in the event that support for the DA dropped below 50%. If one models different scenarios, even if the ANC loses 5%-10% of its vote share to independent candidates it is likely to be awarded more seats than at present.

The numerical problems described are fundamental, though they are amplified by particular provisions of the bill. The only remedy for this is to have a hybrid solution, similar to the second option proposed by the MAC, or to systems proposed by various civil society bodies, where constituency votes are balanced out by a separate proportional ballot that guarantees overall proportionality.

• Atkins is an independent IT consultant and election result analyst.