RICHARD GRANT: The usefulness of the Economic Freedom of the World report is in the detail 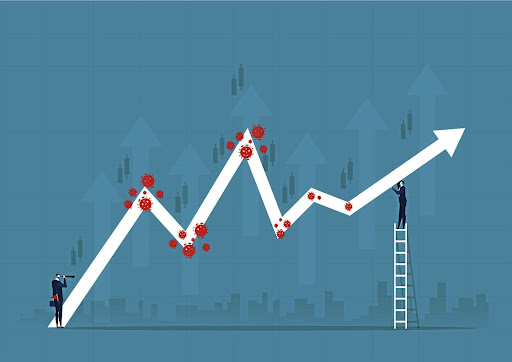 In times of crisis — whatever that crisis might be — the survival and future options of a people depends on the economic position, institutional strength and cultural viability of that people. This is illustrated by the variety of private and public responses to the coronavirus pandemic that emerged in late-2019, and in the differing consequences experienced in each country through 2020 to the present. The state of the world in 2019 set real limits, both material and spiritual, on what was possible in 2020.

The economic resources available to an individual, to a family or to a nation are always an enabling (or limiting) factor in any actor’s future actions. We have a sometimes painfully heightened awareness of this when entering a time of crisis, whether real or merely perceived. The availability of capital, the resources we would each call upon in a moment of crisis, will depend on what we had been doing in the time before the crisis emerged. Had we saved the resources needed to enable our future actions and development, or had we consumed them? Did we as a people, as a reflection of our culture, have in place an institutional structure that protected each of us in our striving to serve one another through production and trade, and to provide for our families into the future?

If one country had an unemployment rate of over 30% and another had an unemployment rate of less than 5%, which one is more likely to have seen its people transforming their material and mental resources into the tools needed for future development? “Unemployment” means resources — all resources, not only labour — are not being used to their full potential. Those who survive are those who are either working or are dependent on the resources provided by those who are working. Even those who have built up capital in financial form are dependent on those who are currently working for the maintenance of that capital. Someone, somewhere, must be working or everything will stop when the supplies run out.

The coronavirus did not make everyone stop working. It did not order the lockdowns. Individuals with political power ordered those lockdowns and are responsible for the waste of resources and loss of resilience suffered by the people in their jurisdiction. They bear responsibility for the burdens just as surely as those same politicians might claim any benefit from their heavy-handed actions. Evidence from around the world shows that those jurisdictions that minimised restrictions on their people and allowed medical realism rather than promoting hysteria, had medical outcomes no worse than (and in most cases, superior to) those jurisdictions that enforced mask mandates and lockdowns. They also did not suffer the same waste of capital suffered in those jurisdictions with heavier lockdowns and other restrictions. They are better prepared to face any future contingency.

The state of the world in 2019 thus set the stage for what was to follow and did itself reflect information as to how the various peoples of the world, and their governments, would respond to a perceived health threat. The development of the culture and people’s beliefs within a region is the deepest predictor of the political institutions and economic development in that region. Beliefs about human nature and relationships, and how the world works, are thus reflected in economic institutions and outcomes.

The Economic Freedom of the World: 2021 Annual Report (EFW) provides a practical measure (across 165 countries and several decades) of how free from undue governmental restrictions people are to conduct their lives and to protect the fruits of their labour , in harmony with others. This year’s EFW compiles the latest data, from 2019, and gives us insight into not only how we were positioned for the events of 2020 and 2021, but also how we could have been better positioned both then and now.

This year’s report shows that SA ranked 84th (out of 165) in terms of economic freedom. That is a higher ranking than five years ago, but it is below where the country has ranked previously. Its absolute rating of 6.97 (out of 10) is slightly better than five years ago, but statistically little different from what it had been over the previous 20 years. The flat long-term trendline shows a lack of institutional progress and suggests limited potential for economic growth and a commensurately lower resilience to crises.

The rank of 84th places SA at the top of the bottom half of all countries, tied with Nigeria. That is a ranking of sixth among continental African countries — not counting Mauritius, Cabo Verde and the Seychelles, all of which rank higher than any African country.

The usefulness of EFW is in the detail. While all countries can benefit from the improvement of any component in their institutional and policy structures, the EFW identifies and measures performance in many of those components. From the data conscientious leaders can prioritise their efforts to improve institutional structures and their associated policies.

Though SA’s price inflation rate is higher than that of most major currencies, it is reasonably stable along a downward trend and earns an EFW rating for monetary policy much higher than that of other policy areas. In contrast, the EFW components for labour market regulation and business regulation exhibit some extremely low scores that shine a warning light on several direct causes of SA’s severe unemployment problems. Similarly, high marginal income tax rates and payroll taxes, as well as excessive government consumption of resources, all draw resources away from productive activities, thereby depressing economic growth and limiting employment opportunities.

Underlying all this is a loss of respect for property rights. The EFW rating for protection of property rights in SA has been trending downward for more than 15 years. The spectre of crime continues to steal the light from everyone’s lives while governments continue to fail to provide police services that are either competent or trustworthy. Citizens conduct all aspects of their lives with a degree of caution that would not be necessary in a truly civilised country. The official disrespect for the property rights of citizens and residents is illustrated not only in the blasé attitude towards ubiquitous corruption, but most glaringly in the self-righteousness with which government officials assert the right to redistribute income earned by others and in blatant confiscation of wealth.

When the habit of good governance is lost, what little remains of the ethical sense that made it possible in the first place will gradually dissipate. The only way for the people of a country to enjoy general peace and prosperity is to practice the habits, both personal and civic, that make that prosperity possible. They must demand no less from those whom they entrust with the powers of government. The Economic Freedom of the World is a measure of what the people get for that trust.

• Grant is professor of finance & economics at Cumberland University, Tennessee, and publications editor for the Free Market Foundation. He writes in his personal capacity.

Many people seem to believe free markets victimise the vulnerable. This is curious on the surface since it is obviously false
Opinion
11 months ago

JONNY STEINBERG: Not simply a cash handout, but a transfer of possibilities

Giving money to the poor does not result in dependency, but frees them to look beyond basic needs
Opinion
11 months ago

In the SA Communist Party’s centenary month, three radical thinkers identify ‘the new apartheid’, but disagree about what should be done about it
Life
11 months ago
Next Article