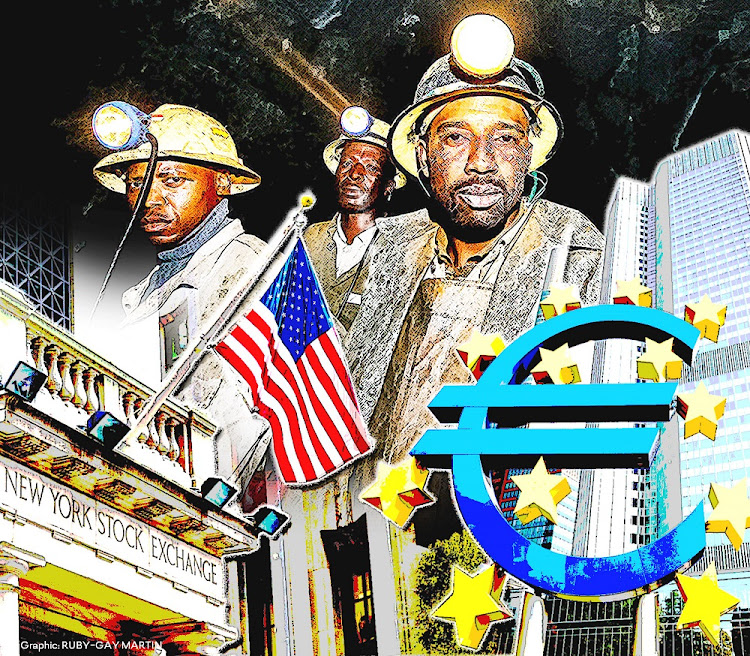 Capitalism is characterised by a cyclical spiral between economic recessions and economic booms, with uncertainty being the only constant. This presents a broader ideological question of who benefits from these transitions.

The other important question is: what are the drivers for these cyclical changes between recessions and boom, who decides that it is time for an economic crisis and an economic boom? For our learned colleagues it is the artificial hand of market forces. However, there is strong evidence in academia that these market forces are not arbitrary and can be manipulated.

SA needs revolutionaries who can influence the environment, and not reactionaries that respond to unchecked changes. To date our economy has been a price taker for commodities in which we have a world monopoly. We lack control over prices and are unable to predict the next crisis or boom — other than to tiptoe behind European bankers and the New York Mercantile Stock Exchange, which continue to determine our fate.

The current commodity boom is not the first for this economy, and it will not be the last. There was one between 2000 and 2005, soon after the advent of democracy. During this period mining companies increased staff complements exponentially, and some such as Anglo American Platinum went as far as investing in steel smelters in the US.

They took SA money and invested it offshore because they did not have confidence in the local economy, despite being the world’s largest platinum producer. The effects of this uncertain capitalist environment were felt almost 10 years later post the Marikana massacre. Most of the companies that had overgrown during the commodity boom could not sustain the size of their businesses and were forced to retrench workers.

Many ill-informed commentators attributed these retrenchments to the Association of Mineworkers and Construction Union (Amcu) and its demand for a R12,500 minimum wage, and ignored glaring facts of poor managerial decisions within this historical context.

In examining the affordability of Amcu’s demands during the five-month platinum strike University of the Witwatersrand academics produced evidence that the R12,500 minimum wage in the platinum industry could have been afforded by these mining houses as far back as 2005. However, this narrative did not make it to mainstream media commentary as Amcu continued to be vilified for its demands.

Compared with the superprofits made by companies, this is as good as picking up breadcrumbs falling from the table of the masters

SA is now experiencing a commodity boom. The question is when did this start, and how long will it last? The answer is we don’t know, since we are not in control. We await an announcement from the owners of the global economy that the boom is over, for whatever reasons justify that determination.

Soon after the 2014 gold wage negotiations the gold price rose and companies made superprofits, while workers were tied to sterile three-year wage agreements. The change in the price of commodities is not commensurate with accruing benefits for those who mine them.

This commodity boom is happening while the gold sector is engaged in wage negotiations. Companies continue to plead poverty and some, such as Sibanye-Stillwater, have the arrogance to offer wage increases as low as R250 a month — even less than the R350 Covid-19 social grant. As mineworkers the commodity boom is a farce as it has little relevance to our lives.

Analysts have indicated that the commodity boom has contributed remarkably to SA’s GDP. The mining industry has over the years directly contributed 8%-10% to GDP, and indirectly about 18%. This is mainly through corporate taxes, royalties and employee taxes. Compared with the superprofits made by companies, this is as good as picking up breadcrumbs falling from the table of the masters, just like the parable of the rich man in Luke 16 verses 19-31.

Tax is paid based on declared income. We are confident that the SA Revenue Service has no mechanism to determine how many ounces of gold or platinum are mined, save to rely on company records. According to the UN Conference on Trade and Development, AU Commission and evidence gathered by Amcu, much transfer pricing, underinvoicing, misinvoicing, profit shifting and tax evasion is occurring in the mining industry.

The government does not have a clue how much is being mined daily, weekly, monthly or annually, other than information provided by the launderers of SA’s mineral wealth.

The Freedom Charter states that “the national wealth of our country, the heritage of South Africans, shall be restored to the people; the mineral wealth beneath the soil, the banks and monopoly industry shall be transferred to the ownership of the people as a whole”.

Our schools continue to teach our children things that are unrelated to our economy. University graduates are taught how to mine platinum and not how to beneficiate and use it. We have children who are educated, but in the wrong way. One mining job in SA supports three in Europe. The SA economy is structured in a way that exports jobs.

The Mining Charter and industry policy action plan 1 & 2 have failed to champion beneficiation. In 2016 Amcu marched to the Union Buildings under a section 77 protest action with a practical plan. In our petition we demanded that 60% of our minerals be exported and 40% be retained for beneficiation. This would have helped build industry capacity to add value to our minerals.

The plan would be coupled with a moratorium in the mining industry requiring that all investors transfer their production, equipment and skills to SA if they want to invest in the country. We cannot be prisoners of foreign direct investment. The SA economy cannot be an unconditional open economy. There is a need for conditionalities, as proposed by Amcu.

MASHUDU MASUTHA: The antidote to looting of mining communities’ benefits is transparency

Fortunes of companies, and by implication those of shareholders, employees and communities, are linked
Opinion
1 month ago

Opposition to the scheme is crumbling
Opinion
3 weeks ago

ROGER BAXTER: After the 2017 changes SA has been stabilised, but now we need growth

CLAIRE BISSEKER: The economy’s growth dynamics are skewing in the wrong ...

CLAIRE BISSEKER: The economy’s growth dynamics are skewing in the wrong ...