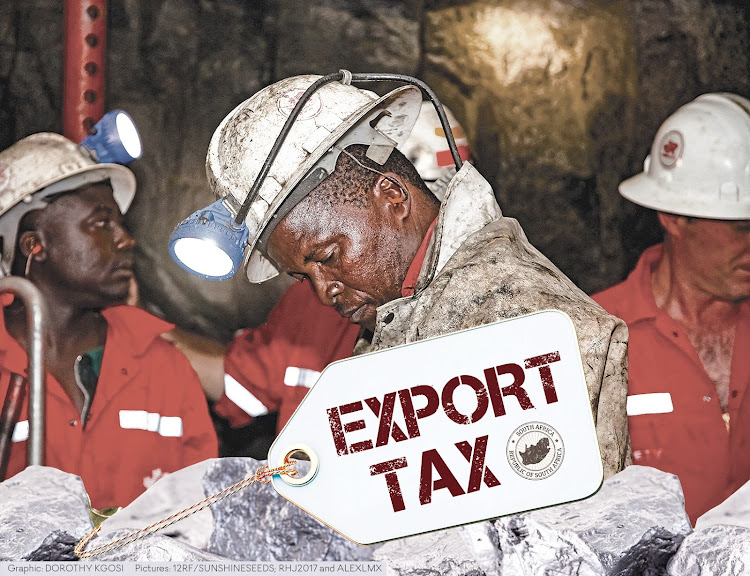 The South African ferrochrome sector and companies supplying that industry have proposed and currently continue to lobby for a tax to be levied on South African chrome ore exports. This proposal is said to offer a lifeline to the ferrochrome industry, a sector whose international competitiveness has severely deteriorated over the past 15 years due to primarily steep increases in electricity prices. The proposed tax is also trumpeted as a means of retaining mineral resources domestically for further beneficiation, whilst simultaneously raising money for the fiscus. What could possibly be wrong with this proposal? The answer is, a lot.

What’s missing in this picture is the impact of this proposal on chrome mining - one of the most competitive parts of South Africa’s mining sector. In particular, independent chrome miners who rely on exports for their livelihoods will face the brunt of the impact of the chrome tax. The chrome mining industry directly employs some 10,800 workers across UG2 and primary chrome operations, which is significantly more than the roughly 6,900 direct workers reported to be employed in ferrochrome smelting. The ferrochrome smelters are proposing taxing the relatively healthy, job-rich upstream to protect their downstream activities.

A close scrutiny of the proposal reveals a number of significant risks. It is relatively rare for mining countries to tax the export of a commodity, in this case chrome ore, as it is the lifeblood of their economy. In those rare cases where such exports are taxed, it is done to ensure a sufficient flow of raw material to the local processing industry. But in South Africa, the ferrochrome producers have ample access to chrome ore. The two major producers, Samancor and Glencore, each have their own chrome mining operations from which they source their chrome ore requirements.

A possibility of imposing a chrome export tax has been discussed for a considerable period of time. The latest drive started in 2019 when the ferrochrome producers, after incurring electricity tariff increases totalling over 500% since 2008, faced extreme cost pressures and gave notice to their work forces of a necessity to restructure.

Why then tax a flourishing export industry, imperilling the livelihoods of as many as 70 000 workers (counting both direct and indirect jobs) and dependents? The logic is surprisingly convoluted. In the ferrochrome value chain, chrome is mined and then, through the application of significant amounts of electricity, smelted into ferrochrome, a key ingredient in stainless steel. The logic being put forward is that by imposing the export tax, the cost of chrome to ferrochrome producers in China would increase relative to the cost of chrome to the ferrochrome producers in South Africa. This would, the reasoning goes, protect the margins of the South African ferrochrome players and allow them to expand.

This logic is faulty for a number of reasons. Firstly, South African ferrochrome producers already obtain chrome ore at around half the cost of the Chinese smelters. The South African smelters are not uncompetitive due to overpaying for chrome ore – they are under pressure as a result of the relentless rise in the cost of electricity, a major cost input, over the past decade and a half.

Secondly, the plan assumes that Chinese producers will meekly allow the price of a critical input to a core industry to be artificially increased, so that the downstream product can then be exported from South Africa – mostly to China!

The Chinese government and ferrochrome/stainless steel value chain is unlikely to stand idly by and watch a strategic industrial activity being decimated through price manipulation. The most probable response would be a sharp and effective retaliation – as a simple raising of tariffs on imports of South African ferrochrome. This would effectively negate any benefit, real or speculative, that may be attached to the proposal, but with the consequence too of poisoning relations with South Africa’s largest trading partner for little gain, if any. In addition, some 35% of global stainless steel production is not controlled by China and the producers of this tonnage will be no more likely to pay more for their ferrochrome than the Chinese stainless mills.

It is also naïve to assume, as the tax proponents do, that the chrome exporters will be able to claw the tax back in the form of higher chrome prices charged to their Chinese customers. Despite South Africa being the largest exporter of chrome ore, Chinese buyers still have the ability to turn to other sources of chrome supply globally. Furthermore, China remains the predominant destination market for chrome ore exporting countries. For these reasons. the Chinese purchasers have enormous bargaining power. This has been seen time and time again when chrome suppliers have tried to pass-on cost increases to Chinese buyers. The likely outcome is that our chrome exporters would need to absorb a material portion of any export tax that is imposed, if not the majority of the tax, with unintended consequences

It is in this likely scenario that miners’ jobs will be under threat. The global chrome ore market is highly competitive and margins for chrome exports are already very tight. This means that production volumes will fall as unit costs are pushed up by the tax. The cost of the tax will thus ultimately be borne by the employees of primary and UG2 chrome miners and their dependents, as well as the multitude of industries which support chrome mining operations. It also means that any net gain to the fiscus is likely to be significantly less than that projected by proponents of the tax.

The proposed export tax on chrome should be recognised for what it is: a speculative and high-stakes gamble. For little real gain, it will impose a very real cost on primary and UG2 chrome ore producers and their employees and families. Can South Africa afford to take such a costly and high-stake gamble at this point? We think not.