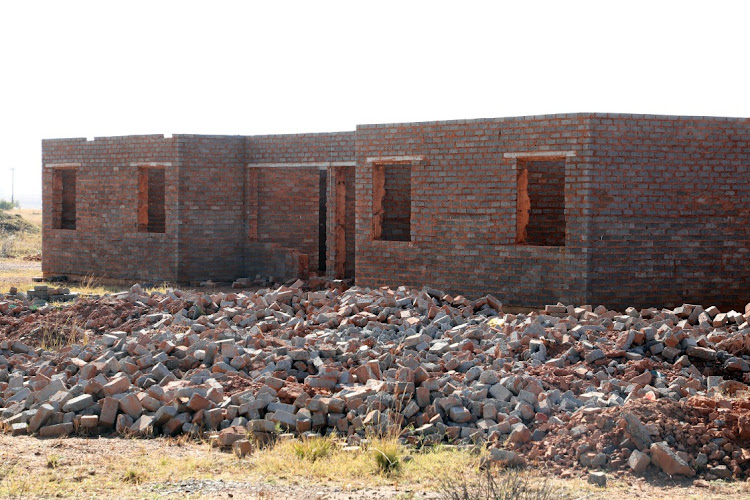 The draft Western Cape Inclusionary Housing Policy Framework is an important spatial justice intervention, but does it do enough to create equitable communities in our context? The province recently conducted a public comment period on this policy framework that aims to provide consistency and consensus around inclusionary housing in the province.

Having advocated for inclusionary housing in Cape Town for some years, we have been struck by an apparent lack of effort to undo the racist legacy of apartheid zoning. Colonial and apartheid era spatial planners relentlessly wielded zoning systems as a weapon for racial oppression and segregation, with the result that our communities are still segregated from one another by race and class. In stark comparison, postapartheid spatial planners largely pay lip service to spatial transformation without implementing concrete plans to redress centuries of racialised spatial inequity.

Twenty-seven years after apartheid, racial and class exclusion remains a persistent barrier to accessing equitable services. The legacy of spatial inequality in many towns and cities in the Western Cape means the majority of black and coloured residents live in densely populated, under-resourced townships and informal settlements on the periphery of towns and cities, while wealthy, mostly white residents live in well-resourced, low density, centrally-located areas.

The lasting effect of living in peripheral locations is to trap poor people in a violent and traumatising cycle of poverty by reducing access to educational opportunities, making jobs harder to find and keep, limiting access to services and amenities, and forcing families to spend disproportionate sums on unreliable and at times dangerous public transport. As the nation and world has witnessed over the last week with social unrest in parts KwaZulu-Natal and Gauteng, the levels of inequality and poverty have a frightening ability to push this country to the brink.

An important omission in the province’s draft policy framework, and one reason it may fall into the category of “lip service or empty promises”, is that it does not explicitly intend to create affordable housing opportunities for black, coloured and Indian households. It's essentially a colour-blind policy, meaning the only criteria for someone to be eligible for an inclusionary housing unit is falling within the R3,500 and R22,000 income bracket, known as the “gap” market.

This could include a range of people like white young professionals, or run the risk that developers may only provide units at the top end of the affordability bracket (for example, households earning R20,000 to R22,000). This will exclude the majority of residents, especially considering that according to a 2019 Stats SA Inequality Trends Report, the median income of a South African is R13,546 per year, or just R1,129 per month.

Those who were legally barred from well-located areas during apartheid because of the colour of their skin continue to be priced out of these same areas today. For a studio apartment in a new development in the Cape Town CBD with an estimated minimum market value of about R1.4m, using Stats SA census data adjusted for inflation, we calculate that only 1.16% of all black households can afford to access and fit into this apartment, compared to 17.15% of all white households. This means over 14 times the number of white residents can access what the market is providing in well-located areas, compared to black residents.

This raises the legitimate question of whether inclusionary housing can effectively correct the wrongs of the past if it does not squarely address the most dominant societal feature: that entrenched spatial inequality in SA is racial. According to US Supreme Court justice Harry Blackmun: “In order to get beyond racism, we must first take account of race. There is no other way. And to treat some persons equally, we must treat them differently.” The real risk is that a colour-blind inclusionary housing policy would reinforce racist land practices, and by omission not explicitly benefit households historically and presently excluded from residential market opportunities in well-located (predominantly white) areas.

However, that said, a reservation of inclusionary housing units for specific vulnerable groups of people (in this instance, to benefit black, coloured and Indian people, women, the youth and people living with disabilities) would technically amount to discrimination on the grounds of race, gender, age and disability. In theory, a white able-bodied male could challenge such a policy on the basis that it discriminates against him in terms of section 9 of the constitution, which guarantees everyone equality before the law and the right to equal protection and benefit of the law.

While racial restitution in private residential housing is uncharted territory in spatial planning law, we believe the Spatial Planning and Land Use Management Act of 2013 creates a firm mandate to redress race-based inequalities head on. This mandate stems from the acknowledgment that segregation and land deprivation were cemented and effected through zoning schemes and other spatial planning policies and laws during the colonial and apartheid eras. The constitution expressly recognises SA’s history of forced removals and landlessness in the property clause (section 25), and places obligations on the state to proactively redress past injustice in relation to land and housing.

While addressing race-based inequalities can be defended on its own terms (and we believe any court challenge would fail), it is also necessary to consider the dire consequences of not transforming our broken towns and cities. As President Cyril Ramaphosa reminded the nation on the night of July 12 in a sorrowful address amid widespread political and social unrest: “[T]he level of unemployment, poverty and inequality in our society is unsustainable. We cannot expect a lasting and durable peace if we do not create jobs and build a more just and equitable society in which all South Africans can participate freely and equally.”

The political unrest is linked to the failure to address race-based spatial inequalities and is bound to deepen if corrective policies, like inclusionary housing, does not address the proverbial elephant in the room, and provide meaningful opportunities to black families excluded from living in better located parts of our towns and cities.

• Cogger is an attorney and Park-Ross a researcher, at Ndifuna Ukwazi Law Centre. This is the last of a three-part series on inclusionary housing.

The how, who, what and where of inclusionary housing

Once we all accept that spatial redistribution is necessary in our towns and cities, the next set of questions are practical
Opinion
11 months ago
Next Article