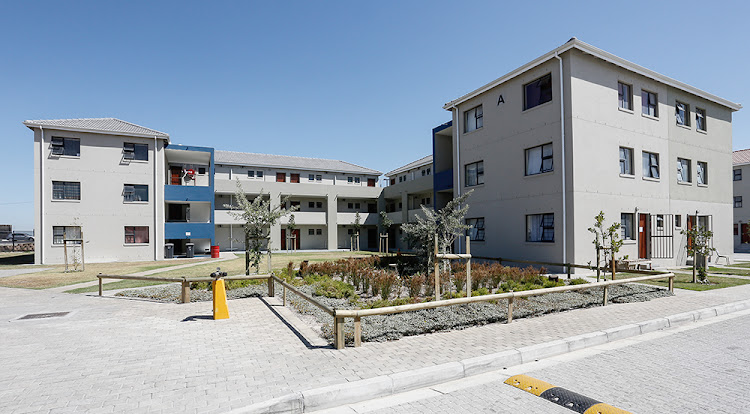 For almost 400 years Cape Town has been spatially divided into racial groups. Housing development in the postapartheid era has largely sustained racial segregation with ever-increasing housing prices in exclusive luxury developments and the state prioritising delivery of affordable housing on the outskirts of the city.

In this context, access to affordable homes in good locations — close to jobs, hospitals, good public schools and other social amenities — remains an unrealised pipe dream for the majority of the working class. For instance, nurses, police officers, firefighters and government employees, despite playing an essential public role, are forced to live far from work opportunities in areas more prone to gangsterism, poverty and crime.

At the same time Cape Town and Stellenbosch are developing inclusionary housing policies. These policies will mandate private developers to provide a fair percentage of affordable homes among market-rate units in their new developments. Planning approval for new developments will depend on compliance with these policies.

These inclusionary housing policies have the potential to integrate communities across race and class divides and be another source of housing delivery for municipalities. With a housing backlog of roughly 365,000 people in Cape Town alone, the overwhelming scale of need has led to a response by the government that is centred on delivering the highest number of houses, at the expense of the quality and location of those homes. Things are only set to get worse as the economic ramifications of the Covid-19 pandemic drive more people into homelessness.

To start the process, it is useful to know that inclusionary housing has been successfully used in multiple jurisdictions around the world to create equitable communities and increase the supply of affordable housing. The notion of inclusionary housing emerged in the US in the 1970s and has since spread to parts of Europe and the Global South, including Malaysia, India, Brazil and Colombia.

SA has grappled with adopting a policy since 2004 but for various reasons a policy was never developed. According to Rick Jacobus, an international inclusionary housing expert who has assisted the city with its local policy, it “taps the economic gains from rising real estate values to create affordable housing”.

A just and feasible inclusionary housing policy that is well designed, implemented and monitored provides the potential to achieve a range of objectives:

As the public we need to ensure that the full potential of this tool is maximised to advance spatial justice by demanding policies that provide both greater access to land and housing for those who need it the most and well-located housing that stays truly affordable in perpetuity.

One of the major stumbling blocks to the impact of these policies will be who they cater for. To understand who these policies should benefit, part two of this series will unpack the mechanics of inclusionary housing in private developments, such as the number and price/rent of units, who would benefit, resale restrictions and the potential financial impact of inclusionary housing.

• Cogger is an attorney, and Park-Ross a researcher, at Ndifuna Ukwazi Law Centre. This is the first in a three-part series on inclusionary housing.

However, the DA says the minister’s delivery promises were not followed through with 12.5-million people still in informal settlements
National
4 weeks ago