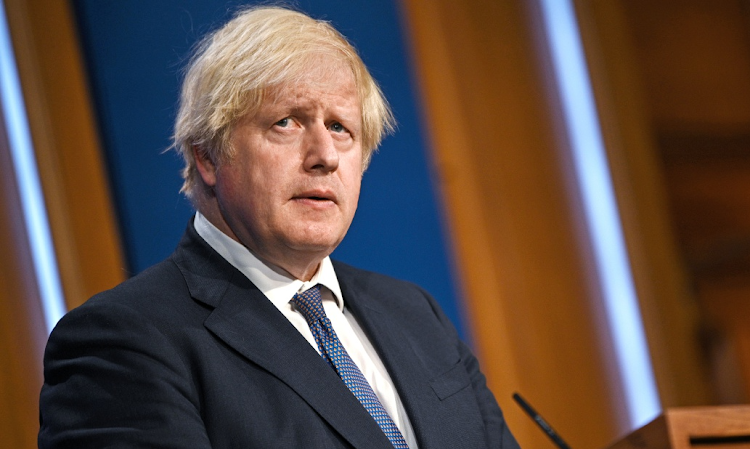 London — Yes, Boris Johnson was quick to condemn the racist abuse that was hurled at three England players whose missed penalty shots in Sunday’s dramatic Euro 2020 soccer final against Italy ended their nation’s best chance at a major trophy in the sport since its 1966 World Cup victory.

But for some, his words stuck in the craw. As the former star player and pundit Gary Neville noted, the prime minister seems to want it both ways.

The vicious social media attacks were directed at Marcus Rashford, Jadon Sancho and Bukayo Saka, three exceptional young players who happen also to be part of a squad whose diversity proved a strength. Rashford’s grandmother came from the West Indies island of Saint Kitts; Sancho’s parents are from Trinidad and Tobago and Sako’s from Nigeria.

No right-thinking person supports such abuse, but the question is whether those with the power to act against it are doing enough; the answer plainly is no. A 2020 YouGov poll for the football equality and inclusion organization Kick It Out found that 71% of respondents said they had witnessed racist comments directed at a player on social media and 30% had witnessed it at a match. More than a fifth said they are unlikely to report any act of discrimination in the future.

At the start of the Euros, as the tournament is called, England manager Gareth Southgate explained that his players would “take the knee” — not as any kind of political statement he made clear, but as an act of solidarity against racism. His decision didn’t sit well with a Conservative government and some ministers made clear their discontent.

Johnson remained silent when fans booed as the England team took the knee in a warm-up match against Romania in early June. Some days later, the prime minister clarified that he didn’t support booing the national team, but didn’t think the knee-taking was helpful. “When it comes to gestures and symbols I’m more on the side of practical action to combat racism and make life better for everybody in this country,” he said.

Other Conservatives were more critical. Tory MP Lee Anderson said his constituents see it, curiously enough, as a “Marxist” measure and boycotted watching the England side as long as they persisted in it. Home secretary Priti Patel was the most prominent opponent, calling the decision “gesture politics” and likening it to support for toppling statues.

It’s easy to see why the government took a dim view on the knee-taking. For many Tory voters, the gesture symbolises approval of a broader woke agenda that includes challenging elements of their historical narrative and the cancel-culture madness they see in America. Some will argue that protesting such gestures is about protecting free speech. And for some, it’s a protest against the notion of white privilege, which feels deeply unfair to poorer white working-class voters in the north of the country, exactly the votes the Tories need to keep to win elections in the future.

So, this is a tricky issue given all the ways in which different agendas have become wrapped up in the gesture. It’s perfectly reasonable to argue that the two positions — anti-knee and anti-racism — are entirely compatible. Those inclined toward such abuse don’t draw such fine distinctions. At any rate, Johnson didn’t bother to try.

Of course, racist abuse in sport (or society) is not just an English problem. France’s 1998 World Cup champion team included players of such diversity that it was popularly called “Black-Blanc-Beur” (black, white and colloquial French for Arabs from the Maghreb). Their triumph in the tournament was heralded as a sort of national inoculation against racism. That proved overly optimistic. The spirit of ’98 hasn’t fundamentally changed racial tensions in France or even racial attacks on minority French players.

Bulgaria was handed a partial stadium ban after fans were found guilty of racist behavior and a Bulgaria-England match in October 2019 stopped twice due to racist chanting aimed at England players. Italian fans have been so appalling that Ivan Gazidis, the CEO of AC Milan, has argued that tackling racism in the stands is key to unlocking value in Italian clubs and broadcast rights.

Tackling abuse in England and elsewhere requires leadership by three main actors: sports authorities, government and the tech companies whose platforms are the main delivery vehicles.

The UK has various laws on the books to help authorities go after abusive fans in stadium settings and there are policies from the English Football Association and other levels of the sport. But the policies are only as good as enforcement and more needs to be done. The Premier League has a “rapid response” reporting system, but the system puts the onus on players to report abuse and many don’t want to endure the discomfort and media spotlight that comes with that.

England stars Raheem Sterling and Harry Maguire have argued for tougher sanctions and more cooperation from the tech platforms. The tech companies all say they are doing better at whack-a-mole but have resisted calls for verifying user accounts and other measures that would entail a big increase in staffing (and end the anonymity that is a big part of the appeal for many users).

That doesn’t mean there aren’t ways to do better. The data company Signify uses its machine learning tool to analyse online abuse. One finding is that abusers routinely take advantage of the lack of standardised rules and enforcement by varying their content and format depending on the platform.

The irony here is that England’s quietly assured manager — quickly becoming one of the most remarkable leadership stories the country has had in a long time — took a not insubstantial risk. Fans could have opposed the move or the public misinterpreted it. Some did. And yet he made the courageous decision and explained it over and over again — because the upside of those players, revered by so many, sending a united message against racism far outweighed the cost of some support.

Britain’s prime minister, whose communication skills are much storied and reflected in election victories, wasn’t brave enough to make the same argument for the same cause. He tried to split the difference. The result wasn’t what you’d call leadership on such a key issue.

From captain Harry Kane to Jordan Henderson and Raheem Sterling, players have taken a stand against prejudice
Opinion
2 months ago
Next Article