It is the government’s job to ensure consumers can engage with the legal market in a safe way, without dictating outcomes 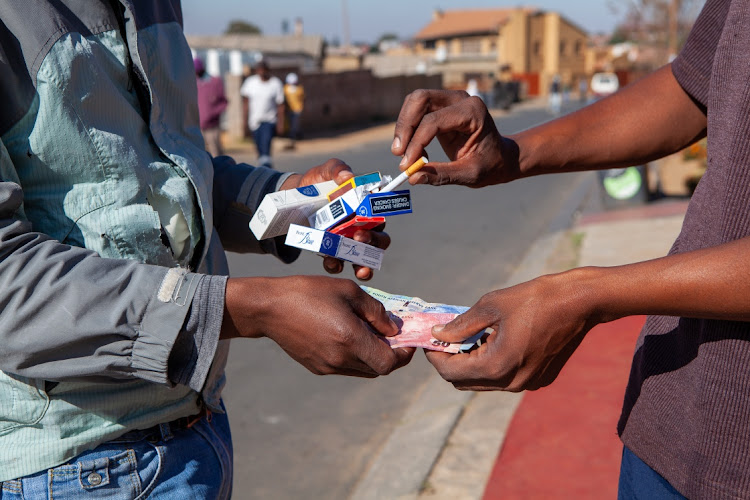 More than 200 African diplomats are being expelled from SA for their participation in the illicit alcohol and tobacco trade, costing almost R100m in tax revenue. This did not occur in a vacuum, however; it was during the government’s Covid-19 hard lockdown, and further research shows government interference, usually in the form of taxes, generally encourages black market behaviour. SA is also now back at level 4 of the lockdown, with alcohol again prohibited, and tobacco probably escaping such a fate by the skin of its teeth.

Where does a black market come from? When the government makes it too difficult for consumers to legally access the products or services they desire, black markets are the natural outcome. If black marketeers can make a product available to a consumer that is not available in the legal market, or can make it available at a substantially reduced price, that is the path of least resistance that any rational consumer would take. As there are no taxes in the black market, tobacco could be cheaper, for example, by excluding value-added taxes from the price.

When tobacco products become 10% more expensive relative to the incomes of those who purchase those products, the illegal trade in those products grows by 7%. It is, therefore, quite likely that affordability is the main reason consumers engage with the illegal tobacco trade. In the realm of sin taxes, this is obviously a problem. The idea behind sin taxes is precisely to make socially frowned-upon activities such as smoking and drinking alcohol more expensive than they would otherwise be. But the unintended consequence of this is that nobody smokes or drinks less; they simply smoke and drink more affordable, untaxed, but often also more dangerous products.

Alternatively, they continue to smoke and drink in the legal market but now have artificially smaller disposable incomes. Nobody has stopped smoking or drinking because a politician told them to. However, black markets do harm the legal market, consumers and the very government that caused their existence in the first place. The legal market suffers because firms wish to be law-abiding — they comply with lockdown prohibitions, high taxes, and often burdensome regulations — while their black-market competitors can simply shrug off any such expensive sentiments.

Black markets hurt consumers through underaged consumption, unknown ingredients often being used in the products, organised crime that develops to protect the racket (filling the role the police otherwise would), and the funding of terror activities around the world because of a lack of financial transparency.

It is the general lack of transparency — about ingredients, finances and others — not necessarily the absence of regulation, that makes black markets more harmful than the legal market. That is why governments should make an effort to reduce the size of the black market by deregulation and, most importantly, reducing tax rates. This would encourage consumers to seek their products in the legal market without having to deal with artificial government impediments.

Finally, government suffers because it loses out on tax revenue, and presides over an increasing number of people who do not respect its (often unrespectable) laws and regulations. A conservative estimate puts the amount lost by governments around the world to illegal tobacco trade at R573bn in taxes per year, according to 2016 numbers by the IMF. Reducing taxes in the legal tobacco trade (and other trades) could, counter-intuitively, yield more in tax revenue than government currently receives.

The knee-jerk reaction to the phenomenon of black markets might be to encourage stricter enforcement of the laws against the illicit trade. That could be effective, but treating the symptoms of a problem and not the problem itself is never a recipe for sustainable success. The root of the problem lies in government’s paternalistic approach to consumer welfare. Smoking is never good for one’s health, but that decision lies with the consumer exclusively, not with government. It is the government’s job to ensure consumers can engage with the legal market in a safe way, without dictating outcomes.

Governments must start paying more attention to unintended and unforeseen consequences of their policy decisions. Simply raising taxes does not have the result of curbing frowned-upon behaviour. It might worsen the public health problem that the government sought to address in the first place, by pushing consumers into dangerous, shadowy economies.

The SA government’s most invasive interference in the legal tobacco trade — the ban during the Covid-19 lockdown — for example, simply further incentivised political corruption, costing millions to the state and doing immense damage to the legal tobacco market. One can guarantee that smokers did not stop smoking during this highly stressful period. The black market, as one would expect, was ready and able to serve market demand — and it always will be.

Black market trades in the most highly regulated states of the world — North Korea today, East Germany and the Soviet Union of yesteryear — clearly shows that trying to stamp out black markets without addressing their underlying cause is a fool’s errand. The proposed Control of Tobacco Products and Electronic Delivery Systems Bill should therefore be abandoned.

• Van Staden is a member of the executive committee and rule of law board of advisers of the Free Market Foundation. He is pursuing a doctorate in law at the University of Pretoria.

Brand value down the drain

If governments around the world were to impose greater rules on the alcohol and sugar industry — including laws on plain packaging of products and ...
News & Insights
1 year ago

Consultation is vital before the policy on sin taxes is changed