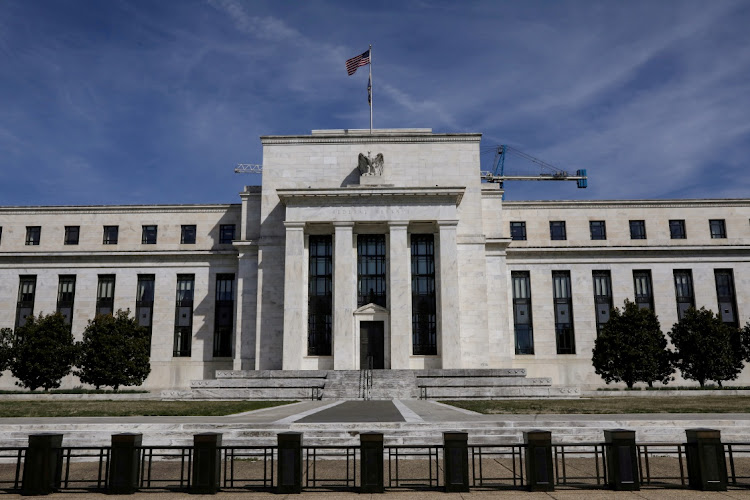 The Federal Reserve building on Constitution Avenue in Washington, DC, the US. Picture: REUTERS/BRENDAN MCDERMID

The US Federal Reserve has come under pressure to shift its thinking on inflation and monetary policy. A correction was indeed overdue, and at last week’s meeting of its policy-making committee the Fed budged, but not quite enough.

The central bank held interest rates at zero and announced no plans to taper its $120bn-a-month bond buying programme. But its closely watched “dot plot” showed a majority of its officials now projecting at least one rise in interest rates in 2023. Financial markets took note, and yields moved up a notch.

This confirms, at least, that the Fed is watching developments. Nonetheless, there is still something of a disconnect between what is happening in the economy and what it is saying. In communicating its thinking the central bank’s dilemma is real. It saw no choice last year but to bind itself indefinitely to a short-term interest rate of zero and an extended programme of asset purchases.

An open-ended promise of monetary accommodation seemed the only way to support demand. Part of the formula was to promise not to get ahead of economic developments. Rather than trying to look forward, as central banks have traditionally done, the Fed would wait for “maximum employment” and an unspecified period of above-target inflation before considering tighter policy.

Whether this stance was in fact necessary, rapidly changing conditions have required an adjustment. The economy is growing faster than the Fed expected three months ago, and inflation is running hotter. Consumer prices rose 5% in the year to May, the fastest rate since 2008. Granted, the pandemic pushed prices down last spring, so part of that excess will be temporary, but there are signs that underlying inflation is picking up.

The Fed’s other declared criterion for a shift of policy — maximum employment — is also problematic. Total employment is still well below pre-pandemic levels, suggesting plenty of slack to take up. But many businesses say it is hard to fill vacancies and wages are rising, suggesting a labour market that is tight, not loose.

These complications make the Fed’s job much harder than usual. But its public analysis still tends to dismiss signs of excess demand too readily as short-lived developments rather than cause for concern. /New York, June 17

The G7 countries pledge to smoke out the use of tax havens by multinationals, particularly internet giants
Opinion
1 month ago