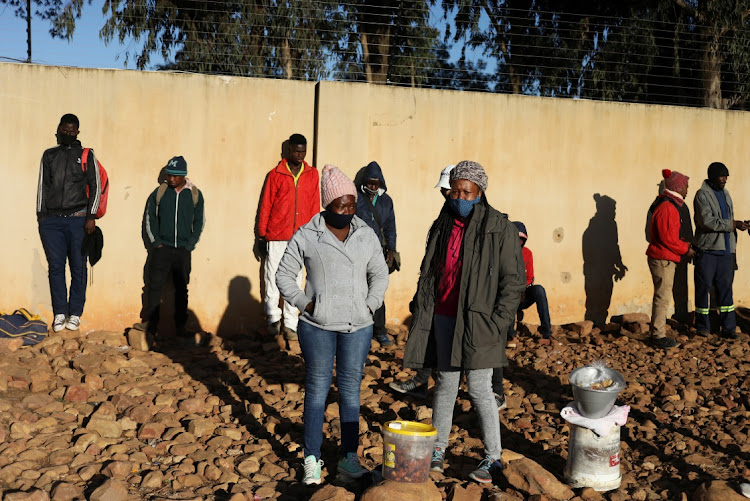 Women have never been short of challenges in the workplace. They are still today subject to decades-old — even centuries-old — biases. Sexism and harassment are commonplace and the wage gap shrinks but persists. Women also draw the short straw when it comes to hiring and firing and are regularly passed over for promotions. Giving birth to new humans remains a liability. And across the world they disproportionately hold low-wage jobs with few or non-existent social protections.

Women of colour suffer a double-whammy — gender and race discrimination. Then came Covid-19 and the slowing down of the global economy. Within months, the World Economic Forum (WEF) pronounced the pandemic as “the biggest setback to gender equality in a decade”. If before the crisis full economic parity was still 257 years away, said the WEF, 2020 extended that timeline.

Millions of women lost their jobs overnight, including legions of those holding informal and low-paid jobs with little social protection. On top of this, women-run business were hit hard. A UN Women’s “From Insight to Action” report estimated that “the pandemic will push 96-million people into extreme poverty by 2021, 47-million of whom are women and girls”.

And of the income spectrum, an early LinkedIn UK study suggested that the recovery was also going to be skewed. Tracking professional appointments, the site found that 62% of UK jobs in April 2020 went to men. What’s more, across the globe women fell back into their roles as traditional caregivers, doing more unpaid work over lockdowns. So even when they hung on to their jobs, many had to cut back their hours as they took on more caregiving and schooling responsibilities. Such was the global toll on women that the term “she-cession” has become the newly coined shorthand for their economic setback. And it is likely that these setbacks will cast a long shadow into the future too. McKinsey research estimates that the crisis could cost women about half a decade of progress.

In SA, the same patterns are evident. The National Income Dynamics Study — Coronavirus Rapid Mobile Survey (Nids-Cram) found it was women who bore the brunt of SA’s initial strict lockdown, with twice as many women in their study losing their jobs in April 2020. Women’s employment fell 23% between February and April, compared with a 10% drop in men’s employment. The researchers also estimated that the average gender wage gap grew 46% over the lockdown.

It goes without saying that as we seek to restart the economy, we will need to specifically think of ways to get women back to work and ensure working environments are more equitable. But this is easier said than done.

Even in wealthier nations with a broader tax base than that of SA, few government programmes are in place to support women at work, the UN’s Covid-19 Global Gender Response Tracker finds. And in cash-strapped SA, the challenge will be even more significant.

It is likely that the private sector will have to step up to fill the gap here. But there is much that all organisations can do. Having learnt some painful lessons from Covid-19, business could strengthen policies that expand support of child care and working mothers, and in particular vulnerable women. Gender wage gaps and occupational segregation must be tackled in both the public and private sectors. And the issue of stress and burnout needs particular attention.

While working from home has some benefits, families are also struggling with financial uncertainty and mental health concerns, and women are once again taking the brunt. Proactive measures have to be introduced across sectors to raise awareness around these issues and to put in place measures to counteract them. For example, those in supervisory and leadership positions could be better educated about the demands on and expectations of working mothers (no after-hours e-mails, for one). And all people in the organisation should be encouraged to speak out about the challenges they are facing in terms of balancing work- and home-life so that everyone feels less isolated.

Radical flexibility needs to become the new normal now that the concept has been pretty much proven by remote working being adopted out of necessity during the pandemic. Globally, businesses are thinking of ways to overcome the challenges and draw on the benefits of working from home and it is likely that flexible working could play a key role in attracting and retaining top talent in the years ahead.

Finally, more women need to be promoted to positions of power. Not only because if they are the ones on the front line of global economic setbacks — the first to lose their jobs, the first to be assigned caregiving duties — they should help shape the response to the next crisis, but also because it is widely understood that having women in the top team is good for business. Research shows that company profits and share performance can be close to 50% higher when women are well represented at the top.

The crisis has disrupted countless lives and businesses, but it also offers us an opportunity to take stock and do things differently. If we choose now to challenge the status quo and invest in the building of more flexible and empathetic workplaces, we can create stronger and healthier businesses with more resilient people that will stand a much greater chance of weathering the next storm.

• West is director of executive education at the University of Cape Town Graduate School of Business.

MAMOKETE LIJANE: Companies do themselves a disservice by closing down space for ‘talkative women’

Not building in sufficient redundancy can make decision-making faster, but less robust
Opinion
6 months ago

Low female representation blights mining despite progress in some sectors

Did being a black woman make it easier for the board to let this excellent CEO go?
Opinion
7 months ago