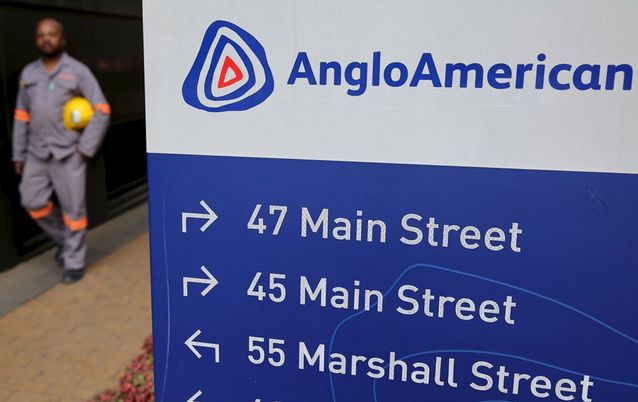 In any other year, the great and the good of the global mining industry would be gathered in Cape Town for the annual Mining Indaba. This year, due to the Covid-19 pandemic, the organisers instead held a two-day, virtual conference featuring, among others, Anglo American CEO Mark Cutifani.

Cutifani emphasised the significance of environmental, social and governance (ESG) issues to Anglo’s strategy; the importance of social responsibility; and the great work the company is doing to support local communities throughout the global pandemic.

He acknowledged that because local communities are most affected by mining companies’ operations, they are important stakeholders. Their needs and quality of life should be accounted for not only during a mine’s lifespan, but in the future too. But mining companies cannot only look at their shiny future, they also have to look at their murky past, where the lasting impacts of poor practices are still devastating vulnerable communities.

Anglo’s position regarding the class-action lawsuit filed against it in the high court in October on behalf of more than 100,000 claimants, most of whom are children with uncertain futures, is just one unfortunate example.

The Kabwe lead mine in Zambia was in the Anglo group for 50 years and was one of the world’s most productive lead mines, all this time causing widespread contamination of the soil, dust, water and vegetation. Mining and environmental experts have concluded, based on the levels of annual production at Kabwe, that two thirds of the lead pollution in Kabwe stemmed from the years Anglo was involved in the operation.

Last year, during a presentation of the company’s annual sustainability report, Cutifani claimed, ‘We don’t believe Anglo American is responsible for the current situation.’

Generations of people have suffered from lead poisoning, with consequences ranging from psychological, intellectual and behavioural damage to serious and permanent physical damage to bodily organs, neurological systems and fertility. In extreme cases, lead poisoning at the levels found in Kabwe can lead to serious brain damage and death. In pregnant women, lead poisoning can damage the baby’s health, while mothers have a higher risk of pre-eclampsia, gestational hypertension and miscarriage.

Anglo’s human rights policy, consistent with the UN guiding principles on business and human rights, states: “[W]here we have caused or contributed to adverse human rights impacts we will contribute to their remediation as appropriate.” However, Anglo has so far distanced itself from any responsibility for the crisis in Kabwe.

Last year, during a presentation of the company’s annual sustainability report, Cutifani said, “We don’t believe Anglo American is responsible for the current situation.”

Anglo is quick to point to examples of using its experience, knowledge and resources to assist on issues such as Covid-19 and the HIV crisis, but we must hold them to account when they refuse to acknowledge human rights disasters directly arising from their business operations.

This is not the first time Anglo has resisted compensating the victims of its business operations. Tens of thousands of miners contracted the serious and often fatal lung diseases silicosis and silico-tuberculosis from working in its gold mines in SA. The miners’ communities were decimated by disease and poverty.

Despite being aware of the victims’ predicament for decades, it was only after many years of protracted litigation that Anglo and other gold mining companies agreed to a series of compensation payments, culminating in a $400m class-action settlement in 2018. Like the Kabwe case, the silicosis litigation concerned claims over historic actions and omissions with present consequences.

Time does not always heal, and until Anglo acknowledges responsibility the situation will continue: no compensation, no blood lead monitoring for children, and no cleanup and remediation to ensure the health of future generations is not jeopardised.

Cutifani seems more comfortable championing Anglo’s commitment to a 100-year future for the local community than he is accepting his company’s liability for nearly 100 years of devastation. This cannot be reconciled with Anglo’s founding principles, best espoused by its founder, Sir Ernest Oppenheimer, in 1954: “The aim of [Anglo American] is, and will remain, to earn profits for our shareholders, but to do so in such a way as to make a real and lasting contribution to the communities in which we operate.”

Anglo’s contribution to the Kabwe community has indeed had a lasting impact — in the worst way. Its denial of responsibility against the backdrop of evangelising the importance of ESG reveals a deeper truth: Anglo is committed to grand public statements and positive publicity, not positive change. The time has come for Anglo American to confront the reality of its legacy in Kabwe.

• Meeran is head of international at Leigh Day, and Mbuyisa is a partner at Mbuyisa Moleele. The two firms are collaborating on a class action against Anglo in the Kabwe case.

Jubilee Metals to start cleaning up the environmental mess left at mine in Zambia, where communities aim to bring a class-action case against Anglo ...
Companies
2 years ago

Mining sector to rely on education to ensure vaccination success

All virtual work and no play at Mining Indaba

With the annual mining conference moved online, delegates are missing the parties and the networking, and Cape Town hotels stand empty
National
11 months ago
Next Article