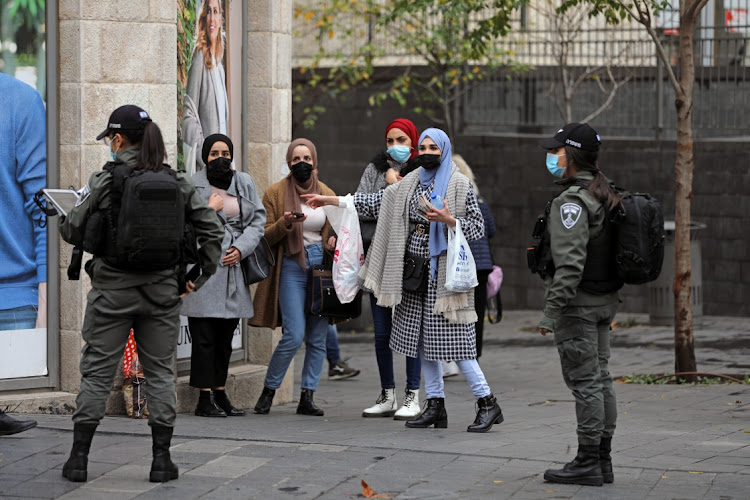 It was one of the most widely telegraphed risks at the onset of the pandemic: women, who seemed to suffer less from the Covid-19 disease, would probably pay a steeper economic price than men. The clues were hiding in plain sight. Women make up a larger share of workers in industries that ground to a halt, and they typically shoulder more of the unpaid labor at home. It would be a greater challenge for them to both keep their jobs and carry on working.

Although this “she-cession” has been very real, there is reason to be hopeful. Some countries were more successful than others in keeping women employed, shedding light on the effectiveness of policies such as making child care affordable and targeting support to hard-hit sectors. If policymakers want to hasten a Covid-19 recovery, they will need to expand some of these efforts.

According to the UN, which has been monitoring government responses to the crisis in its Covid-19 Global Gender Response Tracker, few policies specifically target women. Out of the 1,300 or so social-protection and labour-market measures adopted by about 200 countries, fewer than one in five are “gender sensitive,” in they consider women’s economic security and responsibility for unpaid care. The consequences have been clear.

Look at the EU. Notwithstanding the hundreds of billions of dollars in stimulus — equivalent to more than 10% of annual GDP in the bigger economies — employment dropped significantly in the retail, tourism and hospitality sectors, where women make up more than 60% of the workforce. Female unemployment in the bloc now stands at 8.1%, whereas for men it is 7.2%.

Even when women are able to keep their jobs, many are forced to cut back on their hours because of an increase in caregiving and schooling responsibilities. Analysis by the International Labour Organisation, which has studied monthly wages across 28 European countries, shows that even with earnings subsidies, women on average suffer a 6.9% decline in wages as a result of working fewer hours, compared with a 4.7% decline in men’s wages between the first and second quarters.

Previous crises have shown that once someone steps out of the job market, it can take years before they get back in.

The gaps are widest in some of Europe’s leading economies. In Germany, the 8.6% decline in women’s wages in the first half of this year was almost twice that for men. In the UK, women saw earnings decline by 12.9%, nearly double the drop for men.

Perhaps of greatest concern is the rate at which women have been dropping out of the labour force altogether. Several advanced economies — including the US, Canada and Japan — have seen the gap widen between active men and women in the labour force. One survey in Europe found that 4% of women who lost their jobs during the pandemic stopped looking for work, compared with just 1% of men. Previous crises have shown that once someone steps out of the job market, it can take years before they get back in.

The silver lining is that some governments have stepped up, directing support to child care and female-dominated sectors and helping women maintain paid work.

In the UK, child-care centres are exempted from paying property taxes until end-2021, and the government has granted child-care tax credits to families. Measures such as these, which have prevented centres from closing and ensured families can afford care, helped women keep their jobs, according to a study by the Peterson Institute for International Economics. Given the high price of child care for preschool children, offering subsidies is particularly useful as the pandemic hits incomes.

UK retail, hospitality and leisure businesses are also eligible for cash grants of as much as £25,000 in the northern hemisphere spring, which help companies retain staff. Financial support has been extended to help businesses weather recent lockdowns.

In Australia, where 16 of the 36 policy measures taken are gender sensitive, the government also provided free child care to about 1-million families, and when it suspended the programme in July, it attracted significant criticism. Norway doubled paid time off for taking care of small children to 20 days. The country’s gender gap in labour force participation has declined during the pandemic. Meanwhile, Canada has vowed to present a national child-care plan in the 2021 budget.

More work needs to be done. According to Simeon Djankov, a senior fellow at the Peterson Institute, governments need to finance a further expansion of child care or working mothers will continue to be forced to abandon their jobs and stay at home. This would only deepen gender inequality and slow an economic recovery. It is much harder to re-enter the labour force once you are out.

What’s more, some jobs (think high street retail) may never come back after the pandemic. So a recovery will depend on workers being able to retrain for other industries such as technology. Women especially will need the time and support to take this on. The livelihood of the next generation is at stake.

Obliged to stay at home or move for their husband’s career before, the shift to work-from-anywhere could change Indian women’s lot forever
World
10 months ago

Vaccine concerns rise among US women

Women bear brunt of job losses on the high street

Vaccine concerns rise among US women

Women bear brunt of job losses on the high street