Obliged to stay at home or move for their husband’s career before, the shift to work-from-anywhere could change Indian women’s lot forever 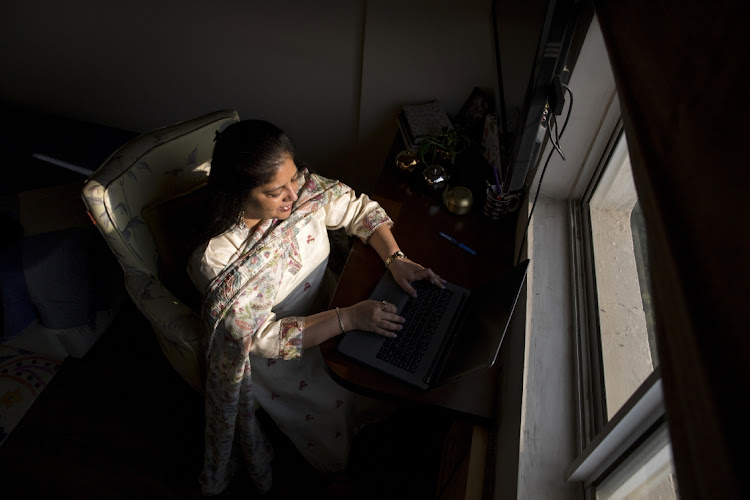 Bengaluru — The coronavirus pandemic has hit women worldwide with job losses and closures of childcare centres. Yet a surprising bright spot is emerging: India’s $200bn tech services industry, where new rules are expected to provide female workers with a broad swathe of flexible work arrangements and fresh employment opportunities.

On the outskirts of New Delhi, Teena Likhari quit her job running operations for the Indian back office of a Silicon Valley company in 2018 because of a family medical emergency. Looking to rejoin this year, she expected a market stunted by lockdowns. Instead, the pandemic had made work-from-home mainstream in her industry, which had long shunned the practice.

Not only did the operations manager quickly land a job with Indian outsourcer WNS Global Services, but working from her home in the city of Gurgaon, she began overseeing a 100-member team in the city of Pune about 1,440km away.

Likhari is one of the early beneficiaries of India’s decision to lift decades-old restrictions on remote work in back-office firms because of the pandemic. The tech services industry — one of the country’s most important financially — can now allow employees to shift from traditional offices to work-from-anywhere arrangements, permanently if needed. Indian women, who have often had to sacrifice for their husbands’ careers or other commitments at home, have much to gain from the policy change.

“Even a year ago, an operations leader working remotely would’ve been unimaginable,” said Likhari, who has seen scores of women quit work after childbirth, marriage or when a family member fell ill. “The change will allow so many career women like me to do what we do from home, it’s a game changer.”

India’s large numbers of English-speaking graduates and cheaper costs relative to the West have spawned a sprawling industry that’s often called the world’s back office because of its global reach. The broad outsourcing sector, which includes tech services in addition to business processes, employs about 4.5-million people. Foreign banks from Deutsche Bank to Barclays run wholly owned centres handling everything from global payrolls to technology infrastructure maintenance for themselves and customers.

Local outsourcers Tata Consultancy Services and WNS offer everything from data analytics to support on financial and accounting processes to international clients.

The pandemic has changed workplaces globally but the new norms are particularly significant in India. Social conventions that required women to move to their husband’s locations or stay with family in small towns, or simply be available inside the home to care for elders and children have shut out millions of qualified female workers. Greater flexibility and the opportunity to work from anywhere will give them choices they’ve never had before.

Also, India’s old rules — originally designed to prevent misuse of leased telecom lines — had prevented permanent work from home arrangements in back offices, but the pandemic pushed the government to remove decades-old reporting obligations, such as those requiring companies to provide office network diagrams to get international communication circuit allocations. The changes opened the door for people to work from home on a long-term basis.

A huge segment of working women in India, particularly the less privileged, have faced many of the same problems that have beset their global counterparts during the pandemic as they’ve had to juggle childcare, online schooling and office work from home, forcing some to drop out. Millions of female rural workers and daily wage earners lost jobs because they can’t work from home. Yet, the changes in the tech services industry show just how deeply the pandemic is forcing Indian companies to re-imagine workplaces.

Companies such as WNS, which caters to the likes of Virgin Atlantic Airways, Tesco and Avon Products, are envisaging a hybrid office and home model, satellite offices in small cities and a blend of full-time employees and gig workers. “We’ll see work going to people rather than people going to work,” said Keshav Murugesh, group CEO of WNS which employs 43,000 workers globally, nearly 30,000 of them in India. “With flexible hours or selected work days, over 100-million Indian women with secondary degrees, could potentially find employment.”

Mumbai-headquartered Tata Consultancy, closing in on half a million workers, has already committed to a “25-by-25” strategy — by 2025, only 25% of its workforce will be working inside an office at any one time.

“Given time and location flexibility, less women will quit after having children,” said NG Subramaniam, COO of Tata Consultancy, Asia’s largest outsourcer with $22bn in annual revenue. “More women will stay in the workforce, more will reach senior leadership levels.”

A third of India’s tech services labour force is comprised of women, already a better gender ratio than most other industries in the country, industry trade association Nasscom says. Work-from-home opportunities in back offices may now offer more opportunities to qualified women in small towns who aren’t allowed to migrate to bigger cities for work.

Most of the back-office outsourcing centres are located in sprawling campuses within big cities like Bangaluru or New Delhi. Barclays, for instance, has over 20,000 workers providing technology solutions globally and UBS Group has 6,000 employees, about a third of them in Mumbai alone. Deutsche Bank employs 11,500, nearly half of whom are in the neighbouring city of Pune. Most of these workers have been operating from home during the pandemic. India had one of the world’s strictest lockdowns this year.

“There is so much talent in smaller cities that has been untapped so far,” said Madhavi Lall, head of HR at Deutsche Bank India. “Flexible work arrangements would certainly bring that talent to the fore, especially women who find it difficult to migrate or shift their base.”

The pandemic has pushed discussions on future work models and strategies, especially with regard to arrangements such as staggering employee shifts, rotating days or weeks of in-office presence, Lall said. And that along with the change in India’s government rules will enable more women to join the workforce.

While India is evolving, cultural norms need to progress further, said Debjani Ghosh, president of Nasscom. Added flexibility could certainly improve women’s participation in the workforce. But it could also increase pressure to simultaneously deliver on the home front.

“If work-from-anywhere has to succeed,’ Ghosh said, “the mindset that women have to work as well as single-handedly manage the home has to change.”

Migrant workers in India are hungry, helpless and ignored

As Covid-19 has shut the country down, its millions of migrant workers aren’t even eligible for a handout to buy much-needed food
World
1 year ago

What gives this CEO special insight into gender equality?

Caroline Farberger knows how men talk to each other, knows that it’s men who head up business units with women put in HR and communication, and she ...
World
6 months ago
Next Article

Equality between men and women in the EU? Maybe in 60 years

Equality between men and women in the EU? Maybe in 60 years