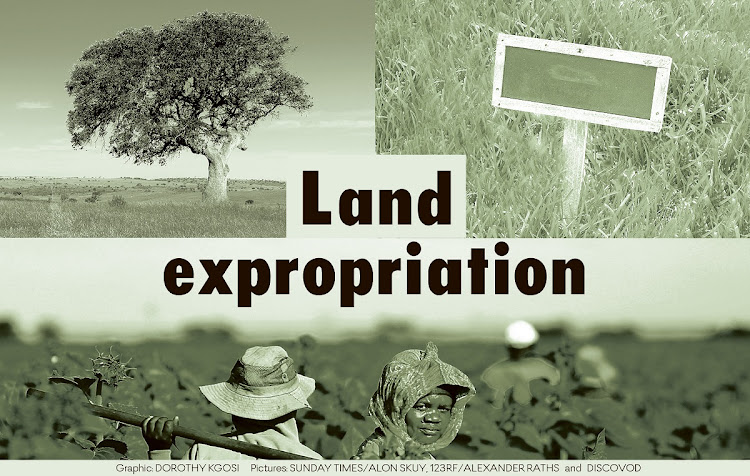 The current Expropriation Act of 1975 contradicts the constitution and needs to be changed. However, the government’s proposed Expropriation Bill, which was gazetted earlier this month, is as unconstitutional as the law it is intended to replace.

What is to be done? The answer lies in developing an alternative bill, which the Institute of Race Relations (IRR) has done. Three core improvements must be included in this far better measure.

First, a municipality or any other organ of state wanting to expropriate land or other property must, in the event of a dispute, obtain a high court order confirming the constitutional validity of a proposed expropriation before it proceeds to take possession of it.

By contrast, the bill allows a municipality — once it has completed simple preliminary steps — to expropriate property by the expedient of serving a notice of expropriation on the owner. Under this notice both ownership and possession of the property automatically pass to the municipality on the specified dates, which could be soon. (The only time limit in the bill is that ownership cannot pass before the notice of expropriation has been served.)

In effect, the municipality will be allowed to act as judge and jury in its own cause. Its real objective may be to help replenish its depleted coffers, but it will nevertheless have the power to decide that the expropriation is “in the public interest” and that a paltry amount of compensation is “just and equitable”.

An owner with sufficiently deep pockets will be able to seek a court order setting aside the expropriation or increasing the compensation to a more appropriate amount. But most owners will lack the means to go to court, and will find it difficult to do so if they have already lost ownership and possession of their assets.

If the constitution is to be meaningful in protecting the property rights of all South Africans, the onus must lie on the municipality to prove that all relevant constitutional requirements for a valid expropriation are met. The municipality must also discharge this onus — and obtain a court order confirming that it has done so — before it issues a notice of expropriation.

In addition, where an intended expropriation will result in a person’s eviction from his or her home, the prior court order must authorise this eviction, as required by section 26(3) of the constitution.

The current Expropriation Act allows damages for direct losses, and there is no sound reason for the bill’s exclusion of this provision. The constitution states that all relevant circumstances must be taken into account in deciding compensation, including the five it lists. Hence, non-listed factors must also be considered in striking the “equitable balance between the public interest and the interests of those affected” that section 25 requires.

Expropriation is a drastic measure that places an inordinately heavy burden of redress for past societal wrongs on the shoulders of particular individuals. If justice is to be done to those affected, the full extent of their consequential losses must be taken into account, not disregarded.

Including damages for direct losses is particularly important for tenants and other holders of unregistered rights. These holders are now to have the same rights to compensation as registered owners, as public works & infrastructure minister Patricia de Lille has stressed in applauding the bill.

Under the bill, tenants will be able to claim compensation for the expropriation of a lease based on its market value and the usual four discount factors. But what is the “market value” of a lease to a residential flat or business premises? Market value will be difficult to quantify and is unlikely to be high. It could also be reduced by the discount factors.

Yet tenants are likely to suffer direct losses from such expropriations. Among other things, they will have to find alternative premises, perhaps at a higher rental, and pay the costs of moving there. If they have been leasing business premises they will be unable to earn an income until they find new premises and can start afresh. If the new premises are not as convenient to customers, they may lose much of the existing clientele.

However, no compensation will be available for losses of this sort because they do not fit the formula in the bill. This is neither just nor equitable. The IRR’s alternative bill remedies this shortcoming. It does so not only for unregistered rights holders but also for all expropriated owners, who are likely to suffer much the same direct losses and deserve compensation too.

It is neither just nor equitable for people who have already been deprived of ownership and possession of their property to be left dependent on a (cash-strapped and inept) municipality to make payment long after the event. This is particularly so when government delays in making payments are notorious, and even the small black enterprises it is trying to promote have often been driven into bankruptcy by state failures to pay due debts.

The IRR’s alternative proposal has other important clauses too, which the bill omits. To overcome the heavy damage from the Covid-19 lockdown, SA must urgently attract far more direct investment, push up the growth rate and generate millions of sustainable jobs.

The first step in moving forward is to jettison the government’s unconstitutional bill and adopt the IRR’s far better proposals.

How will the government find and allocate 700,000ha of land to black farmers?
Opinion
8 months ago

After the oppressive years, should the law treat everyone the same? Can this yield a socially just society?
Opinion
10 months ago
Next Article