BONANG MOHALE: Trust in SA can begin with sending state-capture miscreants to prison

We are in the midst of the period of lowest confidence, trust and hope since World War 2 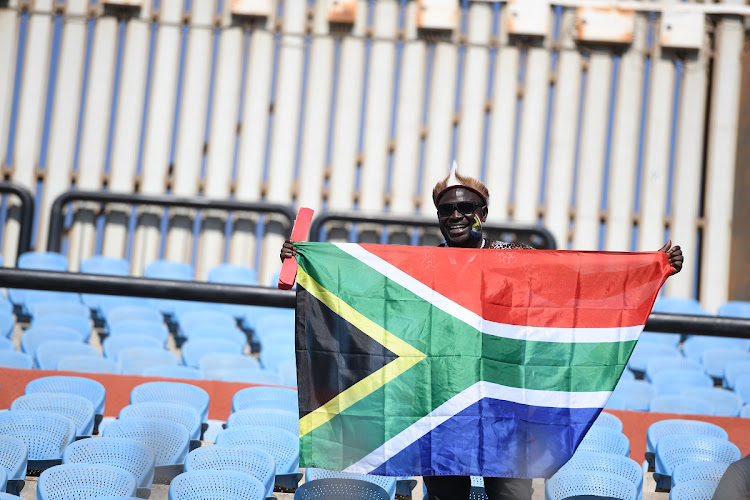 “True leadership demands complete subjugation of self, absolute honesty, integrity and uprightness of character and fearlessness and above all, a consuming love of one’s people,” said Mangaliso Robert Sobukwe in a speech of the Completats’ Social, at Fort Hare University in 1948.

There are at least two laws that are explicit: if you are a government employee, it is illegal to do business with the state. Public service and administration minister Senzo Mchunu reiterated this in the notice to provinces and municipalities on the June 30, saying it is a contravention of section 8 of the Provincial Administration Management Act to do business with the state when you are a public servant.

The Financial Intelligence Centre Act calls for extreme due diligence to be applied to politically exposed persons and their first-degree relatives. What makes the current spate of corruption even more revolting is that upon the announcement of the R500bn social and economic stimulus package, South Africans strongly warned the government that most of this yet-to-be-borrowed money would — not might — be stolen.

Business has been quite firm that prevention is much better than cure when it comes to looting. The Nelson Mandela Foundation has been advocating for a social contract by and with the people. Such a social contract must be mounted on the principles of integrity and ethical conduct. The Council for the Advancement of the SA constitution has for some time called for the establishment of a dedicated independent anti-corruption entity with teeth. The Foundation for Human Rights has called for accountability and visible consequences for corrupt acts, for without that we have unbridled impunity. In April the SA Council of Churches warned about this and called for specific Covid-19 corruption-busting measures.

In May the Ahmed Kathrada Foundation and several civil society organisations made practical recommendations to monitor how the R500bn was going to be spent by government. These included transparency and the effective use of the online portal of the e-tender system and involvement of trustworthy people outside government to help monitor the use of funds and resources. After the passing of Rivonia trialist Andrew Mlangeni, the Tutu Legacy Foundation highlighted that he “continued to speak out against corruption, for morality and fairness within his beloved ANC and in government”.

This in the wake of the closest working relationship among all the social partners as a show of force in the wake of the pandemic. The immediate consequence is that we are now in the midst of the period of lowest confidence, trust and hope since the second world war. Surely, there is no economy that can survive the catastrophes — at least eight — that have been meted out in quick succession and over such a short period. The nine wasted years of state capture, a technical recession, Moody’s downgrade, Covid-19, 12 years of Eskom’s rolling blackouts, VBS Mutual Bank Bank looting, intermittent water supply and now this daylight pillage.

The government’s August 9 clarification of the role of the ministerial team established by the cabinet at its meeting of August 5 is to be welcomed. That “the task of the ministerial committee is to compile and publish details of all Covid-19-related contracts awarded by all state entities. The ministerial team does not have a responsibility to investigate Covid-19-related contracts. This remains the task of the relevant law enforcement agencies.”

The Treasury’s August 5 measures to prevent corruption were swift and precise and sought to provide preventative measures as a result of Covid-19 emergencies and the need to be responsive and flexible, while ensuring value for money and minimising the risk of fraud, corruption, negligence, error and incapacity. We also applaud that two Gauteng ANC mayors have been asked to step down due to their alleged role in the VBS Mutual Bank feeding frenzy. But it is not particularly useful that the same ANC decided to reinstate two other “deployees” who have been directly implicated in the same VBS Mutual Bank scandal.

What we need now, more than anything, is to restore confidence, extend trust and give hope by all working together to urgently send some state capture miscreants to prison. We need to continue to protect whistle-blowers and honest public servants who report corruption, and name and shame the corrupt. The Solidarity Fund has set an example of absolute transparency by publishing all Covid-19 awarded contracts, and government should go even further to also recoup all funds lost through irregular and corrupt Covid-19 contracts.

Those who lead and represent us must be held to the highest possible ethical standards, grounded in principles and wholesome intent, and not just the much lower prescripts of the law. James E Faust reminds us that “honesty is more than not lying. It is truth telling, truth speaking, truth living and truth loving.”

The vulnerability that honesty requires is not something that everybody can handle. Lying allows people to be comfortable. Leadership is knowing when the time is to speak out. Indeed, by definition, speaking out is leadership. Charles Swindoll accentuated this when he opined: “Honesty has a beautiful and refreshing simplicity about it. No ulterior motivates. No hidden meanings. An absence of hypocrisy, duplicity, political games and verbal superficiality. As honesty and real integrity characterise our lives, there will be no need to manipulate others.”

History has consistently taught us that we can be legally correct and yet so morally wrong. Ayn Rand wrote the following in 1957: “When you see that trading is done, not by consent but by compulsion. When you see that in order to produce, you need to obtain permission from men who produce nothing. When you see that money is flowing to those who deal, not in goods but in favours. When you see that men get richer by graft and by pull than by work and your laws do not protect you against them but protect them against you. When you see corruption being rewarded and honesty becoming a self-sacrifice, you may know that your society is doomed.”

• Mohale, a past president of the Black Management Forum, is chancellor of the University of the Free State  and chair of The Bidvest Group.

BONANG MOHALE: Economic growth should be the zeitgeist of Ramaphosa’s Sona

Revitalising SA’s economy is essential, and it needs to be done quickly, writes Bonang Mohale, despite the current inauspicious circumstances
Opinion
1 year ago

BONANG MOHALE: Political manifestos will only be realised if business is included

BONANG MOHALE: SA’s youth want to be part of the solution, not sidelined

A recent conference saw a vast number of businesses and organisations discussing work opportunities for young people — with young people, writes ...
Opinion
2 years ago
Next Article

TOM EATON: Hyenas are natural and necessary, not a name for the predatory elite

TOM EATON: Hyenas are natural and necessary, not a name for the predatory elite