How can the ANC assure the IMF the emergency financial support it awarded SA will be spent effectively to mitigate the coronavirus pandemic when money is apparently being misused all over the place? 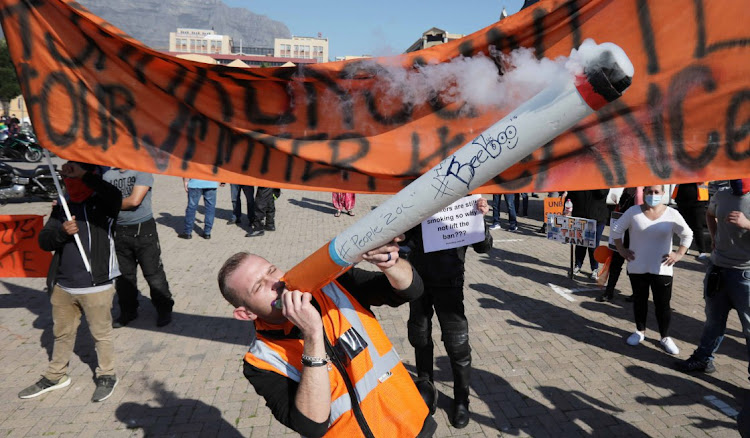 Smokers and bikers gather on the Cape Town parade to protest against the government's ban on cigarette sales. Picture: ESA ALEXANDER/SUNDAY TIMES

It’s a national shame that the send-off for struggle veteran Andrew Mlangeni will be remembered not because of his many good deeds but rather because it showed that the ANC operates at a level not available to everyone else.

It was a disaster: ANC top brass mingled with their friends without a care for the regulations stipulating a maximum of 50 people at a funeral or social distancing rules, while soldiers merrily puffed on cigarettes and passed them around. Who knows where they got the cigarettes.

It was a crystal clear illustration that the governing party just keeps on giving us reasons why not a word they say can be trusted. And the impunity of it: you would think the knowledge that the country’s eyes were upon them would make them at least want to appear to be doing the right thing.

Not so, it seems. 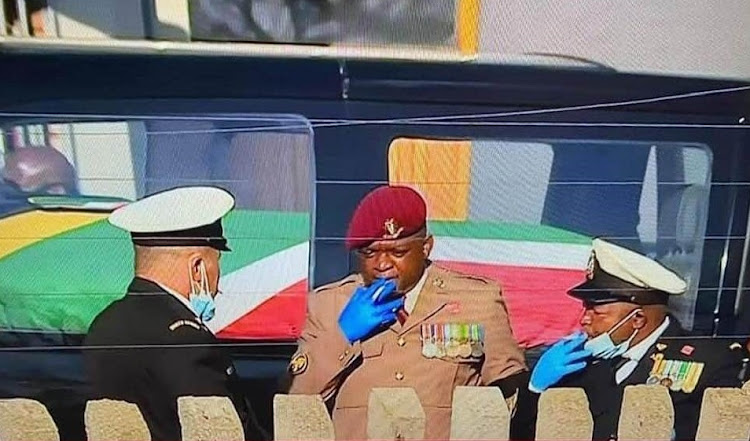 However, what makes the ANC’s behaviour so especially worrying is that it came in the same week as the International Monetary Fund (IMF) approved SA’s request for $4,3bn in emergency financial support to alleviate the impact of Covid-19 on the country.

If you’re looking to reassure the global financial community that you’re a responsible government that does what it says, the images of the ANC’s top officials nonchalantly breaking all the rules of their own lockdown were not impressive.

Now, as any financial planner will tell you, if you can’t manage R10 properly chances are you won’t able to take care of R100.

So it’s small wonder that the IMF loan – which many other countries have also taken – got people all riled up on social media.

As Intellidex chair Stuart Theobald pointed out, however, it was a no-brainer to take the money. “The IMF loan is a small part of the R777bn that will be raised in debt this year. And it is cheaper (even after the currency hedge). The commitments the National Treasury has made are the same as made to all other lenders,” he said.

Commitments are one thing, of course; whether the country will meet them is another.

The problem is, it’s clear the government doesn’t really have full control of all the coronavirus funding that’s splashing around.

Last week, for example, we learnt that Gauteng health MEC Bandile Masuku is being investigated for his role in awarding a R125m tender for personal protective equipment (PPE). More embarrassingly for President Cyril Ramaphosa is that the tender was awarded to the husband of his spokesperson, Khusela Diko.

It was Ramaphosa himself who just a few days ago said he’d directed the Special Investigation Unit to investigate suspect deals for PPEs worth R2.2bn.

The problem for the government is that however good their intentions may be, how can they assure the IMF the stimulus package is being used effectively to mitigate the pandemic when money is apparently being misused all over the place? How will they account for the IMF loan?

A struggle to keep promises

Dondo Mogajane, director-general in the National Treasury, assured the country that SA will be able to live up to its commitments. “[SA’s] capacity to repay the [loan] is adequate. We intend to meet our financial obligations to the IMF on a timely basis,” he told Fin24.

I’m sure we’ll do just that, and pay back the money – why bite the hand that will be feeding us, after all?

Still, it’s the conditions attached to this loan that may present more difficulty.

First, the government has agreed to urgently implement the reforms laid out in finance minister Tito Mboweni’s supplementary budget last month. This is a big ask, considering the state doesn’t exactly have an impressive record when it comes to keeping promises it has made.

Why would this time be any different?

If those soldiers smoking at Mlangeni’s funeral showed us anything, it’s that the imperative to practise what you preach just isn’t in the government’s priority list. And that whatever help comes our way, those at the top must eat first.

The ban on tobacco sales in SA is working out well for cigarette smugglers in Zimbabwe. A box of 50 cartons can net a profit of R4,000 in Musina — ...
Features
9 months ago

Worldwide, and in SA, there have been allegations of links between the industry and those in power
Opinion
9 months ago

Historically, the majority of illicit cigarettes in SA came from Zimbabwe, but in recent years this has changed, with a large portion of the illicit ...
Opinion
9 months ago
Next Article

TOM EATON: What malevolent evil lurks behind the government’s edicts?

SHIRLEY DE VILLIERS: Rather than letting the clowns run this circus, how about ...

TOM EATON: What malevolent evil lurks behind the government’s edicts?

SHIRLEY DE VILLIERS: Rather than letting the clowns run this circus, how about ...