‘In the SABC no one was better than me … It's an insult to say I'm not educated,’ the axed SABC COO said 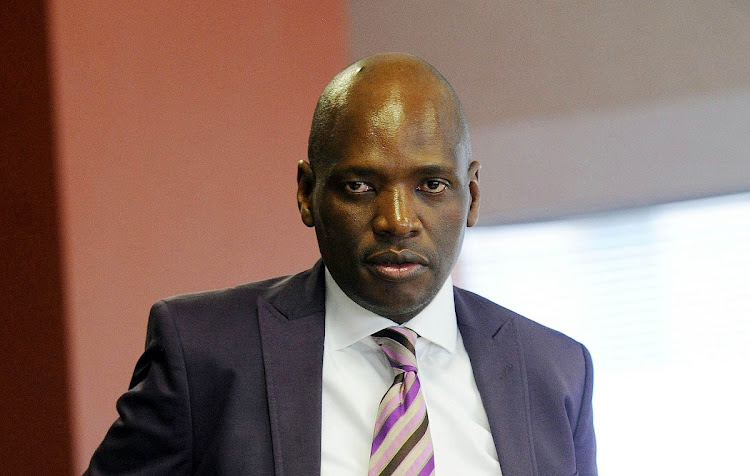 Former SABC COO Hlaudi Motsoeneng, who has been blamed in part for the collapse of the broadcaster, has lashed out at his detractors, saying despite not having a matric certificate, he was the "main man" at the organisation and that he was, in his own view, very educated.

He also questioned former public protector Thuli Madonsela's mental faculties, saying he was baffled by what was “happening in her mind” when she found against him in one of her reports.

Motsoeneng was giving evidence at the state capture commission, chaired by deputy chief justice Raymond Zondo, in Johannesburg on Tuesday.

His testimony follows that of some of the SABC8, who were fired for speaking out against censorship at the broadcaster under Motsoeneng. The labour court eventually overturned their dismissals.

At the inquiry, Krivani Pillay and Foeta Krige accused Motsoeneng, a key ally of former president Jacob Zuma, of interfering in the functioning of the SABC newsroom for political interests, ruling the broadcaster by decree, protecting Zuma and the governing ANC from criticism, and ruthlessly dealing with those who stood in his way.

On Tuesday, an animated Motsoeneng told the commission how he was headhunted in 1989 to become a freelance journalist for the SABC and was later approached by official Alwyn Klopper to become a permanent employee in March 1995.

"I declared from the onset to Alwyn that I don't have matric. He said: ‘But you are talented, I have seen your talent when you were freelancing’.”

Motsoeneng said that the day after he received a letter from the SABC employing him permanently, he went to human resources clerk Marie Swanepoel, who asked him to fill out a form.

“I said to her I wrote matric but I didn't pass. She wrote ‘outstanding’. In my view outstanding meant I didn't have matric,” he said, taking issue with the way the media and people had been “tarnishing my name about not having a matric”.

He explained that the SABC management knew that he didn't have a matric certificate and that this was a well-known fact.

“It is an insult for people to say I have lied about [having a] matric. It's a very serious issue to me, chairperson, it doesn't go well with me when the media and others portray me as a liar, including the [former] public protector,” Motsoeneng charged.

In her 2014 report titled “When Governance and Ethics Fail”, Madonsela found that Motsoeneng had lied about having a matric certificate and flouted SABC regulations by increasing his salary to R2.4m from R1.5m — all within 12 months. She also found that Motsoeneng purged the SABC's senior staff, among other irregularities he presided over, during his controversy-ridden tenure at the public broadcaster.

Motsoeneng trained his guns at Madonsela, saying on Tuesday: “I don't know what was happening in her mind, with due respect, chairperson. She pushed, she said to me: Hlaudi, looking back, do you think you were supposed to write Standard 10?' I never lied chairperson, God knows. I never lied.”

Motsoeneng, who was criticised for his controversial decision to introduce a 90% local music content quota across SABC radio stations, described himself as a visionary with a plan, who won many awards inside and outside the SABC, and had even delivered leadership lectures at Wits Business School (WBS), which he said were now part of its syllabus.

“In my view, chairperson, I'm very educated. If you check the SABC minutes — 70% of [the] board’s [decisions were influenced by me]. I'm the main man who influenced decisions of the SABC,” he said.

WBS tweeted on Tuesday afternoon that Motsoeneng was invited to take part in a breakfast panel discussion December 6 2013.

“A guest speaker does not make an academic. At no stage has Mr Motsoeneng lectured at WBS, nor has any material authored by him formed part of the curriculum of any of our programmes.”

Motsoeneng was found guilty of bringing the SABC into disrepute for comments he made at a media briefing. He was subsequently fired from the broadcaster in 2017.

He is now president of the African Content Movement, which received 4,841 votes or 0.03% in the May 8 general election.

SABC broadcasts wrong address to the nation by Cyril Ramaphosa

Madoda Mxakwe tells the state-capture inquiry the SABC is technically insolvent, overburdened by staff salaries, and drowning in irregular expenditure
National
2 years ago

Howa, former CEO of the Guptas' Oakbay, boasted about a ‘very sweet deal for archives’ that the Guptas had clinched with the SABC
National
3 years ago

'We are here to declare that the elections are not free and fair,' say smaller parties protesting outside the IEC's national results centre
National
3 years ago

Ramaphosa thrashes out problems with leaders of SOEs

SABC records another loss in its battle to stay afloat

SABC records another loss in its battle to stay afloat