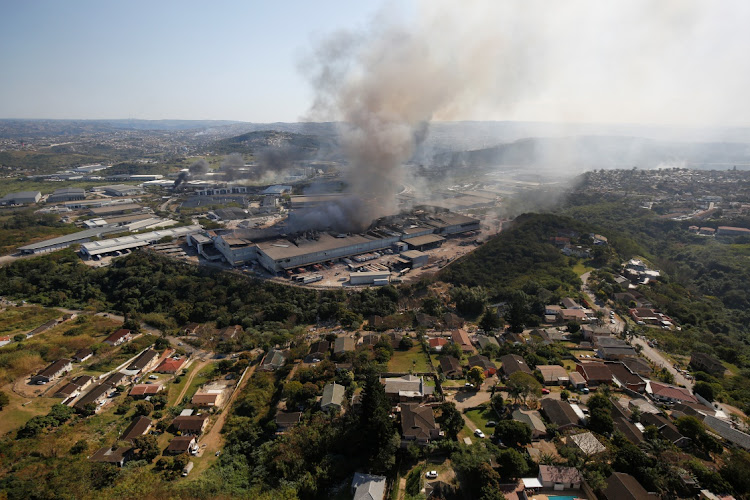 Former president Jacob Zuma’s staunch ally and former spy boss Thulani Dlomo handed himself over at the Durban Central police station on Friday, according to an SABC report.

It is said he took the decision to hand himself over after allegations that he was one of 12 instigators linked to the violence and looting around the country.

He reportedly went to the police to find out why he was fingered in the incidents of violence.

It is not yet clear whether a warrant for his arrest has been issued.

The police were not immediately available to comment on the matter.

Earlier on Friday, TimesLIVE reported that Dlomo challenged deputy state security minister Zizi Kodwa to prove he is one of 12 alleged instigators behind the unrest in KwaZulu-Natal and Gauteng.

Dlomo emerged on Friday after media reports suggested that he was one of the individuals sought by law enforcement agencies in connection with the riots and looting.

Dlomo, who has been out of the public eye for several years, issued a statement denying any involvement in the widespread chaos.

Dlomo is also demanding an apology from News24 and Daily Maverick for allegedly publishing “information without any evidence and which is a blatant lie thus putting my family and myself at risk”.

Responding on Friday, Kodwa told TimesLIVE: “I never said he is an instigator, I only said there are claims that former SSA members were behind this, we do not take them lightly. I never at any point gave names. I am not sure why he thinks he can make such a statement.”

On Thursday acting minister in the presidency Khumbudzo Ntshavheni said one person was in police custody and law enforcement was tracing 11 others who may have been behind the destabilisation of the state.

President Cyril Ramaphosa won the fight for the ANC when he was elected by a narrow margin at the Nasrec conference in 2017. But has he won the war?
Features
2 weeks ago

Rather than arresting criminals for the looting, and reassuring business owners that they’ll be protected, our political leaders are prevaricating, ...
Opinion
2 weeks ago

The security forces, caught with their pants down, have failed in their responsibility to protect
Opinion
2 weeks ago

Deputy state security minister Zizi Kodwa says the agency is implementing the recommendations of a review panel to enhance accountability and ...
National
2 months ago
Next Article