The parties are challenging aspects of the Disaster Management Act, bringing the government’s entire lockdown under legal scrutiny 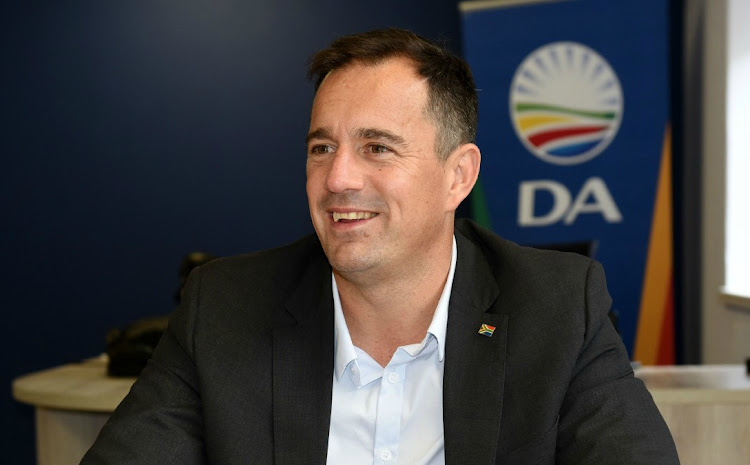 The DA and the Freedom Front Plus (FF+) are approaching the courts to challenge the constitutionality of legislation allowing the creation of government's key coronavirus decision-making body , bringing the entire lockdown under legal scrutiny.

The National Command Council (NCC) is responsible for the strategy and regulations related to SA’s fight against the Covid-19 pandemic, and the parties’  criticism is that the lack of oversight or accountability of the body challenges the principles of democracy. If the challenges to the Disaster Management Act are successful, the national state of disaster declared by the government, and the attendant regulations, could be declared unconstitutional.

The DA will also legally challenge the rationality of other regulations, such as the night curfew and the restriction on exercise hours.

The party has already instructed its lawyers to challenge the alleged discriminatory use of the Covid-19 emergency relief fund and has petitioned the International Monetary Fund to make any funds obtained from them by the SA government conditional on their non-racial use, or any other arbitrary criteria.

DA interim leader John Steenhuisen — who is strongly opposed to the continuation of the hard lockdown and was disappointed by President Cyril Ramaphosa’s failure during Wednesday’s address to the nation to announce the opening up of the economy — said in a statement that the party’s lawyers will file papers on Friday challenging the constitutionality of an aspect of the Disaster Management Act related to the decision-making powers of the NCC.

“Unless the act meets constitutional muster, the decisions taken by the NCC under this act are not valid. We will be asking the court to apply the same oversight provisions to the state of disaster as to a state of emergency, because without this oversight, petty authoritarians hopped up on power, are allowed to run amok.”

He believes that the NCC is able to take “irrational” decisions because it is acting without any checks and balances. There was no parliamentary oversight, which means the executive wrote the laws without any debate.

“This is an extremely important case, because it speaks to one of the most crucial principles in our democracy — the separation of powers. We have to fight this, because from here our democracy finds itself on a very slippery slope.”

The “dictatorial madness” of the NCC had resulted in a spate of irrational regulations, which have nothing to do with fighting the coronavirus.

Steenhuisen has appealed for public contributions to its legal challenge.

FF+ leader Pieter Groenewald said his party will urgently apply to the high court to challenge the validity of the Disaster Management Act and request that the court find that the government is abusing it.

He said in a statement that if the court reaches this decision, it would mean the announced state of disaster and the associated regulations are unconstitutional.

Groenewald believes the lockdown has served its purpose and there is no reason to delay opening up the economy.

The FF+ will request that the court rules that all business enterprises be allowed to become fully operational and trade, on condition that they have the relevant health and safety measures in place to curb the spread of the virus.

“It has become evident that the government is abusing its powers by invoking the Disaster Management Act instead of the State of Emergency Act, seeing that a state of emergency may only be implemented for three weeks and all regulations require parliament’s approval and oversight, which entails the involvement of all represented political parties,” he said

“The government’s abuse of power must not be tolerated.”

Powerhouse cities may stay locked down