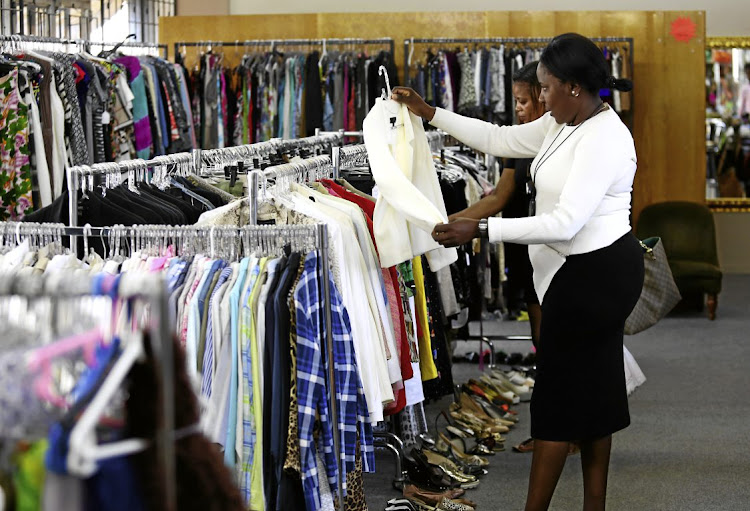 The DA has called on President Cyril Ramaphosa to fire trade & industry minister Ebrahim Patel after he gazetted controversial regulations determining what clothes people can buy or how they can wear them in some instances during level 4 of the Covid-19 lockdown.

“The DA is stunned by the bizarre and extraordinary clothing list that has been gazetted,” DA MP and trade and industry spokesperson Dean Macpherson said on Wednesday.​​​

“It seems to have been plucked from Alice in Wonderland.”

However, Patel justified the regulations, saying in a statement that they were requested by industry stakeholders who called for a list of clothing and related products that could be made available for sale in retail stores.

“Restarting more parts of our economy is important and we are working hard to ensure that industry follows best practice to protect the health and safety of all our citizens,” Patel said.

He said the discussions with industry builds on the greater co-operation arose from the master plan for the retail-clothing, textile and footwear industry.

“I call on consumers to look for SA-made products, made proudly by local workers, so that we can rebuild the economy. The manufacturing and retail sector has been through a very difficult time and the resumption of clothing sales under Level 4 of the new risk-adjusted approach, will assist to provide greater levels of production and commerce in the sector,” the minister said.

Macpherson said Patel is running amok without any restraint from Ramaphosa.

“He has been allowed to pick winners and losers in the economy, to determine what is ‘fair’ and now has gone to the extreme to determine what clothes people can buy and how they should wear them. The president should now step up to the plate and sack Patel without delay.”

In the controversial regulations published on Tuesday evening, Patel who has clashed with several groups over some of the lockdown rules such as those limiting e-commerce, stated that the new directions provide guidance on the type of clothing, footwear and bedding that may be sold by retailers during Level 4 of the lockdown.

Under the rules, all children’s clothing can be sold, maternity wear, adult underwear, socks, boots, closed-toe heels, long-sleeved tops and T-shirts, among others. The regulations further allow short-sleeved knit tops, where promoted and displayed as worn under cardigans and knitwear; short-sleeved T-shirts, where promoted and displayed as undergarments for warmth; leggings; crop bottoms worn with boots and leggings.

Macpherson said the new clothing regulations are “frankly mad and seem more at place during the 1980s under the Soviet Union than they do in a democracy like SA”.

“There is simply no justification for the minister to be determining what clothes people can buy, and worse, how they should wear them. To put it bluntly, minister Patel has become the laughing stock of SA with these regulations,” he said.

Macpherson further described the regulations as nothing other than the “continued paternal obsession by Minister Patel and the ANC to dictate to South Africans what they can and cannot do”.

“It is reminiscent of how people were forced to live during the existence of East Germany. It may be acceptable in a communist state but not in a free country like ours.

“The DA believes that people should be able to buy whatever they want, as long as it is done in a safe way with health protocols. There is no rationale for a clothing list.”

But major clothing retailers welcomed the clothing list. The National Clothing Retail Federation (NCRF), whose members include TFG, Mr Price, Truworths, Pick n Pay clothing and Queenspark, called on the clothing retail sector to take advantage of the opportunity to be trading in essential goods.

Anthony Thunstrom, CEO of TFG and chair of NCRF, said the federation participated in a robust engagement with government and stakeholders to construct the list of essential consumer items for winter clothing and textile items.

“The leadership of Minister Patel has been appreciated throughout the consultations,” Thunstrom said.

The Apparel and Textiles Association of SA (Atasa) also welcomed the new list.

“The announcement will now ensure a form of social and economic recovery by many distressed companies in the sector,” it said in a statement.

“We applaud the minister and his department for their courageous leadership at this unprecedented time.”

Ramaphosa, Gordhan and Patel have a vision for a new SA – but a wasteland awaits them if they do not get more economic activity safely going
Opinion
2 years ago
Next Article

PETER ATTARD MONTALTO: Paternalistic state wants everyone to zip it while it ...

PETER ATTARD MONTALTO: Paternalistic state wants everyone to zip it while it ...