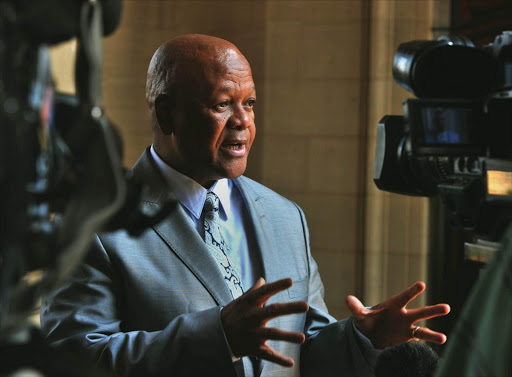 Radebe was, for the first time since the advent of democracy, left out of the national executive when President Cyril Ramaphosa announced his team recently‚ bringing Radebe's long service to an end.

Radebe was first appointed minister of public works by President Nelson Mandela in 1994 before President Thabo Mbeki moved him to public enterprises the following term, and shifted him to transport between 2004 and 2009.

In 2009, former president Jacob Zuma appointed Radebe justice and constitutional development minister before moving him to the presidency. He last served as energy minister.

Cwele has served as minister of intelligence, with his last stint in the national executive being home affairs minister, but he also failed to make the cut in the recently appointed cabinet.

It is not immediately clear where the two are headed next.

Nomaindia Mfeketo has amicably tendered her resignation with immediate effect, saying that she is looking forward to ‘claiming back my life’
National
2 years ago

Former cabinet ministers who resign from parliament for financial reasons after not being reappointed would be better advised to stay on and earn MPs ...
National
2 years ago