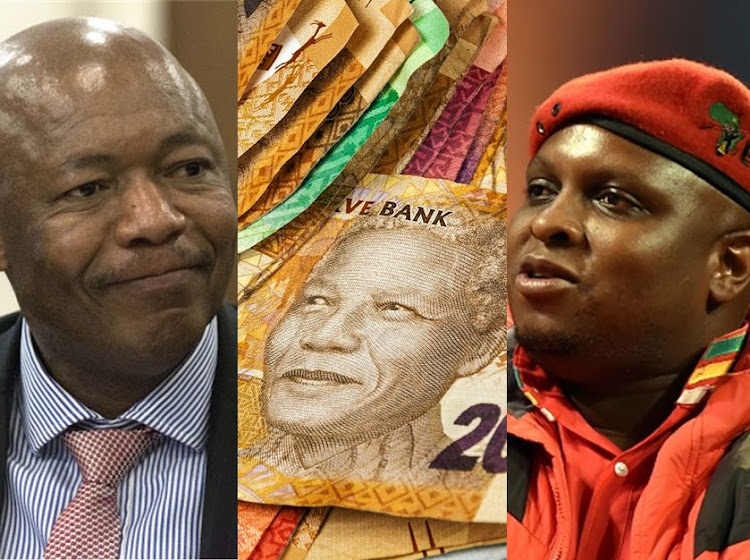 When the story of the report on how VBS was looted broke, Business Day's Warren Thompson provided a summary of the shocking evidence it contained.

Here is an extract from his article:

The findings, published in a 148-page report entitled “VBS Mutual Bank — The Great Bank Heist”, were released on Wednesday morning and make a number of explosive findings, including:

The story reported that Public Investment Corporation (PIC) CEO Dan Matjila said he regarded the allegations as “malicious” and "without merit".

You can read the full article for free here:

Among the startling findings was that Brian Shivambu, EFF leader Floyd Shivambu's brother, personally and through entities in his control, received money from VBS.

“We have not interviewed him, or seen him. He was one of many names that received money without any apparent cause,”  advocate Terry Motau, who compiled the report, said.

Business Day reported that the EFF would not comment on the Shivambu connection.

This from the article:

Business Day put direct questions to Floyd Shivambu, asking whether he personally benefited, and whether the party did too. He did not respond to our phone calls, WhatsApps, text messages and e-mails.

The party's chair, Dali Mpofu, however, took aim on Thursday morning at the alleged link, quoting the biblical verse: "Am I my brother's keeper?"

He also said that with this new "mob justice system", those with family members who killed people during their time in the apartheid-era defence force would hang for their relatives' crimes. He later tweeted that his daughter would be punished at school for her brother not doing his homework.

Commenting on the two big news events of the week — the VBS report and the appointment of Tito Mboweni as finance minister — Peter Bruce said in his column:

The R16.1m VBS gave young Brian Shivambu would barely pay for a rally against, pick your topic — capitalism. Yet the EFF has been jumping up and down in its red suits ever since the Bank shut VBS down. Now we know why. It was funding them.

This affects Mboweni because as finance minister, he has the instruments at his disposal, namely supervision of the Financial Intelligence Centre (FIC), to monitor the illicit funding of revolutionary and not-so -evolutionary political parties that may be breaking the law to stay in business.

It would do Mboweni no harm at all to make a firm and early comment or gesture of support to Terry Motau, the advocate appointed by the Bank, to investigate VBS.

The extent and brazenness of the looting was truly astonishing. In this article in Business Day, Claudi Mailovich writes of one particularly shocking incident:

A WhatsApp message from politically connected middleman Kabelo Matsepe to Matodzi on December 20 2017 shows one example of the “rampant corruption and bribery that occured”, Motau said in his forensic report.

“We gave her 300k and she cried [local lingo for complained] and said we gave juniors R1.5m and we give her 300k.… We said we will consult with you and will sort her out on Friday morning … If we can, let’s give her 1% or 2% on a level of trust because she did keep her promise that she will block the money from being withdrawn,” the rest of the brazen WhatsApp message reads.

The deposits made by municipalities in Gauteng, Limpopo and the North West were only one facet of the sordid mess that has emerged from the dealings of the bank.

There was more drama. A report by Carol Paton said authorities needed to investigate claims that a R5m bribe was paid to Matjila.

Claims that Matjila might have received a R5m bribe from VBS bank should be further investigated by the authorities, the report by the investigators into the bank’s collapse recommends.

Advocate Terry Motau, the main author of the investigation commissioned by the Prudential Authority of the SA Reserve Bank published on Wednesday, says that he could not make any “definitive finding” whether the R5m was paid to Matjila.

“I certainly regard the matter as worthy of further investigation by authorities in due course,” says the report.

The report quoted Matjila saying he regarded the allegations as “malicious” and "without merit".

1.
Steel strike ends with Numsa inking deal ‘for ...
National
2.
Is Transnet the next Eskom?
National
3.
Mswati signals willingness to talk to political ...
National
4.
SA gets its first green funding offer
National
5.
Fourth wave severity depends on if there is a new ...
National / Health

1.
Steel strike ends with Numsa inking deal ‘for ...
National
2.
Is Transnet the next Eskom?
National
3.
Mswati signals willingness to talk to political ...
National
4.
SA gets its first green funding offer
National
5.
Fourth wave severity depends on if there is a new ...
National / Health