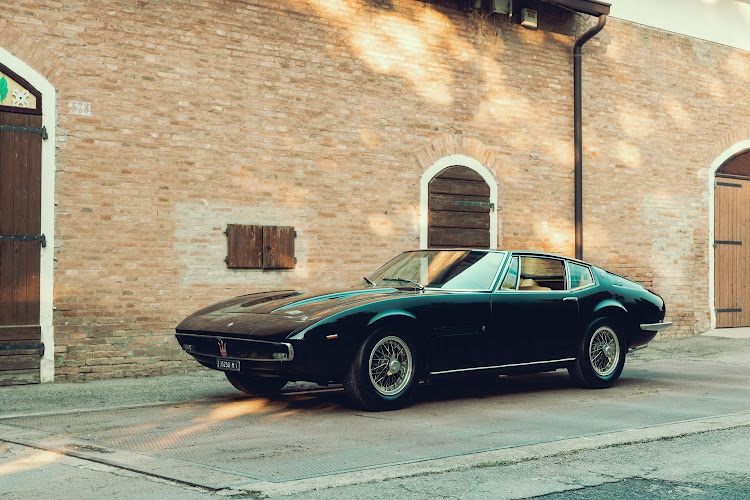 The first Ghibli was this sultry coupé from from 1966. Picture: Supplied

Ever the flamboyant left-field choice, the Maserati Ghibli is one of the Italian brand’s most recognisable and prolific names. And now the Turin-based manufacturer is celebrating the 55th anniversary of the Ghibli nameplate.

The Maserati Ghibli made its debut on the world stage, at the Ghia stand at the Turin Motor Show on November 3 1966. A new interpretation of the Gran Turismo concept, the two-seater coupé was designed by Giorgetto Giugiaro. Named after the powerful, warm wind from North Africa, the tradition continues to this day with the Grecale (the cold northeast wind of the central Mediterranean) as part of the Trident brand’s new era.

In its presentation of the Ghibli, Maserati proposed a car that was sporty yet unostentatious:  the engine was newly designed, based on the experience of the popular eight-cylinder used in the Mexico. It could deliver an output of 246kW in the 4.7l version, and was followed by an even more powerful 4.9l.

To leave more room for style by lowering the height of the bonnet, the engine was equipped with a dry sump — a solution used solely in racing, and was mounted on the tubular chassis, very low down. This solution gave the car its typically slender appearance, one of the cornerstones of its success.

The design was entrusted to Ghia, which then had Giorgetto Giugiaro on its creative design team. The Italian is responsible for a number of iconic shapes, including  the Volkswagen Golf Mk1, DeLorean DMC and numerous Nikon cameras.

The most obvious new stylistic feature of the first Ghibli was the front, definitely an original for Maserati: the headlights were retractable and the very slim grille occupied the entire front of the car. The Trident logo remained in the middle, though smaller.

The side view enhanced the slender line of the Ghibli: a long, low bonnet, a heavily inclined windscreen, perfect proportions with no superfluous decoration. The triangular rear pillar took on its own identity, becoming an iconic component later taken up in other successful models from the Trident brand. 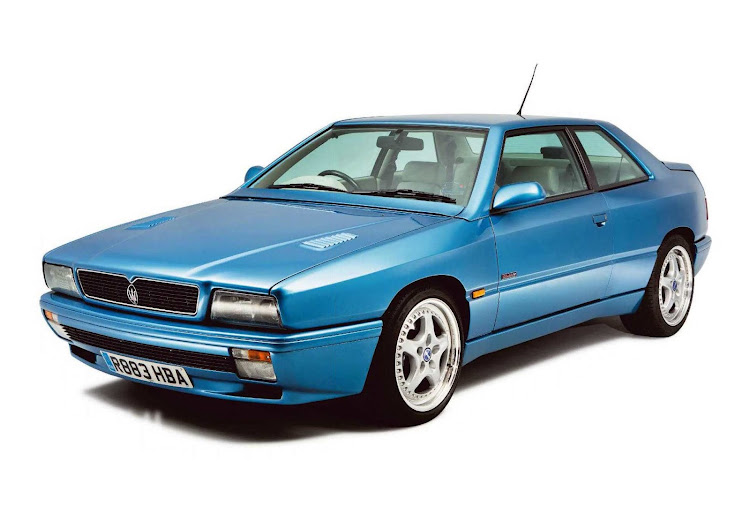 In 1992 the Ghibli nameplete lived on with this tidy two-door coupé. Picture:SUPPLIED

The result was a Gran Turismo car and after it was unveiled at the Turin Motor Show the Ghibli was launched in 1967. From 1969, the Spyder version also became available, which could be equipped with a hard top.

One year later, both models were also offered with a 4,900cc engine, taking the name Ghibli SS. In this configuration, the car further strengthened its solid market position.

Ghibli appeared again at the 62nd Turin Motor Show in April 1992; also a coupé built for luxury as well as performance, it was the work of Marcello Gandini, who gave the world the arresting shapes of Lamborghinis such as the Countach, the Alfa Romeo Montreal, besides a couple of Ferraris, BMWs, Citroëns and more.

In 2013, Maserati unveiled a new model, bringing back the Ghibli nameplate for a four-door sports sedan. The current Ghibli also became the first Maserati in the company's history to be offered with a diesel engine and of late, a hybrid variant — another first for Maserati.

The Ghibli in its current form as slinky yet practical sedan. Picture: SUPPLIED