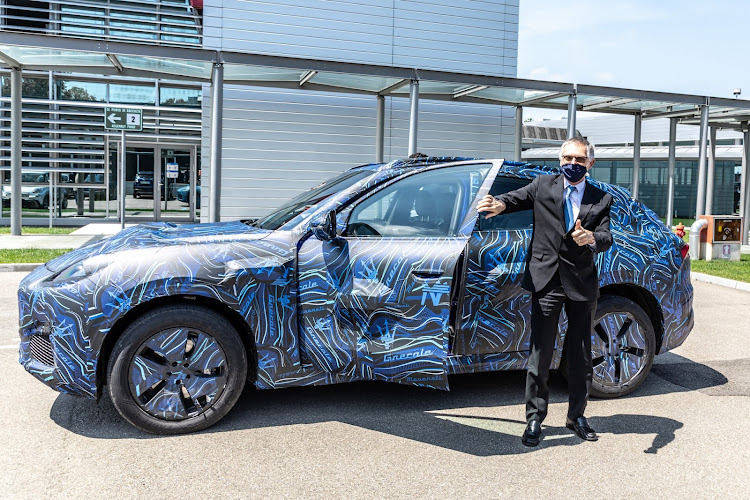 Tapping into the huge market demand for SUVs and crossovers, Maserati is getting ready to launch a smaller vehicle to slot in under its Levante.

Known as the Grecale, the car shares a platform with the Alfa Romeo Stelvio and will take on the Porsche Macan, BMW X3, Mercedes-Benz GLC and Jaguar F-Pace in the premium midsize SUV sector.

Named after a wind in the Mediterranean, the Grecale will be built at the Stellantis plant in Cassino, Italy, and is expected to have its global unveiling in September. Stellantis was formed earlier this year in a merger between Italian-American conglomerate Fiat Chrysler Automobiles and the French PSA Group, becoming the world’s sixth-largest automaker.

The model follows last year’s launch of the MC20 supercar as part of the Italian luxury brand’s revival, with a new-generation, all-electric GranTurismo also waiting in the wings.

Given the huge consumer swing towards midsized SUVs in recent years, the Grecale is likely to become the Italian brand’s top seller just like the Macan has become for Porsche. The larger Levante, launched in 2016, is now Maserati’s most popular model.

Full technical details of the Grecale are under wraps but we know there will be an all-electric version as well as internal-combustion engine derivatives. The base petrol models are likely to use the Stelvio’s 206kW turbo 2.0l engine, with high-performance variants possibly getting the 470kW 3.0l twin turbo V6 from the MC20.

Italy’s rapid new hellraiser has arrived, and we got to drive one of the first units in SA
Life
1 year ago