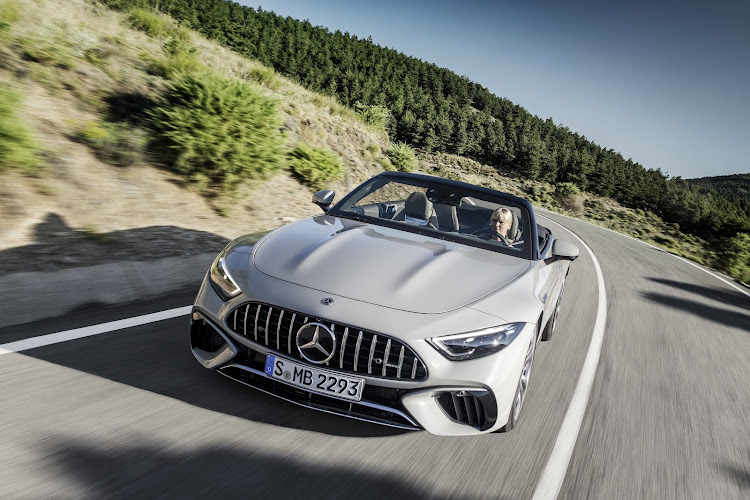 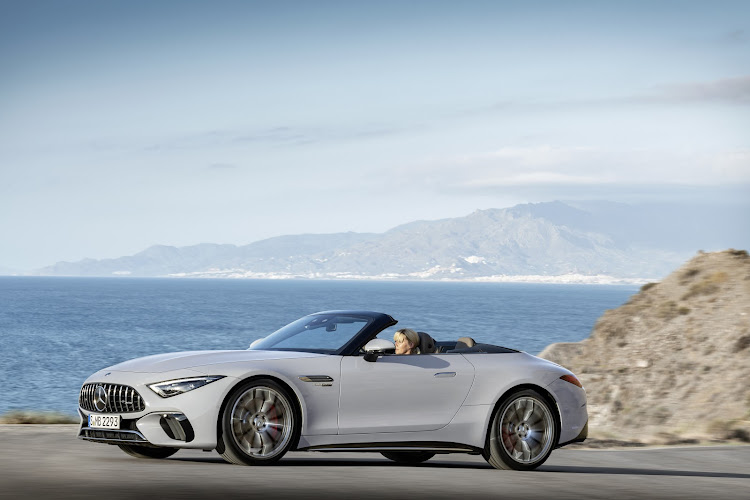 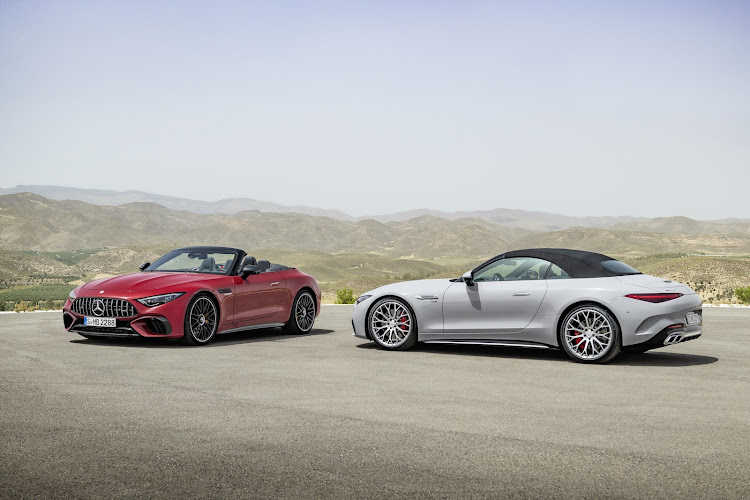 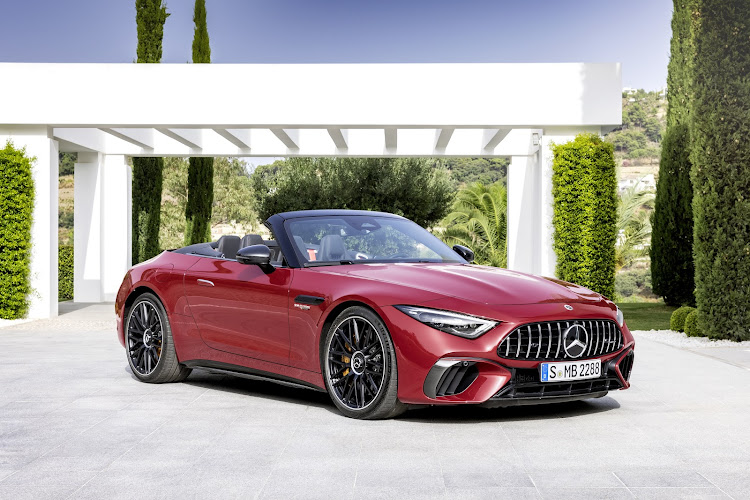 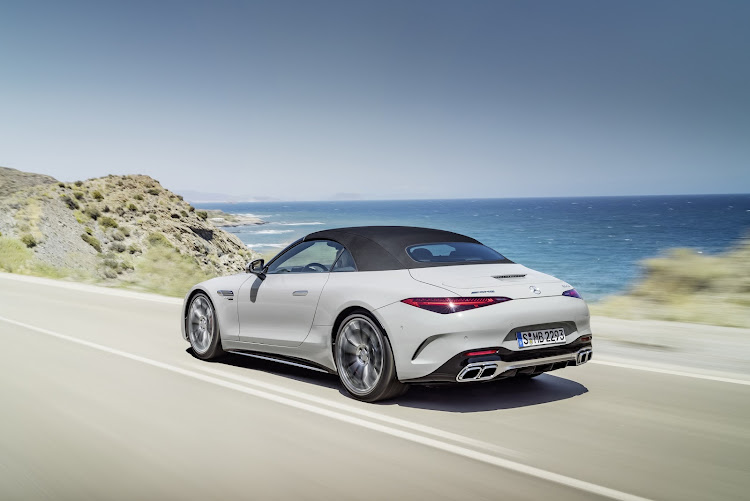 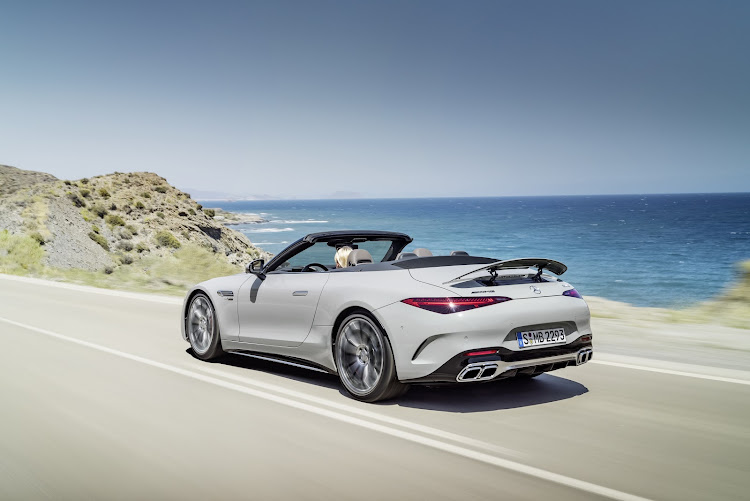 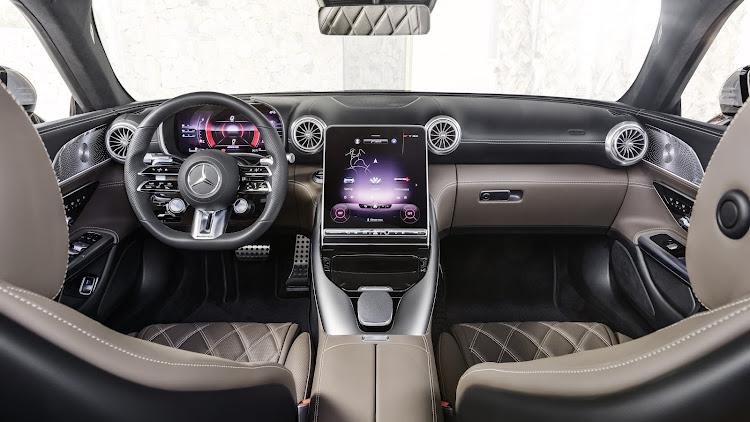 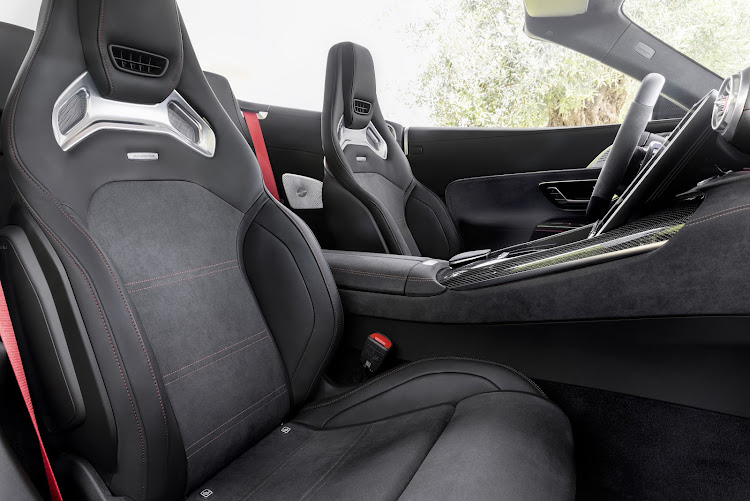 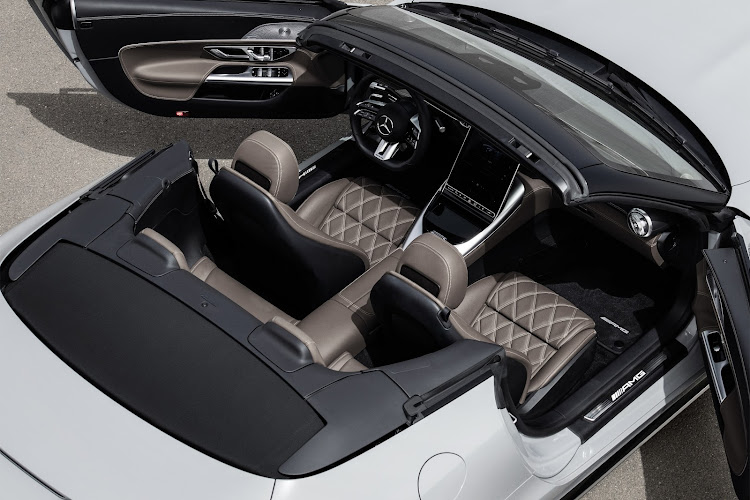 The fading popularity of two-seat roadsters caused Mercedes-Benz to recently cull its SLC (formerly the SLK), but the German marque has decided to soldier on with the larger SL, albeit as a more practical four-seater for the first time.

The new-generation Mercedes-AMG SL broke cover this week to continue a nearly 70-year bloodline which started with the famous 300 SL gullwing coupe in 1954 and was succeeded by the soft-top roadster in 1957.

The new SL is offered as a classic soft-top instead of with a folding hard roof like the previous two generations, and it puts its power down via all-wheel drive for the first time. Developed by the Mercedes-Benz AMG performance division, it is available in SL 55 and SL 63 models.

A major change is that it has grown from a two-seater to a more practical 2+2 seater, so strictly speaking it’s a sporty grand tourer rather than a roadster. The rear seats increase practicality by offering space for people up to 1.5m tall, says Mercedes.

However the body design captures the traditional roadster spirit with its long wheelbase, short overhangs, long bonnet, and a passenger compartment set back with a strongly raked windscreen. The AMG-specific radiator grille has 14 vertical slats as a nod to the 300 SL racing sports car of 1952, the grandfather of SL models.

The cabin is inspired by the minimalist, high-quality interior of the original 300 SL roadster and blends analogue and digital worlds in what Benz calls “hyperanalogue”. There’s a digital instrument cluster and MBUX infotainment system offering a choice of several specific display styles and different modes, complemented by physical buttons.

The rear seats are roomy enough for people up to 1.5m tall, says Mercedes. Picture: SUPPLIED

The second-generation MBUX system, which debuted in the new Mercedes-Benz S-Class has AMG-specific content such as “AMG Performance” or “AMG Track Pace”.

Electrically adjustable AMG sports seats come standard with Airscarf, which allows top-down driving in inclement weather by blowing hot air onto the head and neck area of the driver and front passenger.

The electrically operated three-layer fabric roof takes just 15 seconds to be raised or lowered, at driving speeds of up to 60km/h.

The new SL is designed as a more agile and engaging car than its forerunner, which was launched back in 2012. It is built on a new aluminium space frame platform with higher rigidity and a lower centre of gravity for improved driving dynamics and comfort. It doesn’t share any components with the AMG GT Roadster or previous SL.

Body materials are a mix of aluminium, magnesium, fibre composites and steel — the latter used in the windscreen frame to serve as roll-over protection in conjunction with the roll bars behind the rear seats, which deploy at lightning speed when needed.

A retractable rear spoiler seamlessly integrated into the boot lid changes its position to one of five different angular positions to either optimise handling stability or reduce drag depending on the driving situation.

An optional active aerodynamic element in the front underbody creates additional downforce by extending downwards at higher speeds to create a Venturi effect which sucks the car to the road.

In addition to 4Matic+ all-wheel drive, the SL comes standard with active rear-axle steering that improves both high-speed stability and low-speed manoeuvrability.

To boost traction, an electronically controlled limited-slip rear differential is standard in the SL 63 and optional in the SL 55.

A petrol-electric hybrid version will be added to the line up at a later stage, but initially the new car is available in SL 55 and SL 63 versions, both powered by a 4.0l V8 biturbo engine built at the AMG’s Affalterbach factory according to the “One Man, One Engine” principle. The SL 63 4Matic+ wields 430kW and 800Nm for claimed figures of 0-100 km/h in 3.6 seconds and a 315km/h top speed.

The new Mercedes SL is expected to arrive in SA in the third quarter of 2022.

There are no plans to build a successor model to the smaller Mercedes SLC, which started life in 1996 as the SLK. Demand for this junior roadster dwindled and 2020 was its last year in production.

Is the difference more than skin deep? We line up the two-seater cousins to find out
Life
2 years ago