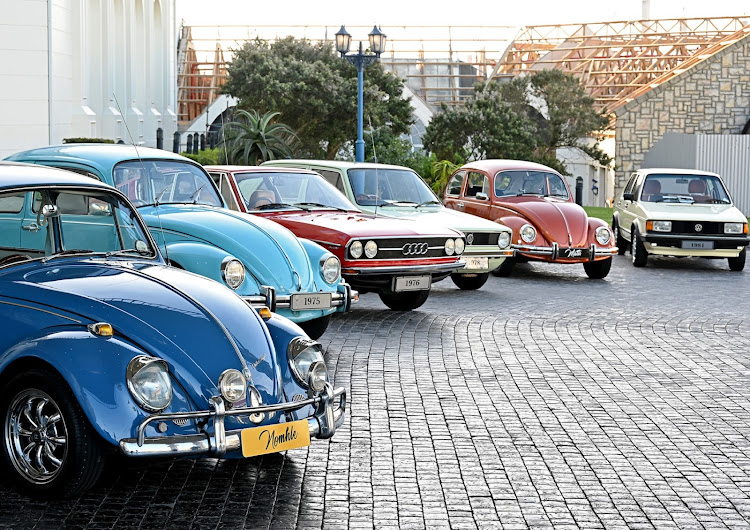 Time capsule: some of the popular models produced at VWSA’s factory over the last seven decades. Picture: COLIN MILEMAN

You can thank South African wine for the launch of the Volkswagen Beetle in SA almost exactly 70 years ago.

In 1950, car importer Baron Klaus von Oertzen brought in two Beetles with a view to assembling them locally but his negotiations with SA’s minister of economic affairs stood on shaky ground. That was, until he suggested he would arrange the export of South African wine to Germany in exchange for bringing in Beetle kits. That clinched the deal, and in August 1951 SA Motor Assemblers and Distributors (Samad), precursor to the company that became Volkswagen SA, began producing the people’s car in Uitenhage (now Kariega).

Despite being cramped and noisy the Beetle was well finished and had a comfortable ride, and its popularity grew so much that by 1957 it had a waiting list of three years. The last Beetle left the Uitenhage line in 1979 but the plant has built many other successful vehicles including the Type 2 Kombi, various Audi models, the Golf (including Citi Golf), the Polo range and the Polo Vivo. The plant began assembling the latest facelift of the Polo this month.

More than 4-million vehicles have been manufactured in the Eastern Cape factory. Many of them have become indelible parts of the SA motoring landscape, none more so than the Citi Golf which resulted from one of the cleverest marketing strategies in SA motoring history.

When the bigger and more expensive second-generation Golf was introduced in 1984, the first-generation car was reintroduced as the Citi Golf, an affordable car for the masses produced in bright colours (supported by an iconic “red, yellow, blue” marketing campaign) that made it a hit with younger buyers.

It was one of the local motor industry’s biggest successes, with more than 377,000 Citi Golfs produced over nearly 25 years alongside successive generations of new Golfs. VW kept the Citi Golf fresh with regular updates and iterations including the Shuttle, Chico and Velociti models.

When the car eventually reached the end of the line in 2009 it was replaced by the Polo Vivo, an older-generation Polo that, like the Citi Golf, was sold alongside its newer counterpart as a budget range. The formula has continued to work, with the Polo Vivo becoming one of SA’s best-selling cars.

The largest private employer in Nelson Mandela Bay with more than 4,000 employees, Volkswagen SA has been the sole manufacturer of all new right-hand drive Polo hatchbacks since 2010, and is the only factory to build the flagship Polo GTI.

Sister German brand Audi is also part of the Volkswagen SA story and various models including the 100 and 500 were built at the plant. The last four-ringed car produced locally was the A4 in 2001, and since then all Audis have been imported. 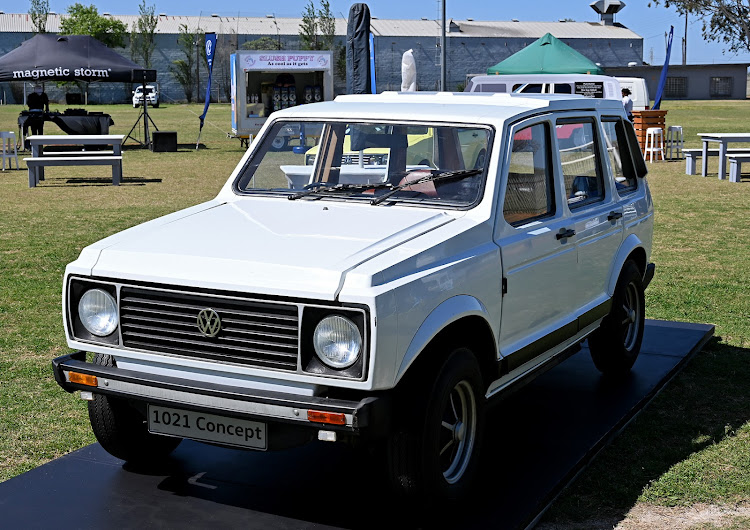 The Sub-Saharan Africa region became a part of VWSA in March 2017, three months after Volkswagen opened its vehicle assembly facility in Kenya. Since then, the brand has established assembly facilities in Rwanda (in 2018) and Ghana (in 2020).

I drove a few golden oldies from VWSA’s museum as part of the 70th birthday celebrations in Gqeberha last weekend. The pristine line-up of well cared-for cars included a number of old Audis, Beetles, Jettas and Citi Golfs, the highlight being a Mk1 Golf GTi which proved to be as exciting to drive as any modern-day hot hatch even if it wasn’t as fast.

Also in the VWSA museum are a number of home-bred concept cars, including a radical 200kW Citi Golf built as an in-house project by local VW engineers, which is reportedly quite a handful to drive.

Another unique-to-SA concept car was the 1021 of the late 1970s, an all-terrain vehicle built on a Beetle chassis which predated modern SUVs by a few decades.

Much has changed in the automotive world since the humble rear-engined Beetle started Volkswagen’s story in SA 70 years ago. Adapting with the times, VWSA will enter the electric car (EV) era when it launches the ID.4 SUV here soon as the brand’s first battery-powered car.