Devlin Brown at the water cooler: Sometimes it’s Ok to throw your weight around 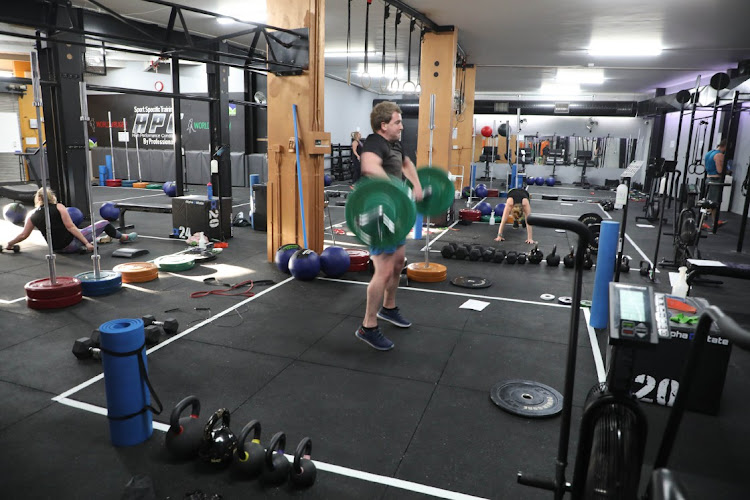 Is it compulsory for weekend warriors to drop their weights onto the gym floor?

Most of us are horrified by a Fourways boytjie slamming two 40kg dumbbells into the floor before flexing and screaming at the mirror. However, the Water Cooler is the bearer of bad news: sometimes it’s not only acceptable, but expected — and even safer — to drop your weight than to try to place it on the ground as if it were a toddler.

Now that most of the readership is horrified, this revelation comes with a few important caveats. The first is accepting that the saying “if he has to drop it, it is too heavy” is not necessarily true.

Most commercial, mainstream gyms are designed to be welcoming, friendly places where people can exercise in a pleasant environment. A gym with the latest hi-tech equipment — and crowds of people — is not going to be the right place to slam weights to the ground.

CrossFit boxes, many private gyms and all Olympic lifting gyms are designed to accommodate falling weights. Imagine an avid Crossfitter walks into a family gym, cleans and presses a barbell, and then slams it into the ground from full arm extension. No doubt, all those unaccustomed to such barbaric behaviour would be horrified and the new member would be disciplined.

The type of weights matter. Metal dumbbells or plates are not designed to be dropped on the floor, and if they are dropped they will be damaged and will certainly cause damage — including to people. Some dumbbells are coated in a robust rubber, while bumper plates — rubber-plated barbell plates — are designed to absorb impact and will have some bounce in them.

It’s obvious why there needs to be enough space as these cannot be dropped to bounce around crowded gyms with expensive equipment (and valued members). An empty Olympic barbell should never be dropped as it will be damaged.

Many commercial gyms have laminate flooring and other design features that make them feel welcoming. These floors can’t withstand weights being dropped on them and so it will most likely be forbidden in the rules. Even rubberised mats will be damaged by the wrong types of weights being dropped.

Some gyms will have lifting platforms made from plywood and rubber that allow for deadlifting. Deadlifts are the biggest noise culprits because the heavier you go the less likely you are to put the barbell down gently. The platforms absorb most of the shock, making it more pleasant for everyone else and safer for the gym’s floor and, you guessed it, other humans.

You’re probably wondering why anyone would want to drop a weight. In a movement such as the deadlift, when lifters train at or near their maximum lifts, it is not possible, not even advisable, to lower the bar back to the ground under full control. The lower back would be under huge strain. So while the bar is not technically being dropped, it sure can look and sound like it. Similarly, placing a heavy bar back into a squat rack is also not going to be a silent affair.

Someone doing heavy dumbbell presses — let’s say 40kg in each hand — will most likely be unable to put them down gently after a tough set. But people training at this level should be aware of their surroundings and be sure that they are training in the right environment.

What about CrossFit, Olympic lifting or other functional gyms? These spaces are designed for lifts that involve dropping or bouncing the weights off the floor.

Nothing mentioned above speaks about people who use submaximal weights and throw them around them anyway while grunting like Wolverine. There’s no point, and it’s rude and obnoxious.

On the other hand, there are places where dropping weights is not only accepted but expected. A polite family gym is not that place: it is startling, dangerous, damaging to the gym and intimidating. That being said, there should be some leeway because picking up and putting down challenging weights is never going to be silent.

Devlin Brown at the water cooler: Why am I experiencing a calorie deficit plateau?

If you are eating as little as you can and exercising as hard as you can, there’s very little you can do that isn’t harmful to your body
Life
1 month ago

Done properly, the practice can be beneficial but the fundamentals of healthy eating still apply
Life
1 month ago

Devlin Brown at the water cooler: Are my fitness goals selfish?

Devlin Brown at the water cooler: Is the 12-3-30 workout trend any good?

While it can do wonders for flexibility and fitness, it is important to do something you enjoy as you’ll likely stick with it
Life
2 months ago
Next Article

Behind the Virgin Active overhaul

Devlin Brown at the water cooler: Why is building muscle so hard?

Behind the Virgin Active overhaul

Devlin Brown at the water cooler: Why is building muscle so hard?