Money, not morals, is the new gaming panic 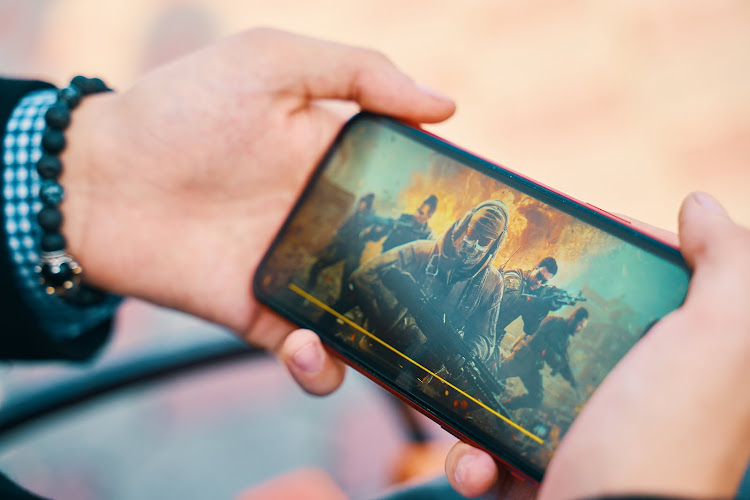 Paris — It’s tempting to mark news of video-game restrictions in China and a UK law intended to make the internet safer for children as just another episode in the long, ludicrous history of moral panic in gaming.

Over the decades, depictions of pixelated blood, virtual carjackings and sex with aliens have sparked all kinds of outrage that would seem quaint today. Arcade classic Space Invaders was once described in the UK parliament as an addictive trigger for “theft, blackmail and vice”.

Yet some of the growing anxiety over gaming’s gambling-style mechanics, data collection and exploitive business practices is justified. Especially considering that after a pandemic boost, the industry has become bigger than movies and sports combined. China’s approach looks uniquely extreme, but even in the US and Europe it seems like self-regulation will only go so far.

The focus of the UK’s “Children’s Code” on data-privacy standards for under-18s is a step in the right direction, even if it’s only a starting point. The proliferation of free-to-play apps squeezing billions out of downloadable add-ons and other forms of gaming “hypermonetisation” rely on rich seams of user data, often mined from children.

This can be a competitive advantage, as Joost van Dreunen’s book One Up points out. But it also brings the harms of data breaches, advertising targeted to minors and addictive gameplay loops that hook players the wrong way. One game developer compared the power of data-driven profiling to handing a “micro-targeted cigarette” to vulnerable smokers.

Loot boxes can encourage what looks like problematic gambling behaviour.

The boundaries between gaming and gambling are also getting blurred. The industry is right alongside the new breed of financial-trading and sports-betting apps in using cuddly graphics and dopamine-stimulating rewards systems to keep customers hooked. The UK government is even considering whether to regulate loot boxes — virtual treasure chests you buy to get randomised goodies to use in games — as gambling products. Belgium and the Netherlands have already declared them illegal.

Though loot boxes are often described as “surprise mechanics” by the likes of Electronics Art, akin to a Kinder Egg, a research project earlier this year found they can encourage what looks like problematic gambling behaviour. They are estimated to generate $20bn annually by 2025, according to Juniper Research.

Consumer harm will be an ongoing issue as financial rewards continue to flow into gaming. Thanks to the pandemic, more of our lives are spent online, and tech firms’ ambition to combine always-on virtual worlds into an immersive “metaverse” will bring some hair-raising possibilities.

Gaming platform sensation Roblox’s digital Lego-style worlds inspire fun and creativity. But its creator economy is also inextricably tied to the labour of under-13s (54% of users) and developers who receive a nominal 25% cut for their efforts. The firm has pointed to hundreds of developers who earn over $85,000 a year from their work, yet it’s still unnerving to see one disillusioned 11-year-old take to YouTube to say people are being “lied to” about how easy it is to be successful on the platform.

It also won’t be too long before we see the same “play-to-earn” mechanics seen in cryptocurrency-fuelled games like Axie Infinity — which rewards players for breeding and battling digital monsters — into the mainstream.

To be sure, even if more scrutiny on the gaming industry makes sense, it’s hard to see the benefit of China’s regulatory approach, which combines censorship, paternalism and protectionism without taking into account the benefits of gaming. Better for regulators to focus on practices that carry privacy and financial risks to underage gamers, including mechanics that resemble gambling at a time when betting apps are booming.

For the time being, game publishers’ stock prices look resilient, even if moves like China’s are seen as a threat to chunky valuations like Roblox’s, according to Mirabaud Securities analyst Neil Campling. But investors talking the talk on ESG concerns should be more willing to walk the walk on gaming. And there’s a long way to go here. Bloomberg Intelligence’s Matthew Kanterman cites  high-profile departures at gaming companies linked to allegations of sexual misconduct, as well as slow progress in the sector’s workforce diversity.

Making money from games isn’t going to be as easy as getting children to pump quarters into an arcade machine. Maybe that’s just as well.

Lionel Laurent is a Bloomberg Opinion columnist covering the EU and France.

China and SA have different views when it comes to computer games. China has enforced time limits whereas SA tries to control content
News & Fox
10 months ago
Next Article