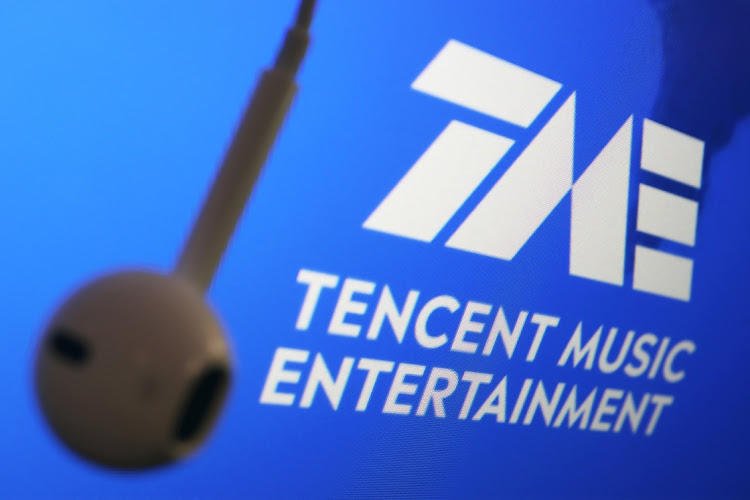 The logo of China's Tencent Music Entertainment Group is seen next to an earphone in this illustration picture taken March 22 2021. Picture: REUTERS/FLORENCE LO

Chinese regulators summoned gaming companies including Tencent Holdings and NetEase to discuss further oversight of the industry and the need to de-emphasise profits, prompting a steep share sell-off.

Tencent, the country’s largest gaming company, dived as much as 6.7%, on track for its biggest fall since July, while smaller rival NetEase fell as much as 7.7%.

The publicity department of the Communist Party of China’s Central Committee, the National Press and Publication Administration and two other agencies called the meeting to convey plans to step up supervision and start checks on illegal behaviour, according to the state-run Xinhua News Agency. The government just last week released new regulations for the industry, including limiting the amount of time children can play video games to three hours a week.

The agencies told the companies they must enforce the new regulations and break from “the solitary focus of pursuing profit” to prevent minors from becoming addicted to games. They should also remove “obscene and violent content” and avoid “unhealthy tendencies, such as money-worship and effeminacy”.

“The authorities ordered the enterprises and platforms to tighten examination of the contents of their games,” Xinhua said. “The platforms must also resist unfair competition to prevent excessive market concentration or even monopolies in the industry.”

Chinese gaming stocks listed in the US tumbled, with Bilibili sliding 5.9%. The Nasdaq Golden Dragon China Index slumped 3.3%. NetEase said it will comply with anti-addiction regulations and promote more quality games for minors.

“We believe in healthy game play and take very seriously the physical and mental health of minors,” Tencent said. “We appreciate the guidance and instruction from the relevant regulators, and will work hard to be in full compliance with all rules relating to youth game addiction and content regulation.”

China and SA have different views when it comes to computer games. China has enforced time limits whereas SA tries to control content
News & Fox
9 months ago
Next Article