The case against tracking your kid’s phone 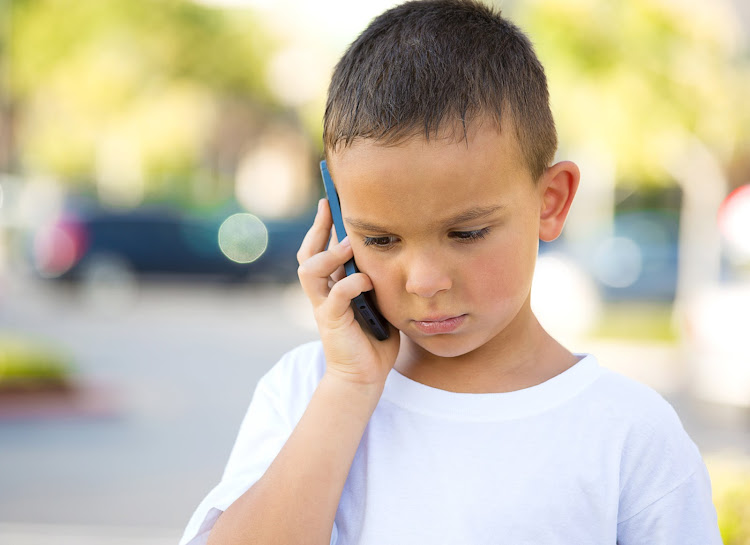 London — Last week the UK government brought new rules into force for online firms, aimed at safeguarding how children are profiled and tracked on the internet. And yet with millions of children back in school this month, their movements are frequently tracked by another party — parents.

The idea of digitally surveilling your children is a tricky one, and keen parents seem largely oblivious to the institutional concerns about the practice. I recently raised the issue with about a dozen British parents sending their 11-year-olds to secondary school with phones. About three-quarters said they would monitor their child’s movements through an app of some sort, largely for safety reasons. Many said it gave them “peace of mind” to know where their children were.

Various institutions, however, aren’t fans of this. Britain’s privacy watchdog buried a warning to parents in its new rules for companies: “Children who are subject to persistent parental monitoring may have a diminished sense of their own private space, which may affect the development of their sense of their own identity.”

Ireland’s data protection regulator says in its draft guidance that geolocation tracking should be turned off “by default for child users.” And the UN has said in its Convention on the Rights of the Child that “parents’ and caregivers’ monitoring of a child’s digital activity should be proportionate and in accordance with the child’s evolving capacities.”

Here’s how the tracking works. If a parent and child each have an iPhone and set them to share locations, either one can tap on the recipient’s name in a text message and see where they are on a map at any time. There are also separate apps for tracking a family member’s location, such as Find My Friends for iPhone users, or for Android users, the location-sharing feature on Google Maps or apps like Life360. If a child goes somewhere after school but is late coming home or gets lost, a parent could easily find them through one of these apps and go pick them up.

In data protection law there is an assumption that parents know best … but this is not the case at all.

Sounds unobjectionable. But one reason for the regulatory guidance is that we simply don’t know what the long-term effects might be of monitoring a child’s movements in this way. Two academics in the field of digital privacy and children told me they weren’t aware of any studies that looked into how GPS monitoring might impact the relationship between a parent and child, or even if children who were tracked got hurt less often than those who weren’t.

“Does this software actually keep our children safer?” asked Lorrie Cranor, a public policy professor at Carnegie Mellon, who has studied how children interact with technology and who does not track her own children. “If it doesn’t keep them safer, then why are we doing this?”

It’s also unclear what monitoring might do to a child’s sense of identity, their development or their capacity to make independent choices.

“[Children] might start changing their behaviour and decisions because they know they are being tracked by their parents,” says Ingrida Milkaite, a data protection researcher at Belgium’s Ghent University. She is also concerned that if a child’s location data is constantly being processed for their parents, there’s a risk it could fall into the hands of companies or governments down the line.

“In data protection law there is an assumption that parents know best ... but this is not the case at all,” Milkaite says. “Parents need a lot of guidance about how the online world operates.”

My view until now had been this: it was fine to turn on regular location tracking on my kid’s new phone for the sake of convenience, such as an emergency pickup, or so I could easily see where she was if there was a reason to worry. But it would be mutual. She could check my phone’s location too.

However, these long-term unknowns gave me pause, as did the story of a friend who had planned to track the location of her tween and was now reconsidering.

She recalled a childhood memory of travelling home by public transport and accidentally getting on a bus that was going the wrong way — she felt a rising panic as the bus drove further into an unfamiliar town before terminating at a vast bus depot. With no money to call her parents from a payphone, she sheepishly asked the bus driver for help. He gave her directions, and she made her way onto another bus and found her way home.

Today, that friend’s child could call their parents and be located quickly on a map. But this raises two issues: calling negates the need for location tracking; tracking may also rob the child of something valuable: the fight-or-flight fear of getting lost and the challenge of reading their surroundings to tackle the problem themselves. There’s arguably no better learning experience than a visceral one.

It made me think about parents conducting this type of surveillance more for their own peace of mind than for their children’s. It seems excessive to use a location-monitoring feature to make sure a child doesn’t get snatched by a stranger, given such incidents today are rare. On the other hand, if an app is aimed at making sure they don’t get into trouble, well, a child could simply leave their phone at a friend’s home and claim to be there. Not very useful. That dot on a map meanwhile becomes yet another data point to fuel parents’ modern-day anxieties.

If turning tracking off completely feels too much like unbuckling a child’s seat belt, Cranor says one way forward is to use apps that only do so in limited circumstances. She recalls conducting a project in the early 2000s in which she allowed her friends and family to track her whereabouts, but only within certain times of a day or when she was on campus. The goal was to see how she and other study participants would react. “I was more comfortable when I had that sort of control,” she remembered.

iPhone users like myself could, for instance, turn off location sharing directly from Messages, but keep an app like Find My iPhone on their devices for emergencies, and take that app off the home screen. The extra steps it takes to find a child’s location on a map might rein in the lure of checking on their movements when you don’t have to.

Cranor also recommends parents talk to their children about GPS tracking, and make sure to get their consent to do it at all. “Secret tracking is usually not a good idea,” she said.

As for when to stop tracking your children, Alphabet’s Google has a suggestion: age 13. At that point, a child who uses an Android phone synced to Google’s Family Link can turn off location monitoring by their parents.

Good thing I can kick that can a couple more years down the road. ntil then I’m going for the limited approach.

Parmy Olson is a Bloomberg Opinion columnist covering technology. She previously reported for the Wall Street Journal and Forbes and is the author of ‘We Are Anonymous'

Despite introducing safeguards, historically the company has prized expansion over protection of minors
Life
4 months ago

The feature drew fierce criticism from privacy advocates, who feared it could set the stage for other forms of tracking
Companies
2 weeks ago
Next Article