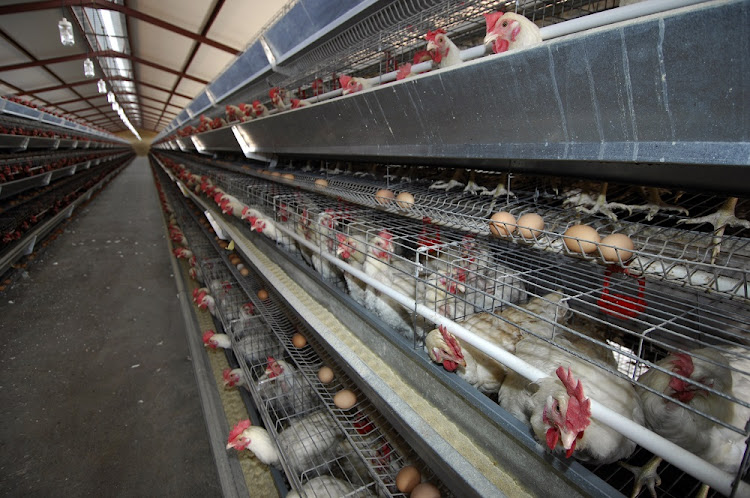 Astral Foods shareholders on Tuesday brushed aside a trading update from the poultry producer in which it said half-year earnings fell up to 55% because of higher costs and lower selling prices.

Poultry producers have been grappling with cheap imports, rising and volatile maize costs, and subdued demand amid the stagnation of SA’s economy. To gain some relief, the industry, which directly employs about 50,000 people, is seeking higher import tariffs on frozen chicken portions.

Clark, who has a “hold” recommendation on Astral, said weak maize harvests have pushed up costs and placed pressure on margins in the poultry sector. While the outlook for maize crops has improved, sending prices lower, “that has not helped companies who generally hedge on a three to five month window”.

Astral would only start to see the benefit of lower maize prices in the fourth quarter to end-September. The group would then benefit from lower prices and the industry could also benefit from a mooted hike in import tariffs.

However, Clark said the tariff application process appears to have stalled due to a court interdict by the Association of Meat Importers and Exporters. The delay meant “months more pain for domestic poultry producers”.

Astral said on Tuesday that its headline earnings per share (HEPS) in the six months to end-March 2019 fell between 50% and 55% compared to a year earlier.

“The reduction in profitability was mainly as a result of higher feed prices and production-related cost increases, exacerbated by lower selling prices for poultry products,” the company said.

Furthermore, “poor management” of municipal infrastructure within the Lekwa (Standerton) municipality — particularly of water reticulation and supply, which is crucial for a poultry processing plant — “has resulted in unnecessary costs for Astral in the recent past. And ongoing infrastructural failure is causing a dire situation for Astral’s operations in the area.”

Astral expects to publish its interim results on May 13 2019.

Astral Foods: A poultry play that’s ripe for the plucking

Chicken is SA’s number one protein. Astral Foods sells more than 230,000t a year, and generated R9.8bn during the past financial year
Companies
3 years ago

Only a fool believes in Brazilian chicken