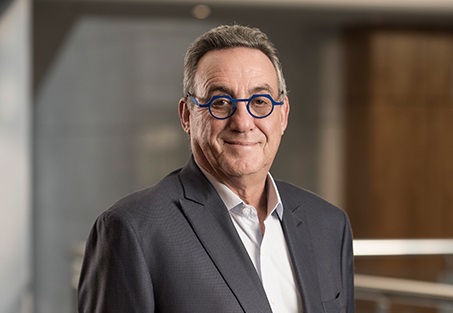 SA’s commercial property industry has lost one of its most revered executives in Sam Hackner, a big mind behind the formation of Investec and SA’s largest property company, Growthpoint Properties.

Hackner passed away on August 7 at the age of 65, after a valiant fight against Covid-19. While most people retire in  their mid-60s, Hackner was still working in the commercial property industry in various capacities and approaching each working day with vigour and patience.

The Durban-born chartered accountant had spent 38 years of his life with Investec, a titan of SA business he helped found when he was 27.

He retired as an executive at Investec Bank in 2016, where he built and led numerous businesses including Investec Private Bank.

His last role at the group was non-executive chair of Investec Property Fund (IPF), a position he held for 10 years, starting when the fund was listed in April 2011.

He helped headhunt the best talent for IPF, including former CEO Nick Riley and was a mentor to co-CEOs Darryl Mayers and Andrew Wooler.

He identified Norbert Sasse, the group CEO of Growthpoint in the early 2000s as well as Robin Magid and Steven Heilbron, who held senior roles at the Investec group.

“Youngsters really looked up to Sam. He loved to see people succeed. He was also charitable. I remember how he’d come to the office and give luxury fashion shoes and clothes to security staff for example. He wanted everyone who worked at Investec to enjoy every day they spent there,” says Mayers

“Sam was an utterly brilliant person. I met him in 1994 and was privileged to learn from him and be his friend. He had this rare mix of corporate nous, personal skills where he could brighten anybody’s day and ability to simplify business deals to serve different parts of Investec,” he says.

Hackner and his business partner Sam Leon became famous in corporate SA as the “two Sams” who could clinch deals involving all types of property from office to retail to industrial and residential.

They took Growthpoint Properties, a company worth R10m in 1994, and turned it into a R1bn property fund by 2002.

Today Growthpoint is SA’s largest landlord with market capitalisation of R52bn and assets worth close to R160bn, spread across five countries.

“He was a clever dealmaker and helped us to clinch a number of big ones including our recent deal where we acquired a high-end logistics property portfolio from Ares.”

“I knew Sam and worked with him for about 33 years. He was a real expert in property investment and development. He also played a significant role in developing Growthpoint in its early days which ultimately became the largest property fund in SA,” he says.

“He also was a very good private banker and led the Investec Private Bank for a number of years. For most of his career at Investec he was on the group executive; the most senior management team of Investec.”

“He was a great colleague loved and respected by all those who dealt with him. He was also a tough but fair person who saw things rationally and objectively and always lived by his word. The loss of Sam is a significant loss not to his friends and family but also to our community and our country,” says Koseff.

The loss of Hackner has also reverberated beyond Investec, with outpourings of grief from people at numerous listed and private property companies and organisations.

“With over 40 years experience in the property industry, Sam played an important role in contributing to the success and growth of the Investec Property Fund. To his colleagues at Investec and Growthpoint Properties, we send our heartfelt condolences,” Neil Gopal, CEO of the SA Property Owners’ Association, said.

Hackner is survived by his wife, Karen, and children Gary, Nicole and Leanne.

Investec CEO Fani Titi says many in the ANC still see business as the enemy. This hostility has to stop, since it is local investors that will have ...
Opinion
6 months ago

The property has had few casualties among its retail tenants, with vacancies sitting at only 2%
Business
6 months ago