As the world’s newest and largest source of platinum, Sibanye-Stillwater has the immediate challenge of wage talks with a hostile union 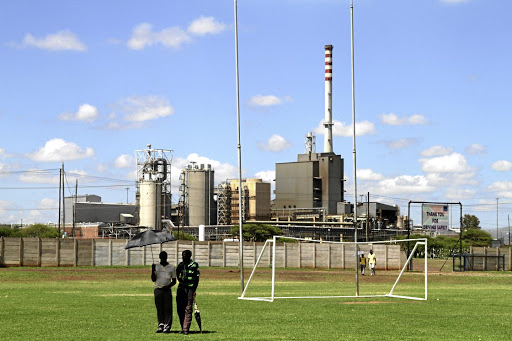 After 18 months of uncertainty, during which the takeover of Lonmin by Sibanye was challenged every step of the way by one of the largest mining unions, employees at the companies went to work on Monday as part of the world's biggest platinum producer.

Since the deal was first unveiled in December 2017, it was challenged by the Association of Mineworkers and Construction Union (Amcu), the largest labour body at Lonmin, at every turn.

Minority shareholders then also unsuccessfully lobbied the Public Investment Corporation, the largest holder of Lonmin stock with just less than 30%, to demand a higher offer than the one-for-one share deal.

The takeover of Lonmin is now formally completed, making the merged entity a larger source of platinum than Anglo American Platinum. The merged group, which has assets in SA, Zimbabwe and the US, is now the second-biggest miner of platinum group metals (PGMs) behind Norilsk Nickel, according to Heraeus.

Sibanye will supply more than three-million ounces, or 20% of the world’s PGMs, compared to the 23% or 3.5-million ounces coming from Norilsk Nickel, the single largest producer of palladium, a metal primarily used to make autocatalytic devices in petrol engine exhaust systems.

On Monday morning, Sibanye said: “The entire issued and to be issued ordinary share capital of Lonmin is now owned by Sibanye-Stillwater.”

Lonmin investors will hold one Sibanye share for every one Lonmin share they held. Trade in Lonmin shares in London and Johannesburg was suspended on Monday morning and both listings will be terminated.

Sibanye is heading into wage talks with Amcu in coming days for its entire SA platinum business after facing down a five-month strike by the union at its gold division.

Lonmin, where Amcu is the dominant union, is now in the Sibanye stable. Talks promise to be difficult after the union failed to prevent the takeover, despite arguing against it before the Competition Commission and the Competition Tribunal, and appealing against the tribunal’s conditional approval of the transaction.

The gold division's strike was marked by an equally intransigent and notably hostile public battle between Sibanye CEO Neal Froneman and Amcu president Joseph Mathunjwa, which could well spill over into these wage talks.

It marks the end of 20 years of Lonmin and a complicated, messy history that included the Marikana massacre of 34 protesters by police in August 2012 during a violent wage strike at the company’s mines.

The integration process to combine Sibanye and Lonmin's platinum businesses should take up to three months.

Lonmin has 11 shafts and declines near Rustenburg and has mining rights until 2037, which can be renewed for another 30 years.

But Sibanye’s key focus was the metal processing capacity in Lonmin, with its concentrators, smelter and refineries something that allows Sibanye to sell all its PGMs directly into the market.

Since Sibanye started its PGM strategy in 2016, it sold concentrate to Anglo American Platinum (Amplats). At the end of 2018, it switched to a toll treatment deal on its Rustenburg production with Amplats, which was the largest source of platinum for decades until this transaction gave Sibanye 1.4-million ounces of output.

Sibanye has to give Amplats notice of two years to end the toll treatment contract so that it can then start putting the equivalent of 460,000oz of platinum-in-concentrate through the Lonmin smelting and refining complexes.

Shareholders in Sibanye and Lonmin gave their overwhelming support to the transaction, which was valued at more than R4bn, a fraction of what it would cost Sibanye to build furnaces as well as base and precious metals refineries.

Lonmin had run into a wall on financing, having repeatedly conducted rights issues amounting to $1.6bn in a decade, but recorded a total operating loss of $3.7bn in the three years from 2014, CFO Barrie van der Merwe said recently.

Lonmin simply did not have the capital to fund any growth projects, with Van der Merwe estimating the company needed at least $500m in the bank — capital its investors was no longer willing to extend — while financial institutions have put onerous conditions on money lent to Lonmin.

At the end of the March quarter, Lonmin had $71m in net cash.