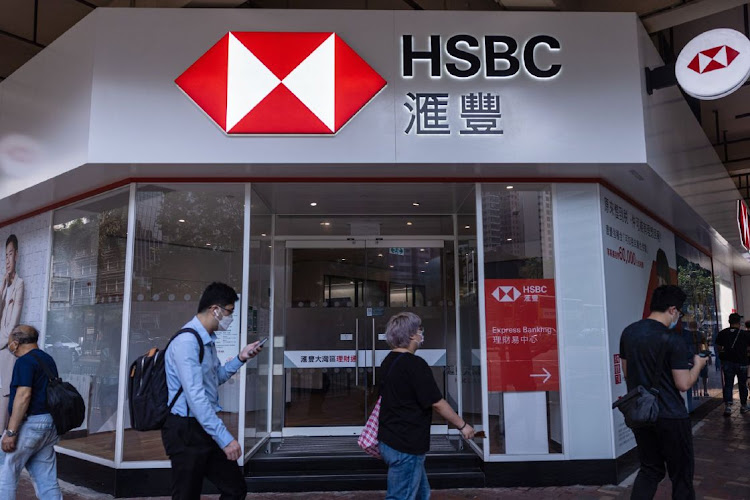 Hong Kong/Singapore — HSBC’s bosses will meet retail investors on Tuesday in Hong Kong, the biggest market for Europe’s largest lender, seeking to convince them their strategy to operate as a global bank is vital to boosting growth.

The London-headquartered group is under pressure from its largest shareholder, Ping An Insurance Group of China, to explore options including spinning off its mainstay Asia business to increase shareholder returns.

The informal meeting, which will discuss earnings and strategy, comes a day after HSBC rejected the break-up call, reported forecast-beating profit and promised chunkier dividends, sending its Hong Kong-listed shares to a one-month high.

HSBC’s response represented its most direct defence since news of Ping An’s proposal broke in April.

The lender’s shares dipped 0.2% in early trading on Tuesday ahead of the meeting, in a broader Hong Kong market that was down 3.0%.

Ping An, which has been building a stake in HSBC since 2017, when the bank’s share price was about a third higher, has not called publicly for the break-up but has said it supports all reform proposals that could help increase the long-term value of HSBC.

The insurer owned 8.23% of HSBC by early February.

Hong Kong retail shareholders were unhappy when HSBC scrapped its dividend in 2020 during the Covid-19 pandemic, after a request to lenders by the Bank of England.

A Hong Kong politician has urged HSBC to appoint Ping An’s representatives to its board, and move headquarters back to Hong Kong.

“We do worry if the Bank of England will order HSBC to suspend dividends again in the next wave of the pandemic,” Christine Fong, a district council member in Hong Kong who will attend the meeting with HSBC, said.

“If HSBC returns to Hong Kong, it will be less affected by UK political factors and regulation.”

In 2016, HSBC decided to keep its headquarters in London, rejecting the option of shifting it back to its main profit-generating hub of Hong Kong after a 10-month review.

HSBC CEO Noel Quinn told reporters on Monday the bank is unlikely to appoint a Ping An executive to its board due to a conflict of interest.

“There is the potential for conflict of interest given there is an overlap in their business model with ours in terms of insurance and banking,” Quinn said.

Europe’s biggest bank said a break up would be costly, while posting profits that beat expectations and promising chunkier dividends
Companies
1 week ago