UK bank, which has drawn criticism for its support of China’s political and business clampdown, says there's no need to choose sides 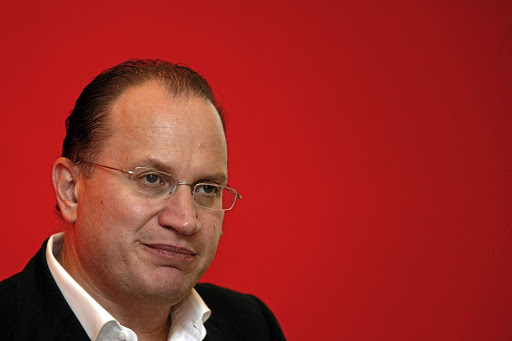 HSBC Holdings chair Mark Tucker, speaking in Hong Kong after passing through the city’s rigid three-week quarantine, said the opportunities in China are “too big to ignore” even as geopolitical tensions escalate.

“We’re moving to a new status quo in Sino-US relations,” Tucker said in a video obtained by Bloomberg News of a discussion last week at a Hong Kong Academy of Finance event. “The interconnectivity is pretty powerful, and I don’t think it will get to a point where sides will need to be chosen.”

Europe’s largest lender is steering billions of dollars in capital towards Asia to lift its profitability while shrinking or exiting operations in other parts of the world. Key to its growth strategy in Greater China is capitalising on the rising affluence in the world’s second-largest economy.

But its plans face several headwinds. The lender has come under attack in China over its co-operation in a US probe into Huawei Technologies, while its public support of a security law imposed on Hong Kong, its biggest market, has drawn criticism from activists in the city and Western politicians.

Banks and investors are also now having to calibrate their approach as Chinese authorities seek to exert greater control over the private sector. Beijing has launched antitrust probes into its technology companies and is putting limits on domestic firms seeking to list abroad.

Regulatory pressure is intensifying in the US. Gary Gensler, the chair of the Securities and Exchange Commission, on Monday warned about the risks of investing in Chinese companies and asked SEC staff to take “a pause for now” in approving IPOs of shell companies that Chinese firms use to list.

For now, Hong Kong could be a beneficiary of the halt in the US, with Chinese firms choosing to list in the financial hub instead.

“We — and I — have great confidence in Hong Kong and its future,” Tucker said at the event, according to a LinkedIn post by HSBC. “We are fully aware of the challenges and will continue our pivot to Asia.”

An HSBC spokesperson in Hong Kong declined to comment further.

HSBC, which is relocating several of its most senior executives to Asia, said earlier this month that risk-weighted assets in the region increased by 6% since the start of the year.

Tucker is not alone in brushing off the growing tension. Standard Chartered CEO Bill Winters is also among executives in recent weeks to signal that the turbulence won’t derail his lender’s focus and investments in the region.

The insurance industry is battling to keep up with risks posed by snowstorms, hail, tornados and wildfire
Companies
11 months ago
Next Article