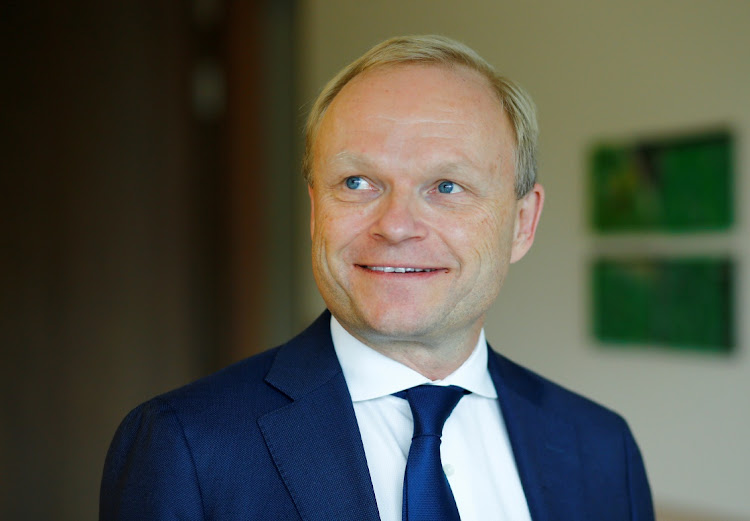 Stockholm/Helsinki — Shifting geopolitics and a sharp round of cost cutting have put Nokia firmly back in the global 5G rollout race just a year after CEO Pekka Lundmark took the reins at the Finnish company.

Considered a 5G underdog after betting on the wrong type of chips and losing a multibillion Verizon contract to Samsung, Nokia has more recently been gaining ground on arch-rival Ericsson, even as both benefit from US pressure on European governments to crackdown on China’s Huawei.

Lundmark in February warned of a “challenging” year of transition with “meaningful headwinds”, but two good quarters have rekindled hopes of a turnaround and Nokia said earlier in July that it will raise its full-year outlook when it reports second-quarter results on Thursday.

“The drastic changes and improved performance under Pekka’s stewardship is clearly evident,” said Paolo Pescatore, an analyst at PP Foresight. “Opportunities in 5G, misfortunes of others and focus on key products have helped reignite the business.”

Lundmark, who became CEO in August 2020, has laid off thousands of employees and forged new partnerships with technology companies after pledging to “do whatever it takes” to take the lead in 5G.

Nokia has also invested significantly in its Reefshark chipset, cutting the end cost of its 5G equipment, and given its business units more autonomy over where they choose to compete.

As the overhaul bears fruit, the geopolitical backdrop has shifted further in Nokia’s favour.

European governments have long been tightening controls on the role of Chinese companies in 5G networks after diplomatic pressure from Washington, which alleges Huawei equipment could be used by Beijing for spying. Huawei has repeatedly denied being a national security risk.

While both Nokia and Ericsson have been gaining customers that might otherwise have gone to Huawei, Ericsson had been faring better with big contract wins in China, where the deployment of the next-generation network is in full swing.

But its China business has taken a tit-for-tat hit since Sweden late in 2020 banned Chinese companies from supplying critical 5G network equipment.

In a second phase of 5G deployment by China Mobile last week, Ericsson’s 5G radio share dropped from more than 11% to about 2%, and Nokia got its first Chinese 5G deal with a 4% share of a $6bn contract, according to sources.

It is also expected to win a portion of upcoming contracts from China Unicom and China Telecom at the expense of Ericsson, having failed to make any headway in the world’s biggest 5G market in 2020.

“The key was making the right moves to correct the actions that really got them behind 5G,” said Mark Cash, an analyst with Morningstar. “I think Pekka’s imprint is being felt already by the organisation, and he’s obviously doing well.”

Nokia’s shares have gained about 30% in the last year while Ericsson’s are up just 2% over the same period.

Company insiders say Lundmark’s working relationship with chair Sari Baldauf helped steady the ship when several top executives left the company during a reshuffle in the first months of his tenure, and is gaining him wider support for the overhaul of Nokia.

The pair have a long history of working together, including most recently in the same roles at Fortum.

It may not all be plain sailing. While Nokia, Ericsson and Huawei are now the only companies providing complete 5G wireless networks, the US government for one is now touting a new, more open approach, allowing mobile operators to mix and match equipment from various suppliers and potentially securing US companies a bigger share of the market.

China, however, remains far ahead of other countries for 5G deployment — the China Mobile contract for about 500,000 base stations was for more than all the 5G base stations now in Europe — with competition driving volume and lowering overall costs.

Nokia may swerve Ericsson’s hurdles in the country as Huawei has said that a law approved by Finland allowing authorities to ban telecom equipment for national security reasons is a more realistic approach than focusing on specific vendors.

But some analysts caution that being in China could drag on Nokia’s margins and any new geopolitical tussles could lead to significant losses.

Kimmo Stenvall, an analyst from OP Markets, also said Nokia’s updated outlook would likely take into account the global chip shortage, with not enough semiconductors to go around.

The company's inventive devices couldn't keep up with the industry's giants. It will now focus on growth areas such as AI and robotics
News & Fox
5 months ago

ARTHUR GOLDSTUCK: Nokia not ready for the smartphone grave