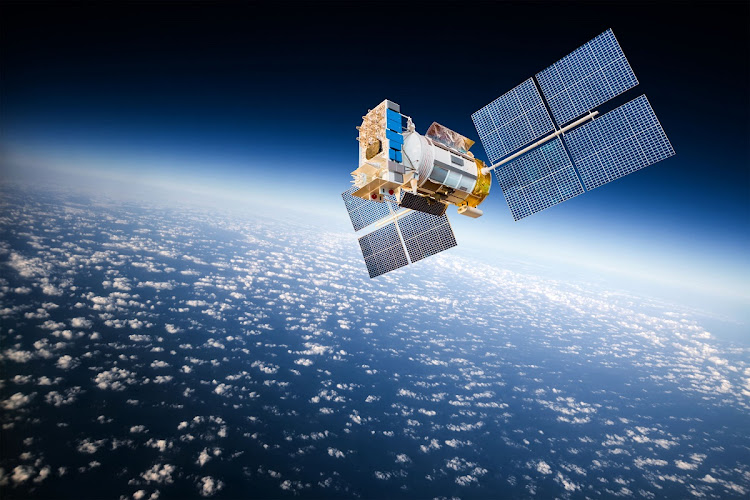 A space satellite orbits the earth in this illustration. Broadband satellites are set to drive at least half the growth that will see space-industry revenue almost triple to $1-trillion by 2040, according to Morgan Stanley. Picture: 123RF/COOKELMA

Frankfurt am Main — In the new space race, bigger is not always better.

That is the view of rocket start-ups Isar Aerospace Technologies, Rocket Factory Augsburg and HyImpulse Technologies. The three firms, all based in southern Germany, are betting clients will pay a premium to use their so-called micro-launchers, gaining flexibility in transporting the tiny satellites set to revolutionise global communications.

Each is developing rockets capable of carrying 500kg-1,500kg into low Earth orbit. While that is a fraction of the tens of thousands of kilos hauled by the Falcon 9, operated by Elon Musk’s SpaceX, it is enough to transport the satellites now being deployed for everything from superfast internet to autonomous driving.

The trade-off is cost. SpaceX has been able to win market share — including a possible deal with carmaker Volkswagen — by designing reusable rockets that bring down the price of each mission. But the three start-ups believe surging demand for launches coupled with an initial lack of capacity will allow boutique services to thrive alongside established players.

“It’s like the difference between taking a bus or a taxi,” says Christian Schmierer, founder of HyImpulse, which plans to charge €7,000/kg of payload, more than two and a half times SpaceX’s $2,700. “A bus is cheaper, but a taxi is more convenient and will get you to your destination quicker.”

Broadband satellites are set to drive at least half the growth that will see space-industry revenue almost triple to $1-trillion by 2040, according to Morgan Stanley. The launcher market should double in size to $26bn by 2027, researchers from Fortune Business Insights estimate.

Isar Aerospace expects clients to pay a premium for the convenience of its 1,000kg capacity Spectrum, which like other micro-launchers is less than half the height of a 230-foot Falcon 9. After its maiden blast-off in early 2022, the Munich-based firm is targeting a fee of €8,500/kg.

“Customers can book their satellite tickets at any time with maximum flexibility,” said founder and chief Daniel Metzler. Investors such as Lakestar, UVC Partners, Vsquared Ventures and Earlybird Venture Capital have provided Isar with a combined €90m over the past two years.

An hour’s drive from Munich, Rocket Factory Augsburg founders Stefan Brieschenk and Joern Spurmann aim to cut charges to €5,000/kg of payload by incorporating ready-made parts from Germany’s network of automotive suppliers, shrinking component costs by a factor of 10.

The lower price point would make the RFA One launcher more competitive with the SpaceX Falcon. Unlike SpaceX, which flies to set altitudes, RFA, along with its German rivals, will give customers more choice over the level at which their satellite is deployed.

“We want to be the shovel in the gold rush,” Spurmann said in an interview. “Everyone who needs to put something into space is a potential customer.”

In Neuenstadt am Kocher, about 150km to the northwest, HyImpulse’s Schmierer says he does not see small launchers ever competing with SpaceX in scale or pricing as he works towards the first test of the company’s SL1 rocket, designed to carry 500kg, in 2023.

Hendrik Brandis, co-founder of Isar investor Earlybird, says they do not need to, and that the Spectrum model will make money even at a customer fee of $10,000/kg.

“If we get launch prices down to that, we feel safe,” he said. “Commercial success will be guaranteed.”

The spacecraft will soon begin ground testing, with glide tests planned in mid-2021 at Virgin Galactic’s facility in New Mexico
Companies
9 months ago

SpaceX, a space exploration company, has begun offering satellite-based internet services in the US and other parts of the world
Companies
11 months ago

Joe Biden has said he looks forward to ‘leading a bold space programme ... to expand our exploration and scientific frontiers’
World
1 year ago
Next Article