How working from home is bad news for landlords 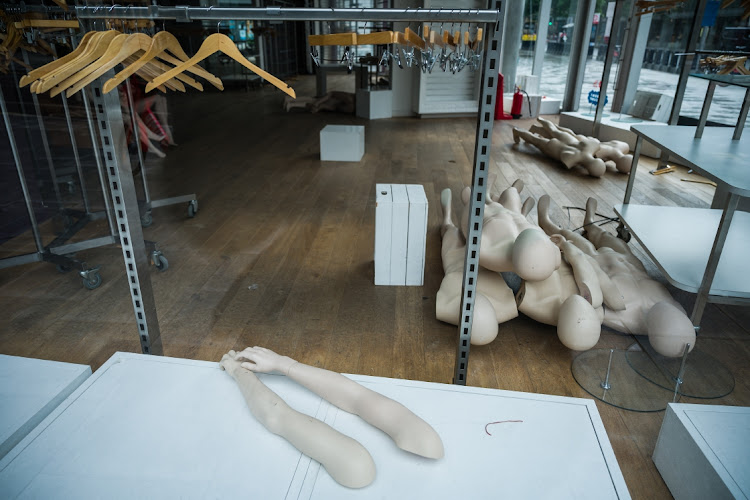 London — Early on in the pandemic, reports of the death of the office appeared greatly exaggerated.

But as Covid-19 lingers, and second infection spikes dot the global map, something is changing in how employees and employers view the workplace: It’s being seen as an option rather than a necessity for many white-collar workers.

Once we get the pandemic under control, this shift will be welcomed by cost-cutting companies and staff who dread the daily commute. But for the owners of commercial property — already reeling from the move away from brick-and-mortar retail — the consequences may be severe. The market values of UK commercial real-estate companies, such as Land Securities Group and British Land Co, have plummeted.

This isn’t just a question of tech workers at Alphabet, Twitter or Facebook taking the straightforward step of doing their stuff from home. All kinds of companies are making the same calculation. Alan Jope, boss of consumer goods giant Unilever, doesn’t see workers returning to offices 100%. Swiss bank UBS Group says a third of its employees could keep operating from home.

With property being a big business cost, employers would love to cut their space. Burberry, a British luxury company, is exploring whether it can save money on its offices outside the UK.

Analysts at UBS assume that, on average, working one or two days a week at home could become the norm. That would have big implications for office vacancy rates, which have a close correlation to rents. In London’s West End commercial district, for example, more home working — together with an impending recession — could mean the vacancy rate rising from 3.3% in the first quarter of 2020 to just over 10% at the end of the year, according to UBS. It might still be 11.5% in 2022, the bank said.

The real crunch won’t come immediately. Susan Munden, an analyst at Bloomberg Intelligence, notes that commercial tenants are tied into leases, and there are heavy costs in exiting rental agreements early. At the biggest European real-estate firms, average leases are four to eight years.

Better news for the property industry is that it will be able to reuse commercial space as residential developments assuming people still want to live in cities once the pandemic ebbs. By cutting supply in this way, UBS estimates that the West End office vacancy rate could stabilise at 5.1% by 2025.

And the office won’t disappear altogether. While Zoom does well enough for the more transactional elements of work, there’s no substitute for face-to-face interaction when collaborating on a creative project, building trust with clients or mentoring staff.

Yet landlords will have to work harder. Tenants already wanted modern, environmentally friendly buildings with good quality air, outside terraces and facilities such as bicycle storage. Covid will accelerate this trend.

Real-estate providers such as Derwent London — known for stylish buildings including the White Collar Factory in Shoreditch, which boasts a rooftop running track — may be better placed. British Land has taken note of the change, refurbishing parts of the flagship Broadgate estate it manages in London. Gecina, a Paris property specialist whose mission is to “design, build and manage living spaces to enrich the experience of our customers”, saw its net-asset value rise in the first half of this year.

Even as offices lose staff to home-working, they may need to retain space to make sure desks can be kept the right distance apart. Given more stringent hygiene requirements, hot-desking might be less desirable. Meanwhile, if the office is used for more collaborative work, more room might be set aside for meeting areas. British Land is already seeing demand from companies seeking short-term overspill space.

Tenants’ greater desire for flexibility — whether that’s through shorter leases or monthly rent payments — will nevertheless be a challenge for landlords, who need some certainty to service their own extensive borrowings. In the Covid era, such long-term guarantees are in short supply.

Considering the cost: businesses and relationships may pay a price for remote working

Many companies say they are unlikely to return to their office-bound existence once the pandemic has gone, but working from home must not be allowed ...
Features
8 months ago

Women are mostly absent from corporate suites at European retailers, even though they drive 70%- 80% of consumer purchasing and make up most of the ...
World
8 months ago