Amazon takes small businesses along for the Covid-19 ride 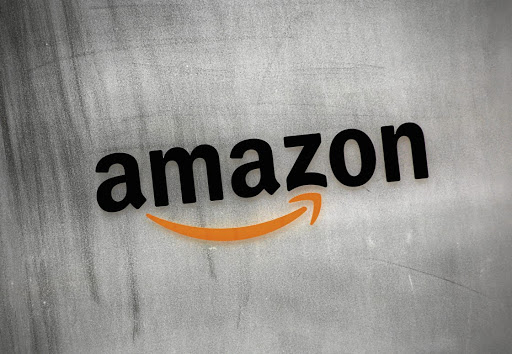 Seattle — Geckobrands was wary of Amazon when it first started selling waterproof smartphone cases and other outdoor gear seven years ago. The Michigan, company knew that getting too cozy with the world’s largest online retailer could alienate the bricks-and-mortar stores with which it was trying to develop relationships.

When the coronavirus pandemic struck, Geckobrands products were in more than 3,000 locations, including Dick’s Sporting Goods, the super-centre chain Meijer, and amusement park kiosks.

Now many of those stores are closed. With springtime orders tanking and bills piling up, Geckobrands has choked back its aversion to working with Amazon. “Our brand has to be more relevant on Amazon right now,” says Geckobrands president Gabe Miller, whose company now sells 50% more of its products through the e-commerce giant. “Store traffic, whether the retailer is open or closed, is just so suppressed.”

Consultants that help brands navigate Amazon’s marketplace say the company is attracting a broad range of vendors that before the outbreak sold everything from fishing gear and art supplies to clothing and beach bags at physical stores. Brands and wholesalers assume that many of their retail partners won’t survive the pandemic, meaning Amazon will probably hang on to much of the new business.

Jeff Bezos is spending heavily — and willing to forgo profits — to keep his company running through the pandemic. Amazon’s online sales soared 24% in the first quarter, the fastest pace in four years. Deemed essential, Amazon has a unique opportunity to grab market share while most of its bricks-and-mortar rivals are closed.

“This is one of those situations where the rich get richer,” says Andrew Lipsman, analyst at eMarketer. “It’s not just Amazon. The top 10 retailers that can remain open have a tremendous advantage and we’re going to see a lot of smaller retailers get washed out.”

Amazon’s market power is already being scrutinised by the US government, as part of a larger examination of the grip big technology companies have on the economy

Before the pandemic, about 45% of brands didn’t sell products on Amazon at all, according to a survey conducted by Feedvisor, which sells pricing software used by online retailers. And more than one-third said they didn’t need Amazon to reach customers. Many brands and wholesalers kept Amazon at arm’s length because they were concerned it would squeeze their margins, collect precious customer data and copy their most popular products.

Showrooming — when shoppers check out products in physical stores and later buy them online — made retailers reluctant to give shelf space to products prominent on Amazon. Nike’s retreat from Amazon last year highlighted brand frustration with Amazon. The pandemic has upended those realities and accelerated the ongoing stampede online.

What’s happening now echoes the Toys ‘R’ Us bankruptcy three years ago. The chain shuttered hundreds of stores and left more than $1bn in annual toy sales up for grabs, most of which went to Amazon, Walmart and Target. The difference this time is that multiple chains and categories have gone dark.

Under normal circumstances, Magpul Industries, a Texas-based gun-accessory maker, would be selling plenty of rifle scopes and stocks through Dick’s, Bass Pro Shops and Cabela’s. But with so many speciality retailers temporarily closed, Magpul is starting to put its wares on Amazon, according to Josh Cowan, a former Amazon executive who helps the brand and dozens of others sell products on the site.

“Brands are absolutely terrified to be reliant on Amazon right now, but they have no other choice,” says Cowan, an account manager at Streiff Marketing. “Amazon has been the one place where brands in all categories have said we have to double down.”

Ivory Ella, which sells “save the elephants” T-shirts and hoodies and donates proceeds to wildlife conservation, is considering putting inventory on Amazon, which it has traditionally avoided since it prefers online shoppers buy from its own website. The company sells merchandise to hundreds of mostly mom-and-pop gift shops in tourist towns around the country that closed due to the pandemic, putting almost half of its sales in jeopardy.

Amazon was never a good fit for the brand’s strategy, says CEO Cathy Quain, but now it has no other choice. “It’s a necessity for us to be where people can shop. If we have another surge of the virus come holiday season and retailers have to close in October, November and December, people will be doing most of their shopping on Amazon.”

Amazon has long enjoyed outsized power over small businesses that generate most of their sales on its site. Now that leverage is expanding to include bigger brands that could previously rely on physical stores for most of their sales. Meanwhile, store closings and shelter-in-place orders have sped up consumers’ stampede online, with Amazon emerging as one of the few remaining sales outlets.

Big-box chains such as Walmart, Target and Costco Wholesal are also benefiting because they’re allowed to remain open to sell groceries, along with just about everything else. But they face restrictions on what they can sell in some states while Amazon has eluded any such mandates in the US

Amazon’s market power is already being scrutinised by the US government, as part of a larger examination of the grip big technology companies have on the economy. Last week, the chair of the House judiciary committee investigating Amazon threatened to subpoena Bezos if he ignores a request to testify before the committee.

The demand followed a Wall Street Journal report that the e-commerce giant used data from third-party sellers on its site to develop competing products, contradicting testimony from an Amazon executive before the panel while under oath last year.

The US Federal Trade Commission is also investigating the relationship between Amazon and its suppliers to determine if the e-commerce giant uses its market power to stifle competition.

Bricks-and-mortar store closings only strengthen Amazon’s position. Online sales growth doubled to 30% in March and about tripled in April, according to Lipsman of eMarketer. The pandemic puts Amazon in a unique position of being able to grow quickly even if overall consumer spending shrinks due to rising unemployment and a retrenching economy.

The losers are the mom-and-pops that have closed to protect public health. More than half small businesses closed and 80% have let go employees, according to a survey by the Main Street Alliance, a network of 30,000 small business owners.

“One of our major concerns for the long term is the potential for massive corporate consolidation and monopolisation of our economy,” says Sarah Crozier, a spokesperson for the group. “If Main Street is left to wither, the economy will look vastly different at the other end of this.”

Amazon said to have bought cameras from blacklisted Chinese company

The Amazon deal is legal as the rules control US government contract awards and exports to blacklisted firms, but do not stop sales to the private ...
Companies
1 year ago

TIISETSO MOTSOENENG: Edcon’s business model is horribly out of fashion

ARTHUR GOLDSTUCK: Cloud computing is at the heart of curbing Covid-19

The Amazon Web Services cloud platform, built in Cape Town, made possible a wide range of responses to the crisis
Opinion
1 year ago

French court to decide just what goods Amazon can deliver

Some French firms are battling to get products out during the Covid-19 lockdown, and other delivery methods are too expensive
Companies
1 year ago
Next Article

STHEMBISO MSOMI: Of course we love Cuba like a brother

STHEMBISO MSOMI: Of course we love Cuba like a brother