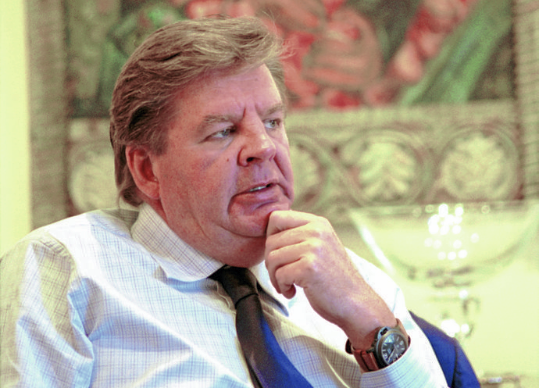 Johann Rupert’s Reinet Investments, which owns about 3% of British American Tobacco (BAT), says an increase in the value of its stake in UK insurer Pension Corporation has partially made up for BAT’s share decline.

Reinet’s net asset value of €4.8bn at the end of March was 5.8% lower than a year before, the company said in its annual financial statements on Tuesday.

This mainly reflected the decrease in the share price of BAT to £31.94 from £41.31 over the period, said Rupert, the chairman of Reinet.

“Offsetting these decreases is an increase in the value of Pension Corporation of €175m, dividends received and receivable of €148m from BAT, together with the positive impact of the strengthening of the US dollar and sterling against the euro during the year,” Rupert said.

The investment in BAT represented about 52.2% of Reinet’s net asset value at the end of March, from 62.4% a year before.

“We are confident that BAT remains an attractive long-term investment and that the current industry challenges will be appropriately managed,” he said.

"The outlook remains positive for Pension Corporation as it is very well placed to compete for the ever-increasing pipeline of business coming to market in the UK,” Rupert said.

The billionaire said investment opportunities were otherwise hard to come by.

“With rising debt levels, global uncertainty and political divisions in both the USA and Europe, finding good opportunities for investment can be a challenge and protecting the downside becomes more important,” he said.

“In times of uncertainty, Reinet’s approach is to maintain value for its shareholders over the long-term. Our focus will remain on businesses that we understand and business partners that we know and trust,” Rupert said.

Reinet’s share repurchase programme would also allow the company to buy back shares at prices “substantially below the intrinsic value of the underlying assets”.

After losing ground in 2018, BAT’s shares gained 27.4% in the first quarter, but have since given up some of those gains
Companies
3 years ago

Outlook for watches is not improving, while investment in luxury fashion retailer YNAP is likely to hinder profitability, investment bank says
Companies
3 years ago
Next Article

Remgro fibre bid opposed by company linked to it

Remgro fibre bid opposed by company linked to it